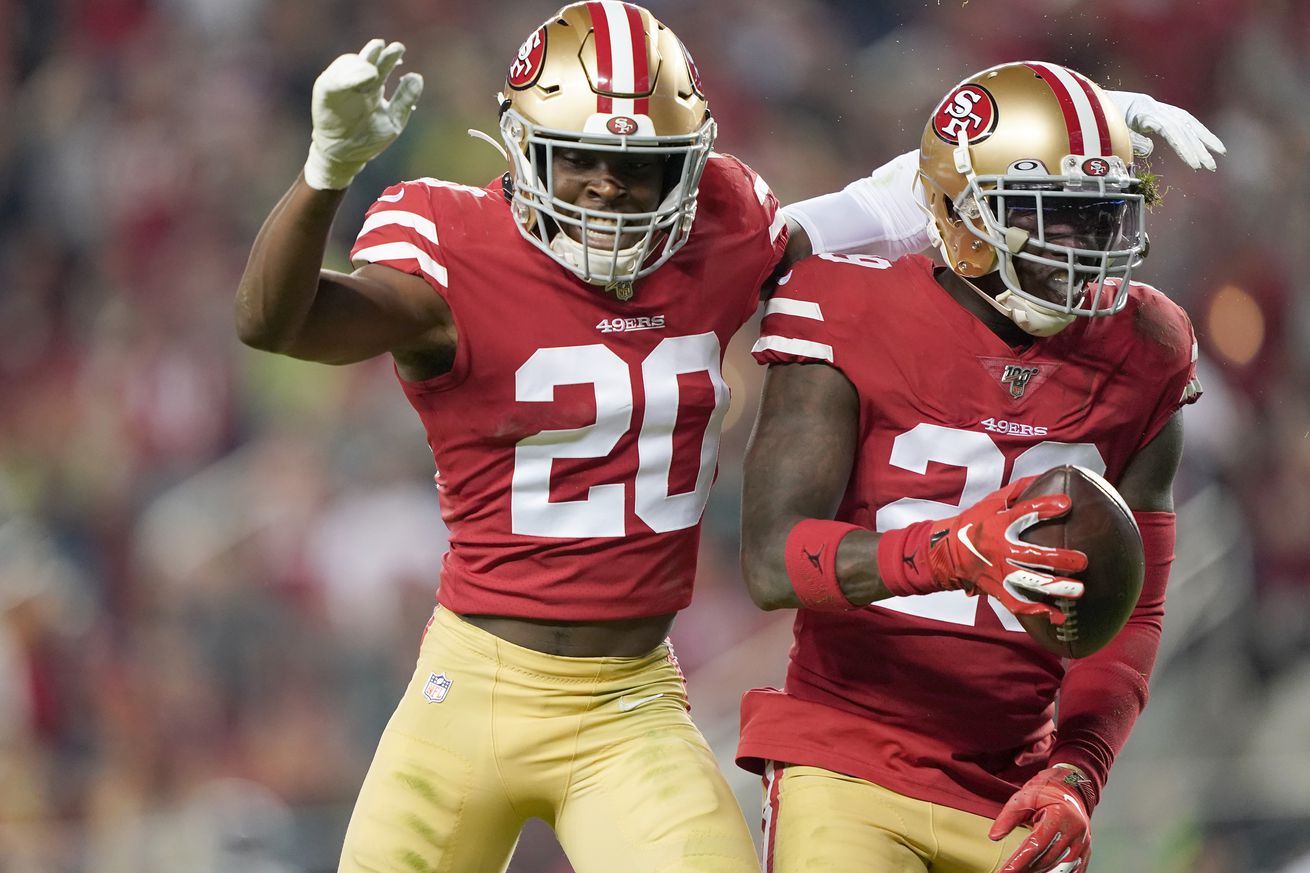 Shanahan remains optimistic that Ford will be active Saturday

The bye week is finally over, and football is back. The San Francisco 49ers return to the practice field Tuesday. Kyle Shanahan said safety Jaquiski Tartt would be a full-go at practice. That’s great news as Tartt hasn’t played in a game in over a month. Tartt has been recovering from broken ribs that he suffered during the Ravens game on December 1.

The other big news is that linebacker Kwon Alexander has been fully cleared by the team’s medical staff, so it’ll be a coaching decision if Alexander suits up. Shanahan initially thought Alexander wouldn’t be back until the NFC Championship. He said, “I was told a long time ago maybe there was an outside chance he could play in the championship. Kwon has been trying to get back, trying to prove us wrong.”

Shanahan also said he remains optimistic that edge rusher Dee Ford will play Saturday. Ford will be limited in practice on Wednesday when the 49ers have a full-padded practice. ESPN’s Nick Wagoner had a mind-blowing stat when Ford was on the field. The 49ers had 24 sacks on 164 snaps with Bosa and Ford on the field together. The defense had 24 sacks on 801 snaps on all other plays. So yeah, Ford will be a huge get for the defense. Ford, Alexander, Mike Person, and Kentavius Street will all be limited.

On Person, Shanahan has said that he has earned the right to start if he is healthy. With that said, the Vikings put their edge rushers inside and that caused chaos for the Saints. Generally speaking, your offensive guards aren’t as athletic as your tackles, so Everson Griffin and Danielle Hunter kicking inside make life miserable for your interior linemen. That would lead me to leave Daniel Brunskill as the starter, as he’s superior in pass protection and has experience blocking edge rushers. We’ll see how things shake out. That’ll be interesting.

Shanahan would not tip his hand on who will start opposite of Richard Sherman, either. He said he’s he has a pretty good idea who the team is leaning towards and is very confident in both players, but won’t say who will start.