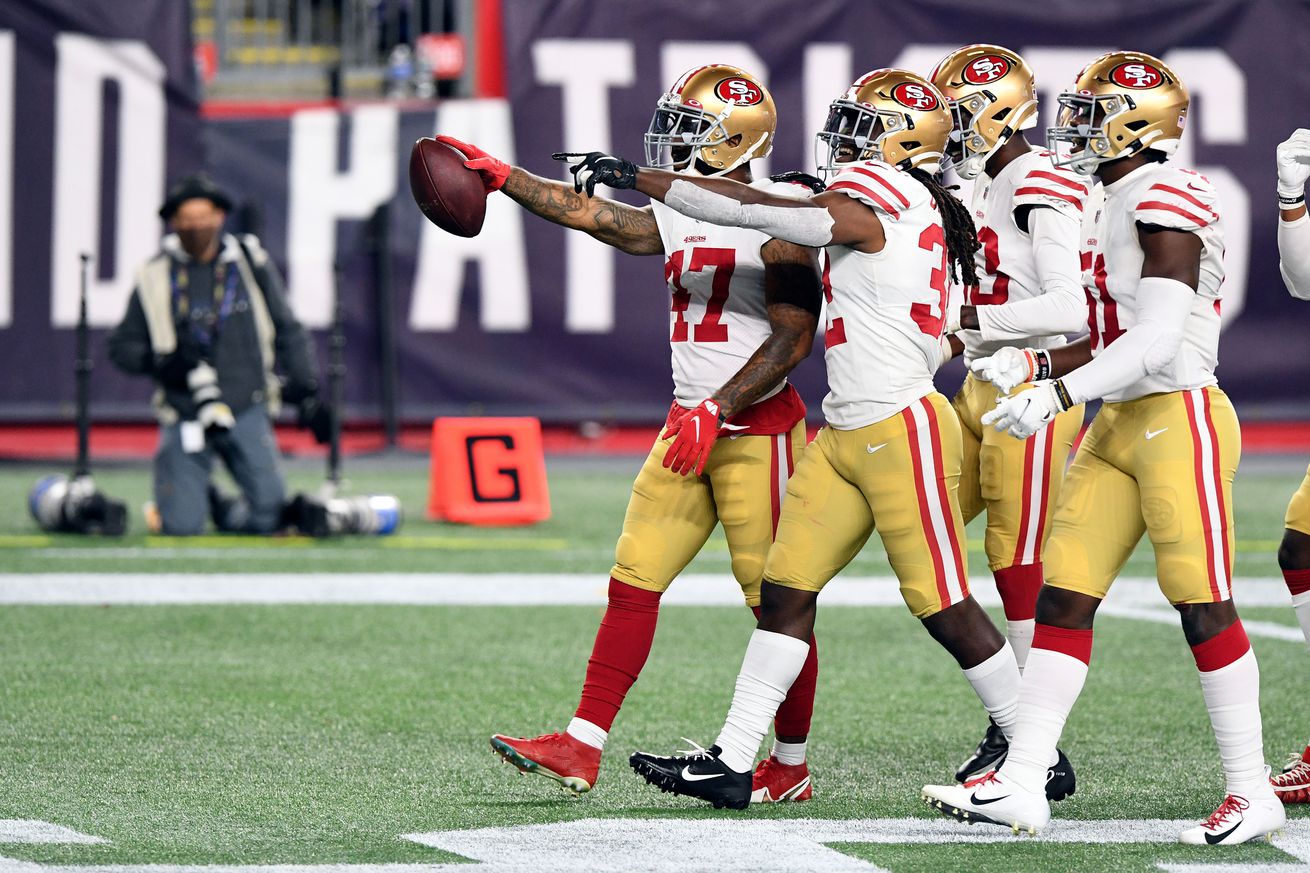 Levin Black joins me on the latest edition of the podcast

Simply put, the day belonged to the 49ers from the opening drive until the final whistle. Using a punishing running attack and a defense that smothered the Patriots into four turnovers, the 49ers rolled to a 33-6 win. It was the worst home loss in Bill Belichick’s 21 years with the Patriots.

San Francisco looked sharp right from the start, embarking on a nine play, 75-yard touchdown drive on their first possession, punctuated with the first of Jeff Wilson’s three touchdowns on the day. It was the first opening-possession touchdown the Patriots had allowed at home in the regular season in four years.

Even an early Jimmy Garoppolo interception couldn’t derail the offense in this one, as San Francisco racked up 467 total yards, 197 of which came on the ground, and more than 38 minutes in time of possession.

As I said in tonight’s Instant Reaction podcast (which you can find on this page), all of a sudden, the 2019 offensive line showed, and when the 49ers block like that, they’re unstoppable.

While the offense was great, the defense held New England to 241 total yards despite missing both starting safeties, a starting linebacker, their best cornerback, and their two best pass rushers. Luckily, they still had number 54.

“Fred Warner is the best linebacker in the league,” Levin said, “He just takes up that whole middle of the field and just makes it so much easier on everybody. It allows the corners to just worry about the outside, because you know Warner is going to cover up anything that’s coming underneath over the middle.

Here are some of the other topics we covered during the episode:

-Why Jimmy Garoppolo played better than the box score suggests

-What is the impact of the Deebo and Jeff Wilson injuries?

-Should the team’s play the last two weeks make them buyers at the trade deadline?

If you like what you hear, please rate, review, and subscribe to the Niners Nation Podcast Network.