The 49ers could use some additional defensive end help with Jordan Willis suspended for six games and questions about Dee Ford’s availability. Cornerback Jason Verrett on Tuesday took to Twitter to try and help San Francisco in that area.

Verrett, who spent his first five NFL seasons with the Chargers, reached out to free agent defensive end Melvin Ingram on the social media platform in response to a question about which team should sign Ingram. Ingram and Verrett played together for five seasons after Ingram went in the first round of the 2012 draft, and Verrett joined the club two years later as a first-round pick.

That Red n Gold wit the dreads swangin would look good on you Brodie @MelvinIngram https://t.co/YTPERVTpoF

There’s been no indication that the 49ers and Ingram have been in contact, but there’s surely a path to him joining the club. If San Francisco gets into camp and the coaching staff isn’t confident in what they have at defensive end, going after the top available DE would make plenty of sense. Ingram may need to take a little less than he’s looking for on the open market to come to the Bay Area. On the other hand, he’d be joining a team that’s a playoff contender and taking on a significant role on their defense.

6 most interesting offseason additions for 49ers 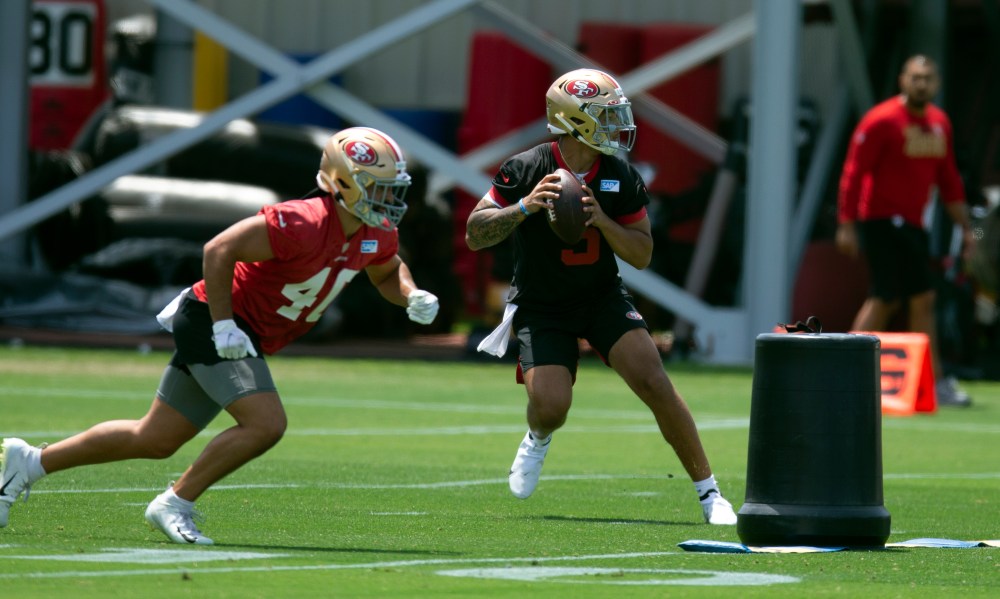