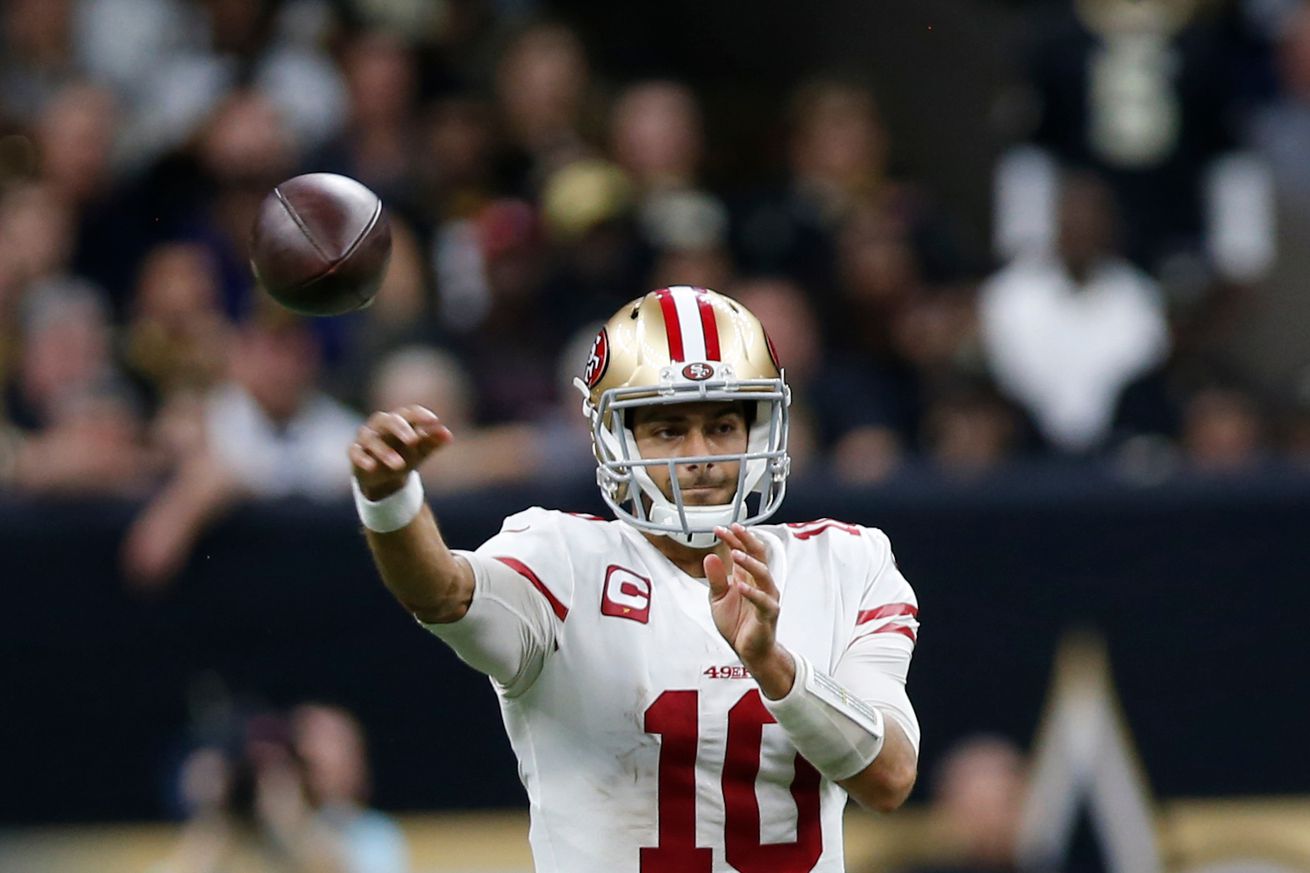 A few weeks ago, Mark Schofield broke down Jimmy Garoppolo, saying that he must improve his footwork. Schofield continued the series looking at Garoppolo’s ability to manipulate the middle of the field, which is a critical part of quarterbacking at this high of a level. For the full series, you can check out Schofield’s work on Matt Waldman’s site here. Both of those guys do amazing work and go in-depth.

In Schofield’s first video, he uses three examples of Garoppolo moving underneath defenders with his eyes. The first video is a play-action pass against the Saints:

As Schofield said, the route concept helps Jimmy G use his eyes to look off the defender.

Here is the second example against the Packers:

In this play, Garoppolo looks to the flat, which forces No. 91 to get out of the throwing lane. Jimmy G hits Deebo Samuel in stride for a tuddy. I don’t want to speak over Schofield’s analysis because he put in a lot of work, so listen to what he says above.

The final play comes against the Panthers:

It’s 3rd & 11, which means linebackers are going to get depth. Garoppolo not only uses his eyes on this play but gives the linebacker a quick fake to move him out of the throwing lane. That allowed Jimmy to find Emmanuel Sanders for a first down.

Some of Garoppolo’s main critique is his inability to see underneath defenders. Schofield does a nice job of highlighting Garoppolo, showing he is capable of such. This takes us back to square one, and the reason people like myself are so hard on him. Jimmy can do anything you ask a quarterback to do. Now, it’s about doing everything and doing so consistently.