The 49ers at the start of the second half announced quarterback Jimmy Garoppolo was questionable to return with a calf injury. He wound up spending the duration of Sunday’s loss to the Seahawks in a hat on the sideline. Now all eyes turn toward Week 5’s matchup with the undefeated Arizona Cardinals where Garoppolo doesn’t sound certain he’ll be available.

The injury came as a little bit of a surprise because there was no indication Garoppolo was hurt. He told reporters after the game that he suffered the injury on the 49ers’ first drive of the game.

“It happened in the first series,” Garoppolo said. “I don’t know exactly what happened. I tweaked the calf. It hurt initially. I thought I could keep trying to go in, it just kept getting worse and worse traveling down the Achilles a little bit.”

Garoppolo said he didn’t think it was an Achilles issue, but he did indicate he may not be ready for next Sunday’s matchup with the Cardinals.

“It feels like just the calf right now,” Garoppolo said. “I’m hopeful it’ll just be a couple weeks or something.”

If Garoppolo is unable to go, rookie Trey Lance would go into Arizona as a starter in a game that is effectively a must-win if the 49ers want to contend for the NFC West crown. Lance went 9-for-18 for 157 yards and two touchdowns in Garoppolo’s stead vs. Seattle.

Garoppolo told reporters he’ll have an MRI to get a better look at the injury in his right calf. The 49ers open their Week 5 practices Wednesday at which point we should have a better idea of his availability moving forward.

Observations: Wheels come off in 49ers loss to Seahawks 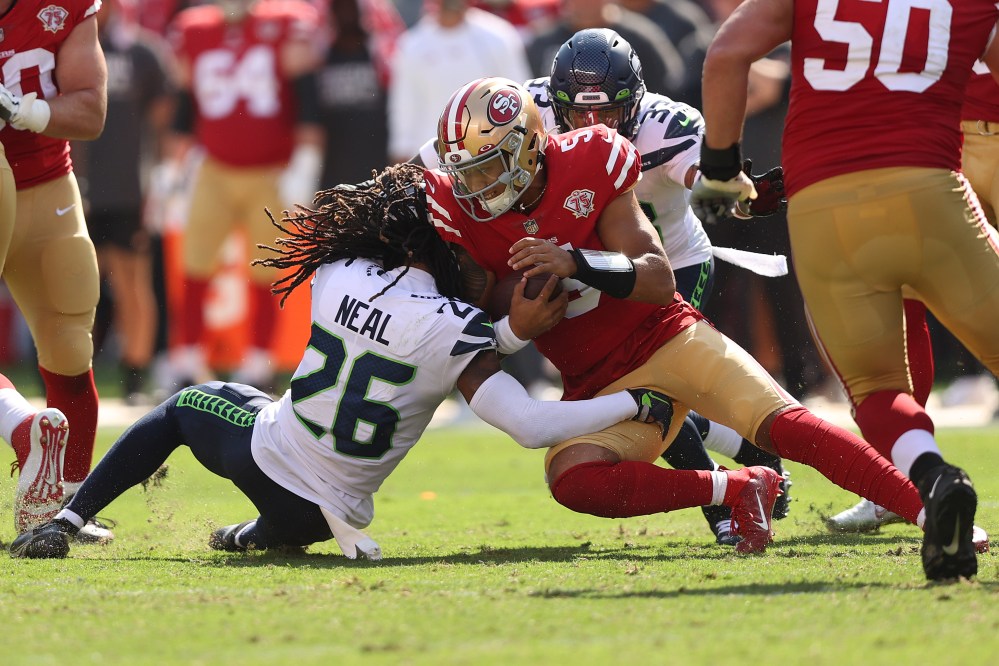