There won’t be any punishment from the NFL for 49ers defensive lineman Kentavius Street’s hit on Saints quarterback Drew Brees that resulted in a 15-yard roughing-the-passer penalty in the 49ers’ Week 10 loss. Jimmie Ward was fined for a high hit on Saints wide receiver Tre’Quan Smith per NBC Sports Bay Area’s Jennifer Lee Chan.

Street’s hit drew the ire of fans across the league after he appeared to wrap up Brees and land to the side. Officials ruled Street violated the rule that prohibits defensive players from putting all or most of their bodyweight on a quarterback. The penalty gave the Saints a first-and-10 at the 49ers’ 14 instead of a third-and-18 and the 29-yard-line. They scored three plays later to tie the game at 10.

No additional punishment from the league doesn’t necessarily prove the officials were wrong, but it does act as further evidence that the hit wasn’t worth a 15-yard penalty.

Ward’s hit came later in the second quarter. Smith dove for a throw over the middle and the 49ers’ safety came across and hit him in the head with his shoulder. The play did not result in a flag, although it was probably more egregious than the Street hit which did earn a penalty. The league reviewed the play and levied a $15,000 fine. 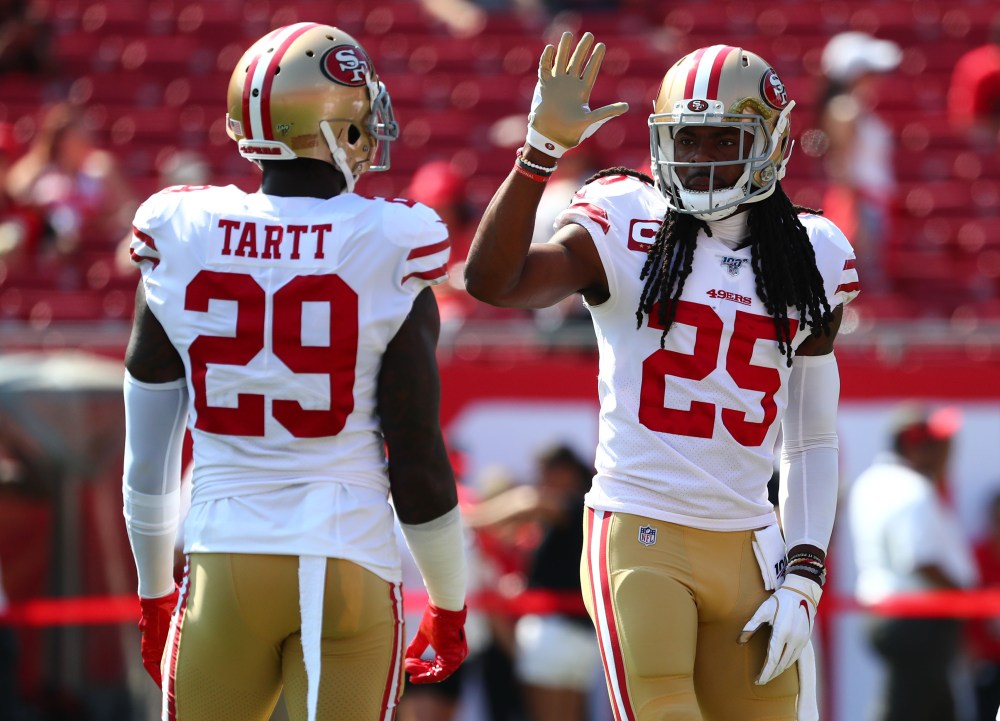