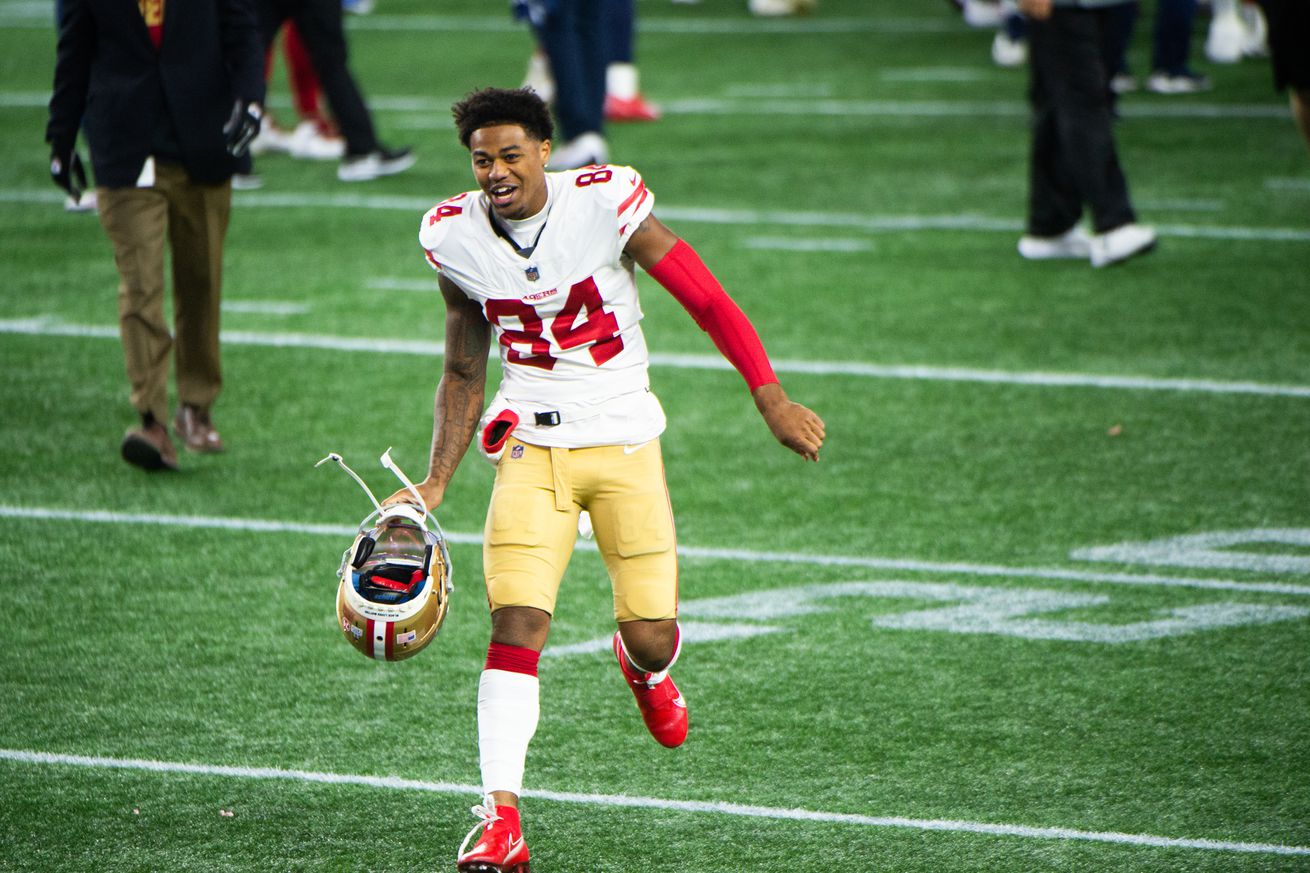 Some good news for the 49ers

Kyle’s update, 9:56 a.m.: Bourne has officially been activated from the Reserve/Covid list:

The #49ers today announced they have activated WR Kendrick Bourne from the Reserve/Covid-19 List.

San Francisco 49ers general manager John Lynch was on KNBR Friday morning and discussed a few topics that have been on all of our minds all week. Let’s start with Kendrick Bourne, who Lynch confirmed would travel with the team to New Orleans on Sunday. NBC Sports Matt Maiocco reported that Bourne is expected to be removed from the NFL’s reserve/COVID-19 list Friday morning. That’s great news for the Niners, as Deebo Samuel is unlikely to play Sunday.

Lynch said that Samuel was still dealing with pain in his hamstring. The 49ers are going to give it another shot during Friday’s practice, but Lynch admitted if you can’t go on Thursday, that’s generally a sign that you won’t play on Sunday. He seemed frustrated with the mounting injuries and pointed out how River Cracraft took a knee to the thigh during Wednesday’s practice. This team cannot catch a break on the injury front.

“I think the most encouraging thing was that his recommendation, which was in line with our orthopedist, was that he didn’t need surgery right now. Right now, we’re going to leave it alone, we’re going to give it some time to kind of settle down, and then start to ramp him back up. At that point, if it’s not good, then you might have to go do it. But for right now, the good news is no surgery necessary, and I know Jimmy was excited about that, as were we.”

Lynch added that people would try and pick apart Garoppolo’s game, but “we’re a better football team when he’s out there. We win a lot of fo games when he’s out there. We struggle to win without him.” Lynch said people could try to pick his game apart, but he believes the injury has played a part in Jimmy’s lackluster season. I know many fans grasp on to these quotes, but saying you’re a better team when your starter plays isn’t saying much.

On cue, Lynch followed that up by confirming Vice President of Player Personnel Adam Peters was at the Boise State/BYU game a week ago, where potential first-round quarterback Zach Wilson played. Lynch did say, “we scout all of these guys,” and stopped talking before he gave out too much information.