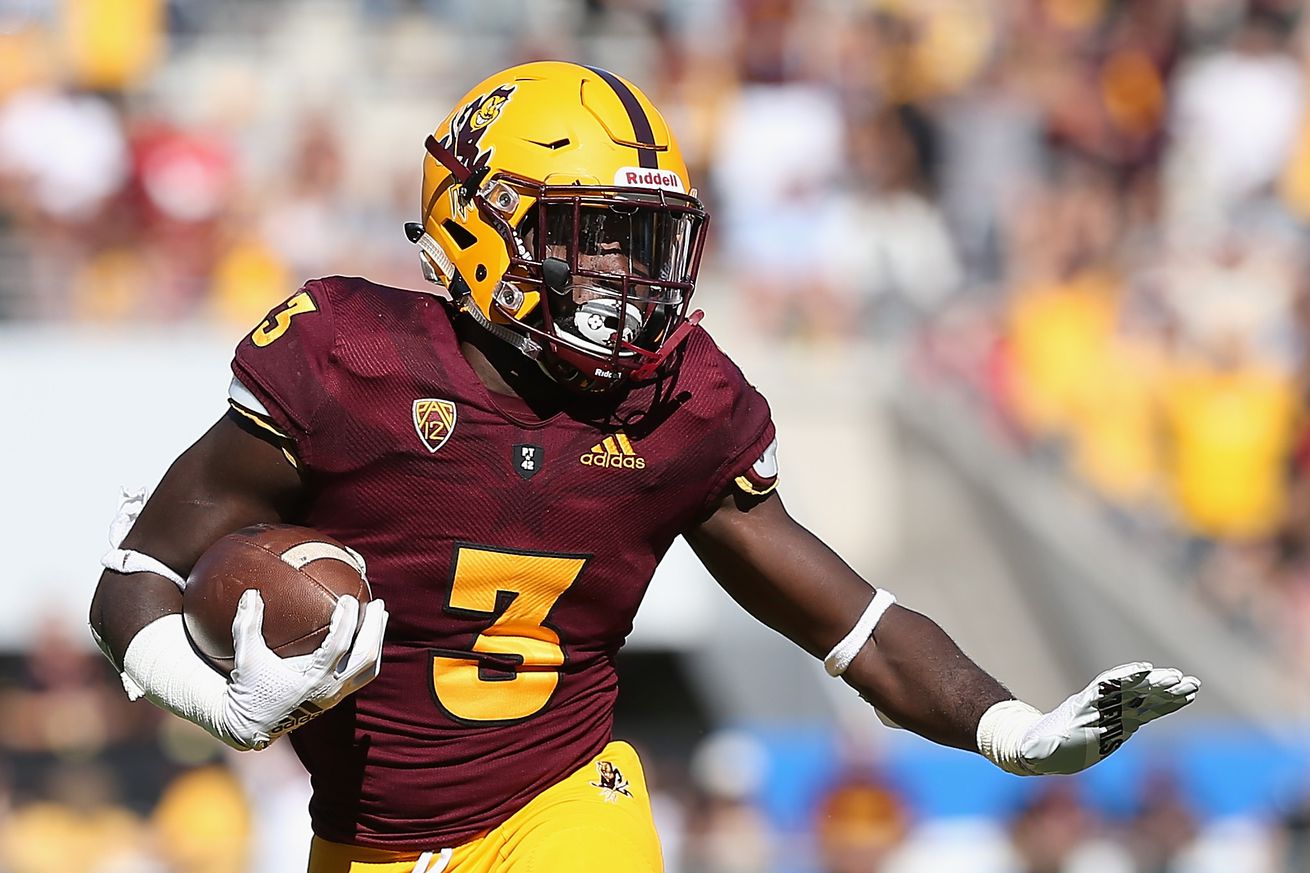 Greetings Faithful! We have reached the final day of the year…and this decade! I want to take this opportunity to with the entire FAITHFUL a very happy new year! Here’s to a healthy and wonderful 2020! May the new year and decade be merry and bright for our San Francisco 49ers!

Before we ring in 2020, we have five exciting bowl games! New Year’s Eve happens to be one of the busiest days in the college football postseason, and so if you are looking to catch some football before the ball drops, there are plenty of options to tune into to! Ringing in the new year also brings us one step closer to the 2020 NFL Draft. Let’s jump in and meet some prospects who will most likely be calling the NFL home in 2020!

This seems like an even matchup from all three phases. What it boils down to for me are recent performances. Other than losing to Virginia, the Hokies have been playing some inspired football. I am going to ride that wave of momentum and take the Hokies in a tight game. Give me Virginia Tech 28-26.

One of the most intriguing and unique prospects in the 2020 NFL Draft class. Lynn Bowden Jr. began the year as a receiver, and that is where he is projected to play at the next level. However, due to multiple injuries at quarterback, he was asked to take snaps under center. Bowden Jr. was a highlight reel week in and week out. He has incredible versatility and is dangerous in the open field. On tape, Bowden works best in gadget, out-of-the-box like plays. For one reason or another, I can see Kyle Shanahan taking advantage of this in his offense. Bowden Jr. reminds me of Jaylen Samuels of the Pittsburgh Steelers. Having quarterback experience doesn’t hurt his stock either.

What Florida State team is going to show up? A team that has gone through another coaching change amid another disappointing season. On the other side, you have Arizona State who had one of the bigger upsets of the season defeating and Oregon Ducks team who at the time was destined for the playoffs. The game could swing either way, but seeing the state of both teams at the given moment, I am going with Arizona State. However, the Noles will cover. Give me Arizona State 27-24.

The do-it-all workhorse running back from Arizona State is a name to watch in the upcoming 2020 NFL Draft. Benjamin has great size and measurables that scouts and evaluators seek at the next level. On tape, Benjamin demonstrates his vision and ability to cut through gaps and holes and bust out for big gains. Will also challenge defenders along the edge and stretch out to extend the play. Has some of the best contact balance this draft class has to offer. His ability to cut on a dime makes him a human joystick on the field and a pain for defenders to tackle. Lastly, his abilities as a receiver give Benjamin every opportunity to be a true three-down workhorse at the next level. Every year we have at least one running back from day two who becomes a star at the next level. Benjamin is one to watch in 2020. I have a second-round grade for Eno at the moment.

Unlike our first two bowl games today, I see more of a mismatch in this game. Navy’s ground game should expose the Wildcat’s defense, especially upfront. I expect Navy to score early, take the lead, and not look back. Navy wins this one comfortably and covers the spread. Navy wins 35-21.

What I like about Scott Frantz is the opportunity and ability to play both tackle and guard that the next level. Even though he is listed as a tackle, some talent evaluators and scouts see him more as a guard as a pro. He plays strong and with a lot of strength, trusting his lower body and his legs to shift with momentum along the line. Frantz is not a finished product and is no more than a day three selection. However, he offers a team valuable depth at one of the most important positions on the field and can potentially come in as a rotational player as he continues to fine-tune his game.

Both offenses should have plenty of looks and opportunities to score. It comes down to the defense that makes more plays. I believe the Cowboys have the better defense in this one. Wyoming wins and covers the spread 34-24.

Once the ball is snapped, if Logan Wilson is checked into the game, you will most likely find him in or around where the ball is. As you can see from his stat line, the senior linebacker produced volume and positive contributions for the Cowboy’s defense. He has great size for the position, and even at his size, Wilson plays with outstanding speed, particularly his straight-line speed. His coverage protection has increased in ability with each passing season, and his ability to stop the ground game and make an impact against the pass only increases his value. Most importantly, I just love his football instincts and awareness. His football IQ is high, and I think that is crucial, especially for a linebacker.

Texas entered this season with sky-high playoff expectations. After defeating Georgia in the Sugar Bowl, the nation was ready to welcome the Longhorns back to the national stage. The only problem was that Texas didn’t seem to get that memo. If ever there was a team with something to prove, it is Texas. Again, they will have an opportunity to go into the offseason with a statement win. On the other side, you have Utah, who was a win away from the College Football Playoff before losing to Oregon in the PAC 12 Playoff Game. No Playoff, No New Year’s 6 Bowl…Will Utah be up for this game? Sound familiar Georgia fans? I am going to give the Utes the benefit of the doubt and say they come out strong here. Texas is still a national brand, and Utah has playoff dreams, and what better way to kick off next year’s campaign than to knock off a national brand which was supposed to be back this season. It’s horns down, and Utes up for me. Utah wins and covers the spread 42-28.

Hello, red-zone target! Hello, Collin Johnson! Talk about size, physicality, and the ability to outbox defenders in one to one matchups. Sounds like another big target for the 49ers to utilize with George Kittle. His measurements and frame are what scouts and evaluators seek at the next level. He has good speed for the position and can create separation at all three levels on the field (Short, Intermediate, and Deep Routes). On tape, Johnson has demonstrated his ability to create yards after the catch. He has strong hands and is a reliable pass catcher. Johnson is continuing to develop his route tree. A smooth runner, who brings a physical presence along the line of scrimmage, and can move the chains and advance the series. He has a favorable wingspan and creates large windows for his quarterback. He should prove to be a red-zone threat at the next level. Adding more speed and agility will benefit Johnson and his draft stock moving forward. There is certainly more room for growth and development.

Who are YOU excited to see in action on New Year’s Eve? Please share in the comments below!