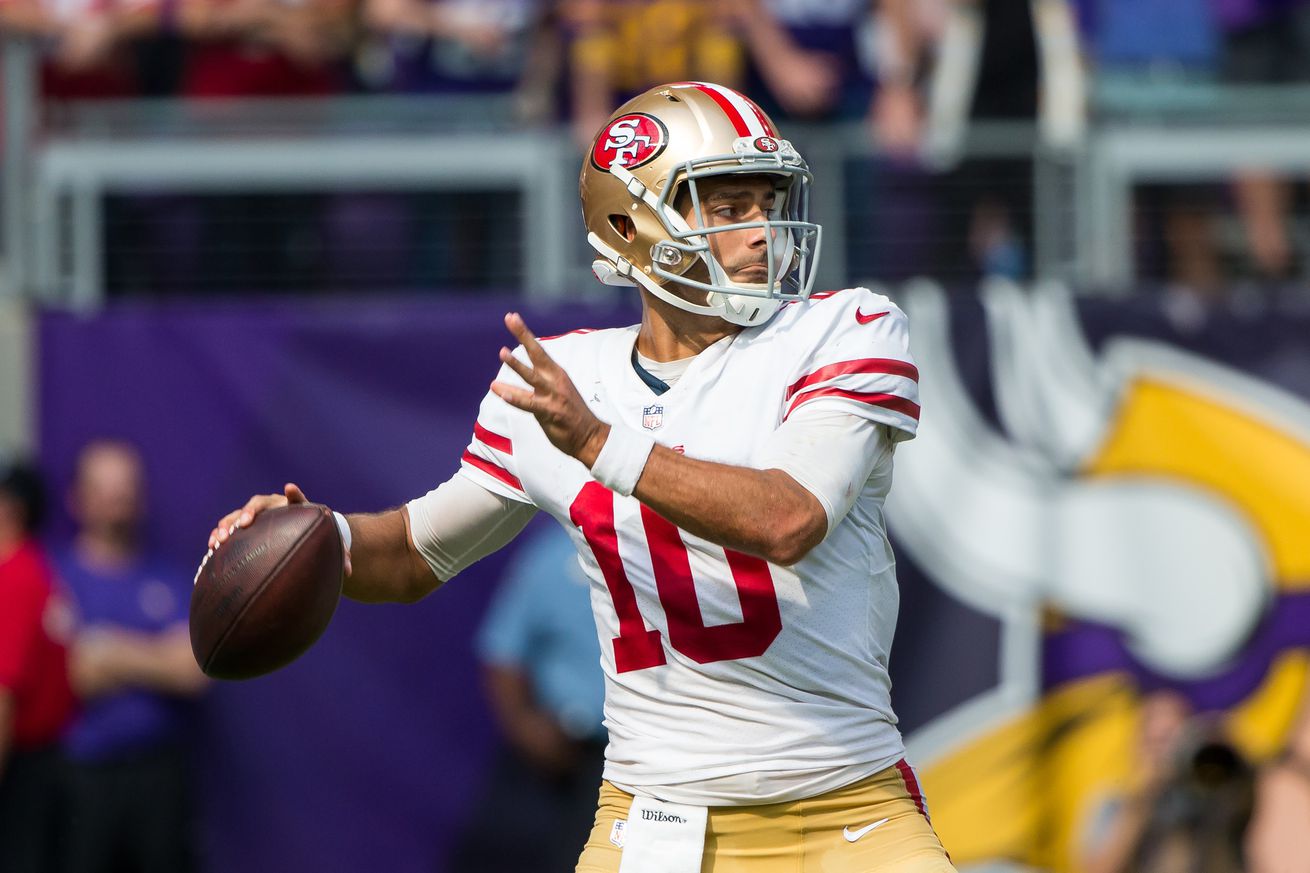 Those of you worried the San Francisco 49ers would face the Seattle Seahawks for part III can relax. That game isn’t happening, or at least it’s delayed. The Minnesota Vikings upset the New Orleans Saints in Sunday’s NFC Wildcard game 26-20 in overtime and will now advance to face the 49ers at Levi’s Stadium.

The 49ers and Vikings will play Saturday.

I think many of us felt the Saints would have this game won and then be watching the later Philadelphia Eagles-Seattle Seahawks game, seeing who the 49ers would face. The Vikings are now the lowest seed in the playoffs regardless.

We’ll have a lot more this week on 49ers-Vikings, but this should be an interesting game. The Vikings have shown they can run the ball and won against the Saints via some creative play-calling. They also have a decent defense that was making life hell for Drew Brees all day.

The 49ers, on the other hand, are getting healthy at the right time and have one of the best offenses in the league. Many might prefer the Eagles due to the injury-riddled roster, but the Vikings have their issues — namely the play of Kirk Cousins, who has been hot and cold all season. The Saints also relied on some gadgets and “cute” plays that could cost them against the likes of Nick Bosa and Dee Ford.

They also are going to San Francisco. The Vikings play in an enclosed stadium, and the fact they will be playing on actual grass has to have a difference in their play, unlike the Superdome, which is a bit more familiar in field.