A slow start by the 49ers and hot starts by the Cardinals and Rams very likely puts the NFC West title out of reach for San Francisco. The playoffs are a much different story, especially after their 31-10 Week 10 win over the Rams.

Had the underdog 49ers lost to the Rams they would’ve fallen to 3-6, and sat with the Seahawks and Bears near the bottom of the NFC. Instead, their victory moves them to 4-5 where they end Week 10 as the No. 9 seed just 0.5 games back of the No. 7-seed Panthers.

There’s a ton of reason for optimism in the Bay Area with the way the NFC is shaping up.

The 49ers have games left against the Falcons and Vikings, both teams they’ll either be able to gain or separate from depending on how the season shakes out. They’ll also face the Rams again in Week 18 in a game that figures to have big playoff implications.

Other good news for San Francisco: the Falcons have four wins, all against really bad teams, and the Saints are trying to string together wins with backup quarterback Trevor Siemian running the show. The Panthers are also finding their way with a shaky quarterback situation.

The final couple playoff spots are still very much up for grabs, and the 49ers have a handful of very winnable games coming up. This is a huge opportunity for them to put a bad start behind them and put themselves in possession of a playoff spot to control their own destiny down the stretch.

Observations from a dominant 49ers victory over Rams 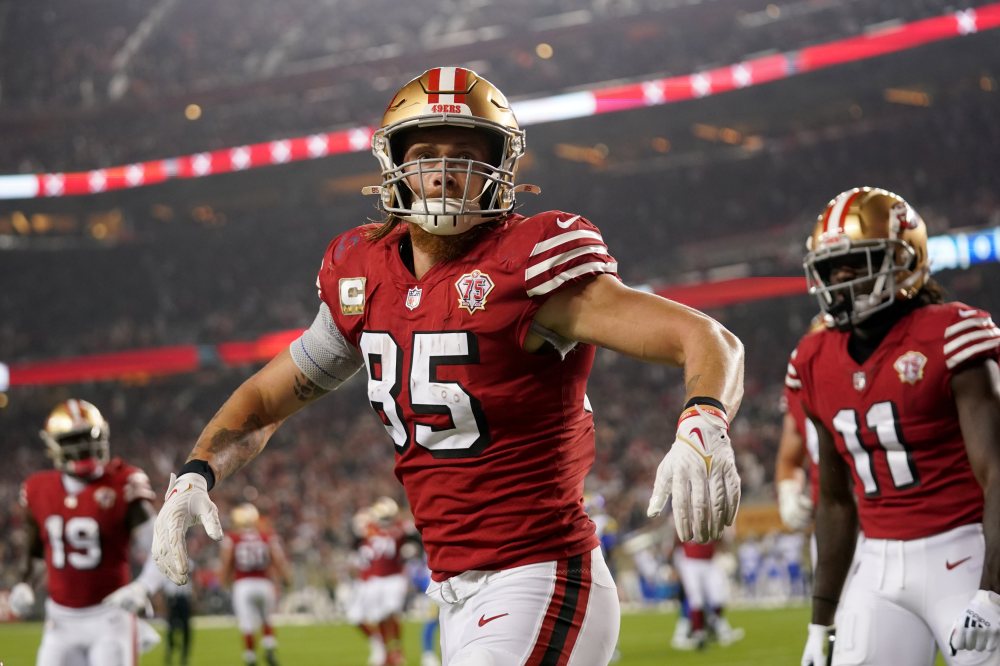