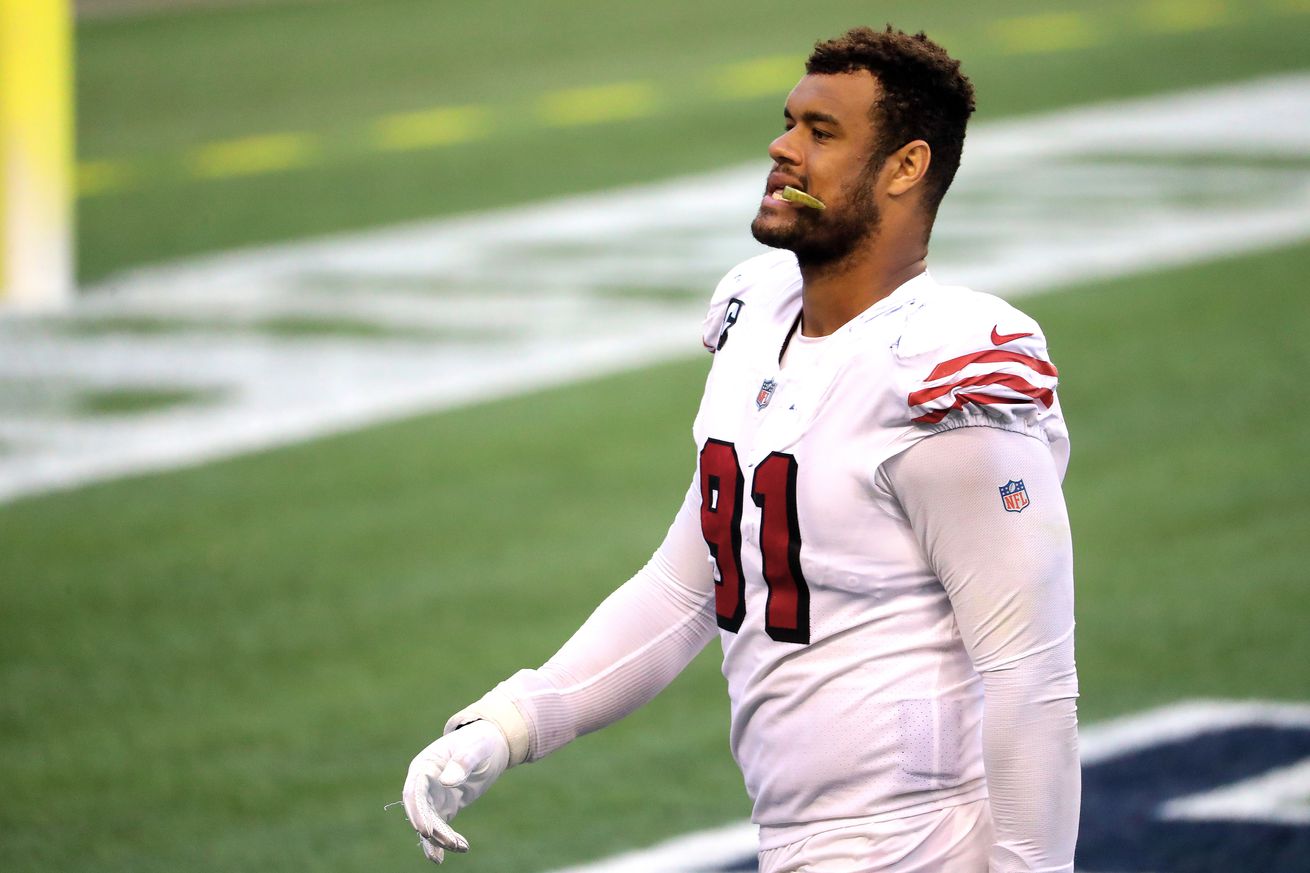 San Francisco was moving up the ranks before the blowout defeat in Seattle.

The San Francisco 49ers suffered a crushing loss in Week 8 to the Seattle Seahawks. It looked like the Niners were turning the corner after a 2-3 start, but they came crashing down last week in the Pacific Northwest.

Quarterback Jimmy Garoppolo will be sidelined for quite some after re-aggravating his ankle injury that forced him to leave the game after three quarters. Nick Mullens will get the start against Aaron Rodgers and the Green Bay Packers on Thursday Night Football. The backup will be without his favorite weapon, George Kittle, after the superstar tight end broke a bone in his foot.

ESPN has the 49ers 15th (same position at last week)

The biggest point of optimism for the Niners should be that they’re bound to have better injury luck at some point, but based on how it’s going, that can’t be counted on. What can be is a coaching staff that has found ways to cover up for many of the warts that the injuries have exposed. That’s not always the case, as Sunday’s ugly loss to Seattle would attest, but it’s been enough to keep the Niners in the mix. They also will get a mini-bye after a Thursday night game this week, and their actual bye is just a few weeks off. That rest is much-needed as the Niners eagerly await reinforcements. — Nick Wagoner

NFL.com has the 49ers 17th (down four spots from last week)

A devastating Sunday for the manic 49ers, who were blown out by the rival Seahawks and lost both Jimmy Garoppolo and George Kittle to injuries. Garoppolo suffered a high ankle sprain and Kittle has a small fracture in his foot — both stars are expected to miss multiple weeks. A hobbled Garoppolo was off his game before exiting on Sunday, unable to move the ball consistently against an undermanned Seattle defense that entered action allowing close to 500 yards per game. A short week is a worst-case scenario for San Francisco, which will not be close to full strength for a difficult Thursday Night Football matchup against the Packers.

They couldn’t get much of anything going on offense against the Seahawks until it was too late. Now they have to play without Jimmy Garoppolo and George Kittle. When do the injuries end?

It may seem like virtually all of their key players are sidelined, but San Francisco has time to heal given it plays once in 24 days following this week’s Thursday night date with Green Bay.

Yahoo! has the 49ers 17th (down three spots from last week)

Jimmy Garoppolo and George Kittle are out for a while. The Super Bowl hangover is real for many reasons, and one is that you can have a really talented roster and run up against some rotten injury luck.

The San Francisco 49ers have a quarterback problem.

Since returning from a high ankle sprain, Jimmy Garoppolo hasn’t played especially well. He certainly didn’t in Sunday’s loss to the Seattle Seahawks, passing for only 84 yards and an interception before exiting the game after aggravating that same ankle in the second half.

“He had a good week of practice throwing, but high ankle sprains linger, so you never know when it’s going to affect you,” head coach Kyle Shanahan told reporters afterward. ”I know he hurt it later in the game, or re-hurt it, and we’ll wait until tomorrow to see how bad it is.”

Garoppolo wasn’t the only offensive player to leave the game early, either. Tight end George Kittle and running back Tevin Coleman also didn’t make it to the end of the game.

The injuries weren’t minor, either. Per Josh Dubow of the Associated Press, both Garoppolo (ankle) and Kittle (foot) will miss at least six weeks.

That leaves the Niiners precariously short-handed for Thursday night’s tilt with the Green Bay Packers.

Here is how the rest of the NFC West teams are ranked: