49ers defensive coordinator DeMeco Ryans had a theme when he spoke with reporters for the first time this offseason: Attack. The newly-minted defensive coordinator used that word five times in his videoconference on June 2, and his reliance on the word might offer a small glimpse into a possible change for San Francisco’s defense under his guidance.

One player who could specifically be impacted by a new style of downhill defense is middle linebacker Fred Warner. The athletic LB with good movement in space hasn’t gotten to get north to south as a pass rusher very often in his career. A “fast, attacking, aggressive defense,” to use Ryans’ words,  could change that.

A defense spearheaded by a great pass rush is one of the 49ers’ steady philosophies since general manger John Lynch and head coach Kyle Shanahan took over in 2017.  Three of their six first-round picks have been used on defensive linemen, and they paid a premium to keep versatile defensive end Arik Armstead on the roster after he led the team in sacks in 2019.

Generating some additional pressure with the athletes available in the second level could add a layer of aggressive attacking Ryans spoke about when describing his defense. Warner is a prime candidate to get more looks as a pass rusher despite his prowess in coverage.

Last season with a depleted defensive line that had trouble pushing the pocket, Warner saw an uptick in his pass rush rate (pass rushes/passing snaps) from a career-high 11.9 percent in 2018 to 14.8 percent. In his second year he rushed the passer just 8.3 percent of the time per Pro Football Focus. During that season San Francisco had arguably the best pass rush in the league with Nick Bosa, Dee Ford, Armstead and DeForest Buckner leading the charge.

Still, his inflated pass rush rate last year was still well outside the NFL’s top 15 among off-ball linebackers. Lions LB Reggie Ragland led that position at 70.8 percent. Ja’Whaun Bentley from the Patriots was at the bottom of the list at 25.2 – still well ahead of Warner.

It makes sense that the 49ers wouldn’t be eager to remove Warner as an asset in coverage. He’s the best coverage linebacker in the league and his skill set effectively makes him mismatch-proof when the team’s pass rush is getting home.

Still, a more aggressive defense may aim to utilize a fast linebacker who moves well in space more as a blitzer.

As with all things in his career, Warner has gotten better with more opportunities. His improvement over his three seasons hasn’t been limited to his tackling, coverage and runs topping. He’s gotten better at getting to the quarterback, too.

Warner in his first season generated only seven pressures, two quarterback hits and zero sacks in 76 pass rush snaps. PFF gave him a subpar 53.0 pass rush grade for his efforts. His numbers improved in 2019 despite fewer blitzes. He rushed 51 times, but came up with 11 pressures, 3.0 sacks and a pair of quarterback hits. His pass rush grade jumped to a more respectable 68.6. Last season he rushed the quarterback 89 times. Warner got home for just 1.0 sacks, but he tallied eight QB hits and graded out at a very strong 75.9.

Ryans can take advantage of Warner’s marked improvement by giving the fourth-year linebacker more opportunities to get after the quarterback. It seems like a logical evolution for a defense that wants to be more aggressive and attacking.

On the other hand, Ryans did place an emphasis on the defensive line. San Francisco signed defensive end Samson Ebukam in the offseason in hopes that a role change in the Bay Area will help him improve on his 14.0 sacks in four seasons with the Rams. There’s also optimism that Ford will be healthy to start training camp.

The best version of the 49ers defense (or any defense, for that matter) is one that’s getting pressure with its front four and letting its coverage make plays on throws from QBs under duress. Warner is so good making plays in the middle of the field that Ryans may not want him roaming too far from that area too often. There are other factors, but it makes sense that the best San Francisco defense of the last four years was one where Warner rushed the least.

The 49ers’ defense may look to the layman exactly the same as it did under Robert Saleh, but adding the wrinkle of Warner as a blitzer could be an effective way for Ryans to accomplish his goal of being a more aggressive, attacking defense than the ones we saw over the last four seasons. 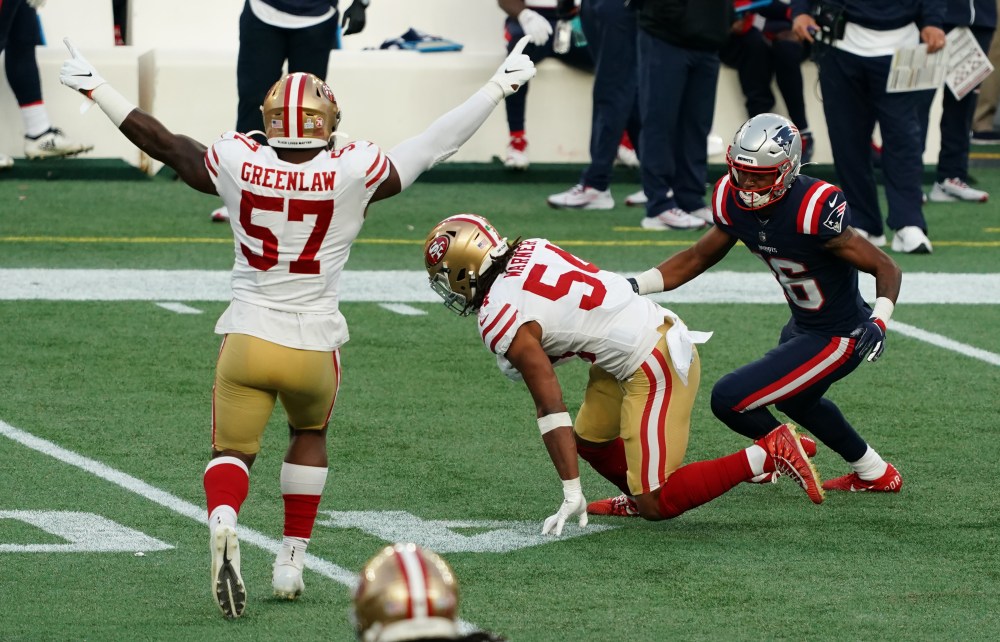