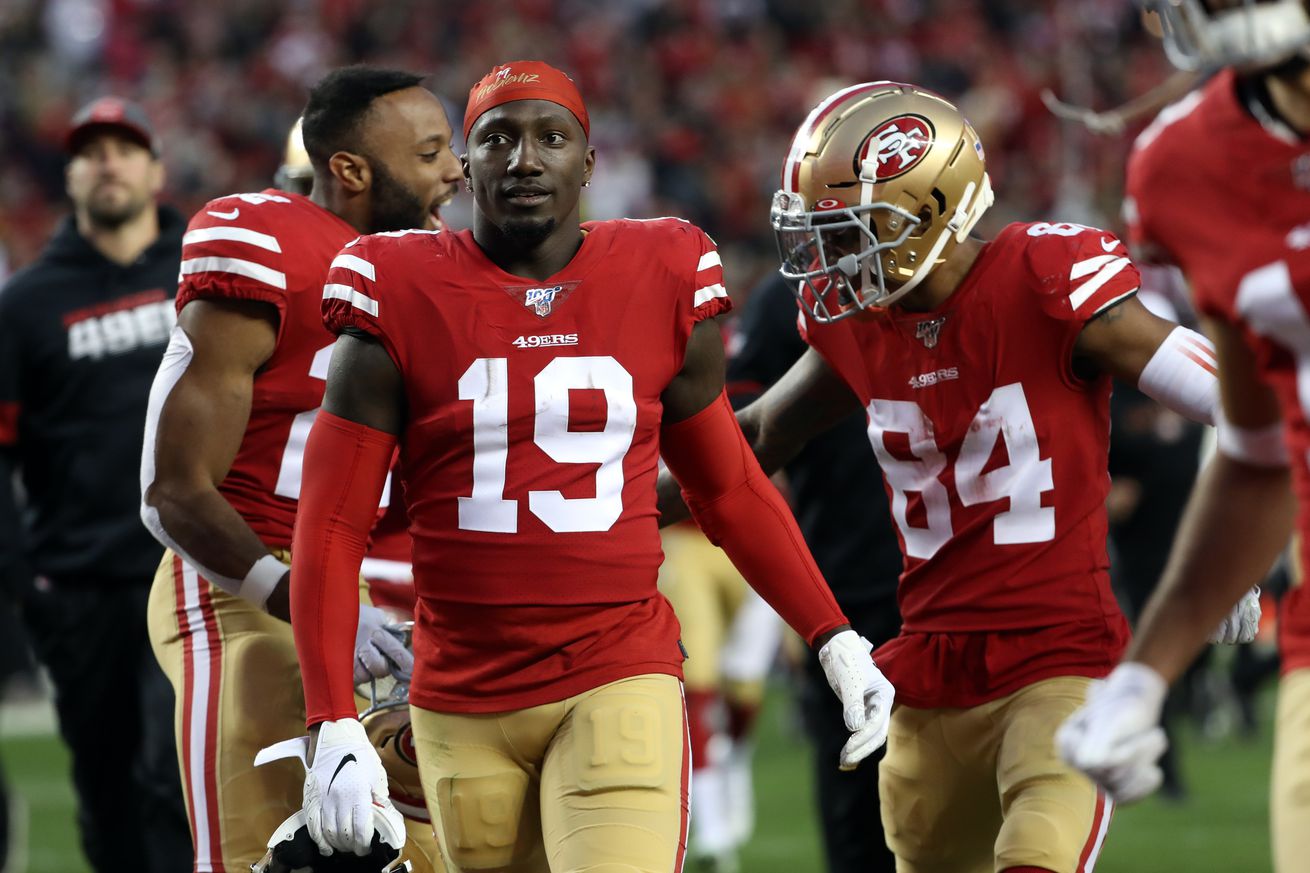 The 49ers are currently ninth in the NFC

There is a good portion of San Francisco 49ers fans who are over the 2020 season and have embraced “the tank.” The Niners are 4-5 and will likely be without their starting quarterback until the final weeks of the season. That’s not to mention the plethora of injuries that the team has already suffered. The injuries seem never-ending, as does the bad luck: See, last Thursday’s game when San Francisco had to play without three key offensive players.

Despite the 49ers’ struggles, they are two games out of the Wildcard spot, and they play both teams who are ahead of them, the Cardinals and Rams. While fans believe the season is over, players and coaches don’t have that train of thought. They’re wired to win. It could be Week 17, and the Niners could be eliminated from playoff contention. That’s not going to prevent Kyle Shanahan from trying to win the game.

Here’s a look at the NFC standings:

Arizona still has to play the Bills, Seahawks, the Rams twice, the 49ers, and an annoying Giants team that is not an easy win. Plus, the Eagles and Patriots if you’re willing to count them. Their schedule is not easy. The Rams have to play the Seahawks twice, Arizona twice, the 49ers again, plus Tampa Bay and New England. Again, the playoff chances for the 49ers seem slim, and they have to win themselves, but it’s the NFL. Any NFL Draft talk is premature.

Why are we even entertaining this? Well, on Tuesday morning, NFL owners will consider a proposal that would expand the 2020 playoffs. The NFL’s original plan was to have an 18th week for games that had been postponed and couldn’t be played within the 17 weeks. If the NFL cannot fit every game in, the next plan would be to expand the postseason. I have a hard time seeing the owners voting against anything that puts more money in their pockets. The NFLPA would have to agree to this eight-team playoff.

None of this matters if the 49ers continue to stall on offense or give up big plays on defense. Each time Kyle Shanahan or John Lynch speaks, they seem hopeful that the team will make a run in the second half of the season, which will be aided by players returning from injury. If the owners approve expanding this year’s playoffs by one team, the playoff talk isn’t going anywhere.

Let’s see how the Niners fare against the Saints this Sunday and reassess this topic in a week.