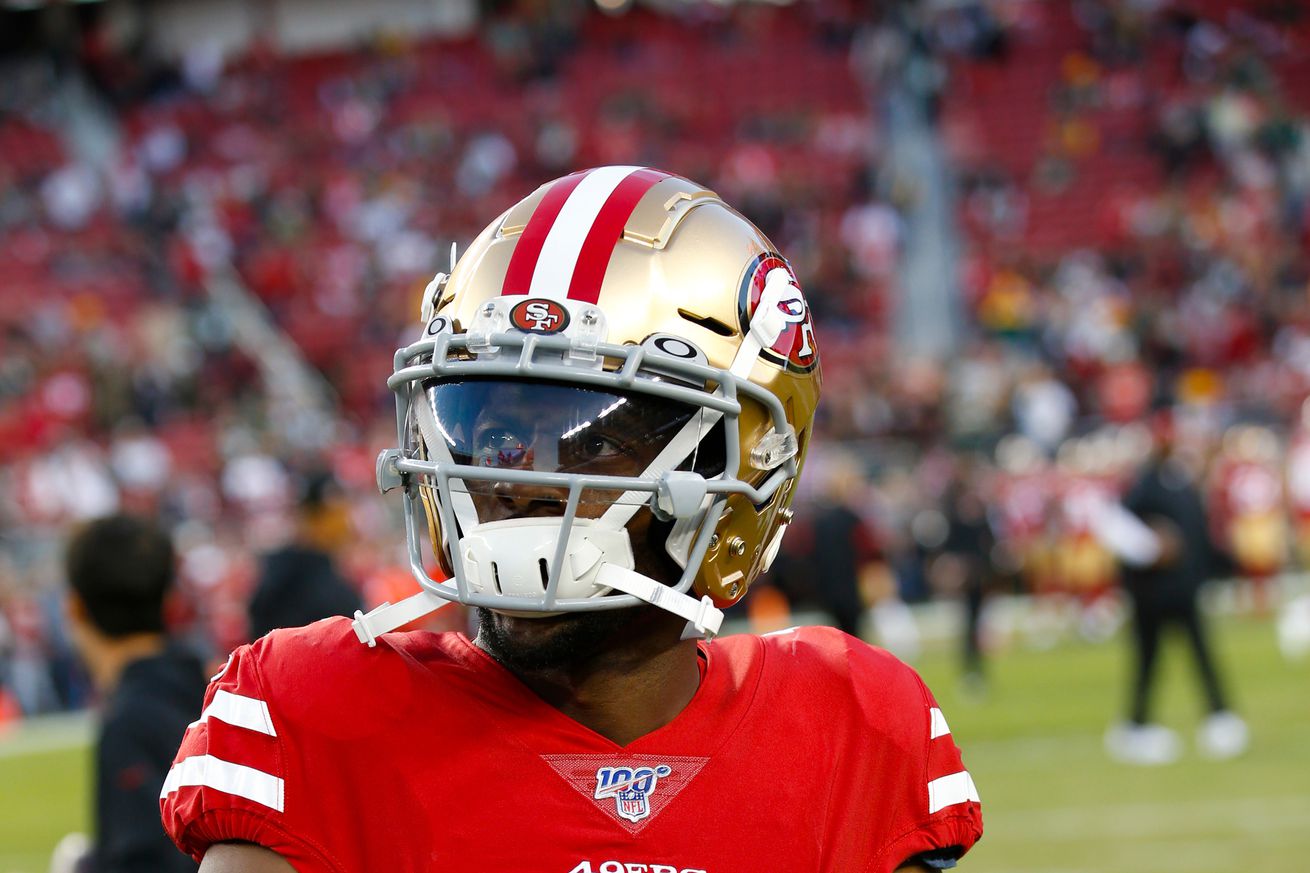 Heck of a day for the offense. Defense? Not so much.

With the 49ers win over the Saints and the Seahawks loss to the Rams, San Francisco is now back in first place in the NFC West. When there are 94 combined points in a game, the defensive grades aren’t going to be very good. The good news is the offensive grades should be through the roof. Let’s start with the Niners offensive grades and snap counts.

Shanahan wasn’t too confident in Richburg returning this season. Garland filled in and did a nice job. No penalties or back-breaking sacks like we saw in the Seattle game. Being able to practice with the starters should help him out, but there’s no replacing Richburg, who has been the best offensive lineman this season, in my opinion.

One of the questions heading into the game was how the touches and snaps would be divided among the running backs. We have our answer:

I won’t say that Coleman is completely phased out, but it appears that Shanahan is rolling with the guys that are producing, which seems like common sense, but it’s a struggle for a lot of coaches to do.

Sanders had 157 yards on nine receptions, had the long 75-yard touchdown, and was a critical factor on the opening drive as he helped set the tone for the 49ers offense. More than that, Sanders avoided two tackles but also helped spring Mostert on a couple of runs. Sanders was a complete player on Sunday afternoon.

There’s nothing left to say about Kittle that we already haven’t. He’s a superstar.

Breida didn’t play much but made his presence felt. Back from injury, Breida had 54 yards on six carries Two runs over ten yards, and 15 of those yards were after contact. If Mostert is the “bell cow” back, this might prove “less is more” with Breida. His speed never ceases to amaze me. Mostert only had ten carries, but he 69 yards and three runs over ten yards. Mostert’s patience is perfect for this blocking scheme, and his acceleration helps him fly past defenders.

Welcome back to this side, Jimmy. Garoppolo was 8-9, 183 yards, for three touchdowns on throws of 10+ yards downfield yesterday. He had a perfect passer rating of 158.3. You will read some analysts this week saying that Garoppolo didn’t do any heavy lifting. They are wrong. Garoppolo was great. He usually is when he’s decisive. On Tuesday I’ll have a “five throws” article on Jimmy. He was impressive.

It’s never a good look when four of your five starting offensive linemen are the worst-graded players in the game. That’s another kudos to Shanahan, who got the ball out quick and relied on his skill players. Each of the linemen listed had a below-average run-blocking grade. It was the penalties that hurt. Staley and McGlinchey each had a false start. McGlinchey also gave up a sack. PFF gave Tomlinson’s sack to Jimmy, which I agree with.

Watching this one live, it felt like Bosa, Jones, and a few splash plays by Armstead and Buckner. Aside from that, there weren’t too many standout performances from memory. Al-Shaair only playing nine snaps was probably due to his play as much as it was New Orleans personnel.

Bosa is relentless. You can’t help but appreciate his effort. It helps that he’s really freaking good at football, but he’s also fun to watch as Bosa gives it his all every play. Bosa had four pressures on the day.

Sherman allowed four receptions but only for 33 yards. He broke up a pass and continued his aggressive play in the running game. Sherman had seven tackles on the afternoon.

Jones turned the game around with the forced fumble. He’s been the unsung hero on the defense all season. He had two stops on the day, as did Armstead, who also had four hurries.

Witherspoon gave up a touchdown to arguably the best receiver in football and was also flagged for a penalty, but it was his tackling that did him in. Witherspoon missed three tackles on the day. As a team, San Francisco missed 16, per PFF. It’s tough to imagine them repeating this performance.

Warner missed three tackles, while Harris missed four. My biggest knock on Robert Saleh this game was assuming Harris would be able to repeat his performance from the Ravens game against a completely different offense in the Saints. Harris played well, but he was near the line of scrimmage against Baltimore. He was further down the field against New Orleans, and we saw Harris’ limitations.

Moseley will return to the lineup with Sherman missing time. He gave up a 25-yard catch, and also missed a tackle.