San Francisco 49ers running back Raheem Mostert announced on Twitter that he will miss the rest of the 2021 season after electing to undergo knee surgery. He shared an emotional message to address just how disappointed his is to miss the year.

Coach Kyle Shanahan told reporters Mostert had chipped cartilage in his knee during a recent press conference, but thought the running back could be back this season. Apparently, that won’t be happening, with Mostert revealing he cannot return this year.

“This (surgery) gives me, without a doubt in my mind, the best possibility at coming back 110%,” he wrote Tuesday. “I’m gutted. … This is obviously not what I worked so hard for. I wish more than anything I could be out there on the field.”

And with RB Raheem Mostert announcing today that he is out for the season with a knee injury he sustained vs. Detroit, the 49ers now are signing former Lions’ RB Kerryon Johnson to their practice squad, per his agent @DrewJRosenhaus.

Here’s hoping Mostert returns at full strength. His breakout story is one of the NFL’s best.

Stock up and stock down from 49ers Week 1 win 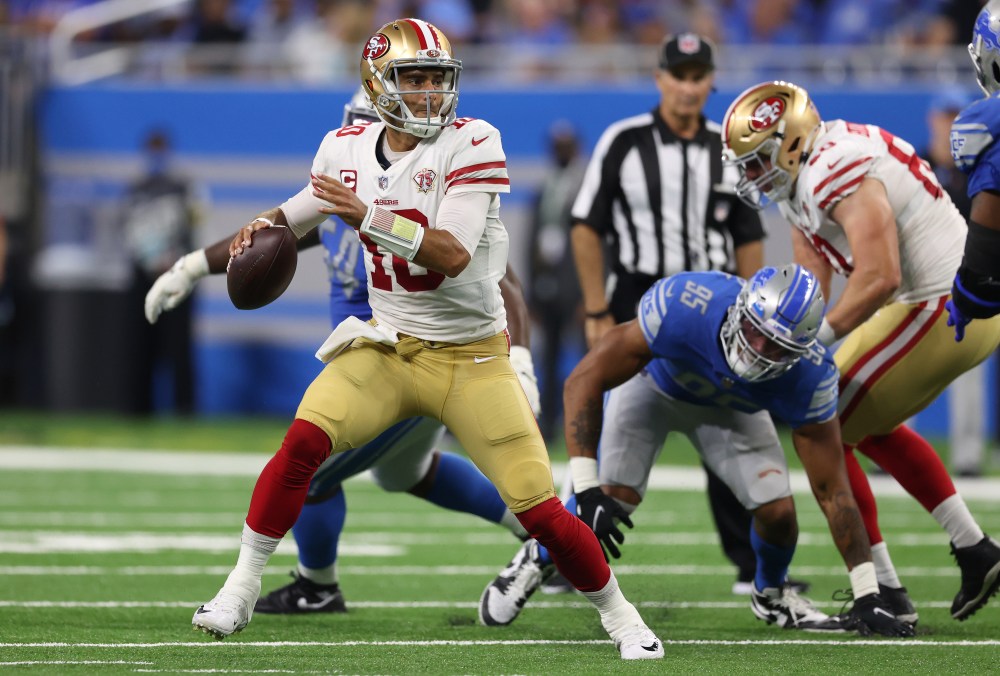