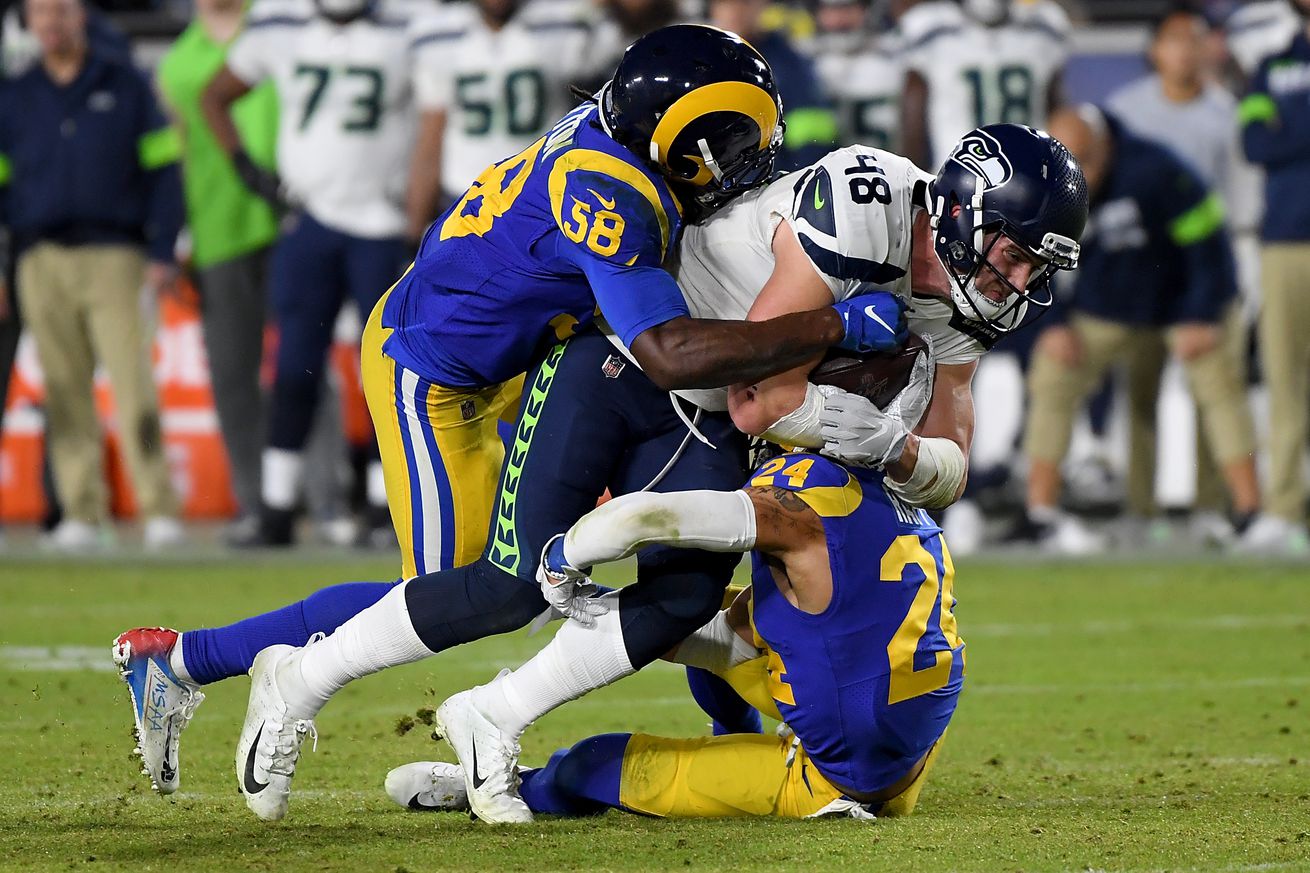 Rams you are my hero

I promised a post. And I’m a man of my word.

That is one of the greatest songs to ever come out of America. Seattle, you might have Grunge bands and given us Nirvana. well That’s nothing. This is Ram It! And we are going to Ram it. We are going to Ram it all day and all night for the mighty Rams.

First it starts with Jared Goff. You say he’s gonna Goff, I say whoever thinks Goff is gonna Goff is a complete imbecile with no reason to write for a sports blog. Goff went 22/31, 293 yards and a passer rating of 95.2. You know who CAN’T do that? Johnny Manziel. Arizona Cardinals quarterback Kyler Murray has only achieved that feat four times in his career. Do you know what I’m saying?

Because on the Rams, their quarterback is a weapon. A weapon that can win football games.

Then they got Todd Gurley. Who had 23 carries, 79 yards, and a touchdown. Gurley can win you football games when you actually use him.

And then there’s tight ends like Tyler Higbee. Seven receptions 116 yards. Wide receivers like Robert Woods who had another seven receptions for 98 yards. And Brandin Cooks who has nothing on his stat line despite the $16.8 million they pay him this year.

But it’s not just the offense. Defensively, the Rams are impressive. They had Samson Ebukam with two sacks. Aaron Donald with 1.5. Do you know what I’m saying?

With this the Rams have a shot at third, maybe second place in the NFC West, perhaps first? In first place is the San Francisco 49ers. The 49ers have a chance at the first seed after they won in New Orleans earlier today. They are in first place in the NFC. If the season ended today, the road to the Super Bowl goes through Santa Clara.

But the Rams. We dedicate this post to you. Because you played hard, fast, and well against the Seattle Seahawks. You are a friend to all 49ers fans for this evening. Then tomorrow we can go back to the rivalry at hand.

This post is dedicated to the mighty ram. Let it show us the way.