The 49ers were all but guaranteed to pick a quarterback when they moved three first-round picks and a third-round choice to move up from No. 12 to No. 3 in this year’s draft. While the public debate raged over which signal caller San Francisco would take, Rams head coach Sean McVay and the Atlanta Falcons thought they might go another direction.

49ers head coach Kyle Shanahan joined the podcast Flying Coach with McVay and Fox Sports’ Peter Schrager. While discussing the draft and the pre-draft Mac Jones hype, McVay revealed that he never considered Trey Lance as an option because he hadn’t studied him much. Instead, he thought the 49ers may pass on Jones to go with Florida tight end Kyle Pitts.

“I thought there was a possibility that Kyle was gonna go Pitts at three,” McVay said. “Because he’s such a visionary. I’m telling you I didn’t think it was gonna be a crazy thought because you go back to when New England had the two tight end set and they were doing things totally different. You think about what Kittle, and then the thing that makes sense is – Jimmy’s produced all the way. This isn’t a production thing, this is an availability thing.”

That final point by McVay is why the thought isn’t totally outlandish. The 49ers have made it clear Garoppolo’s play is less of a problem than the injuries that’ve sidelined him for 23 of his last 48 games with the team. Keeping him and adding another weapon like Pitts, a 6-6, 245 pound, hyper-athletic, pass-catching savant.

Pairing Pitts with George Kittle in an extremely effective rushing offense that also features wide receivers Deebo Samuel and Brandon Aiyuk would push the 49ers’ offense to a potentially unstoppable level if they have a capable starting signal caller.

Ultimately Garoppolo’s shoddy availability led the 49ers to go with Lance, but while the public debated Jones, Lance and Ohio State quarterback Justin Fields, the Falcons were internally worried Pitts wouldn’t be there for them with the fourth pick according to Schrager.

“The number four pick was Atlanta. I could tell you from sources there, until the pick was in, they thought there was a chance that San Francisco was picking Kyle Pitts too,” Schrager said.

Pitts’ stellar numbers over his sophomore and junior seasons warranted a high first-round selection. His pre-draft workouts that matched all of his tape helped elevate him to top-five consideration. He hauled in 97 balls for 1,419 yards and 17 touchdowns in his final 21 college games.

It would’ve been a fascinating pick had McVay’s guess on the selection been right. The 49ers though needed to find a franchise quarterback they’re confident they can rely on, which is why they went with Lance. If Pitts turns into the superstar he’s projected to be, it’ll always be an interesting ‘what-if’ about what he’d look like in Shanahan’s offense. 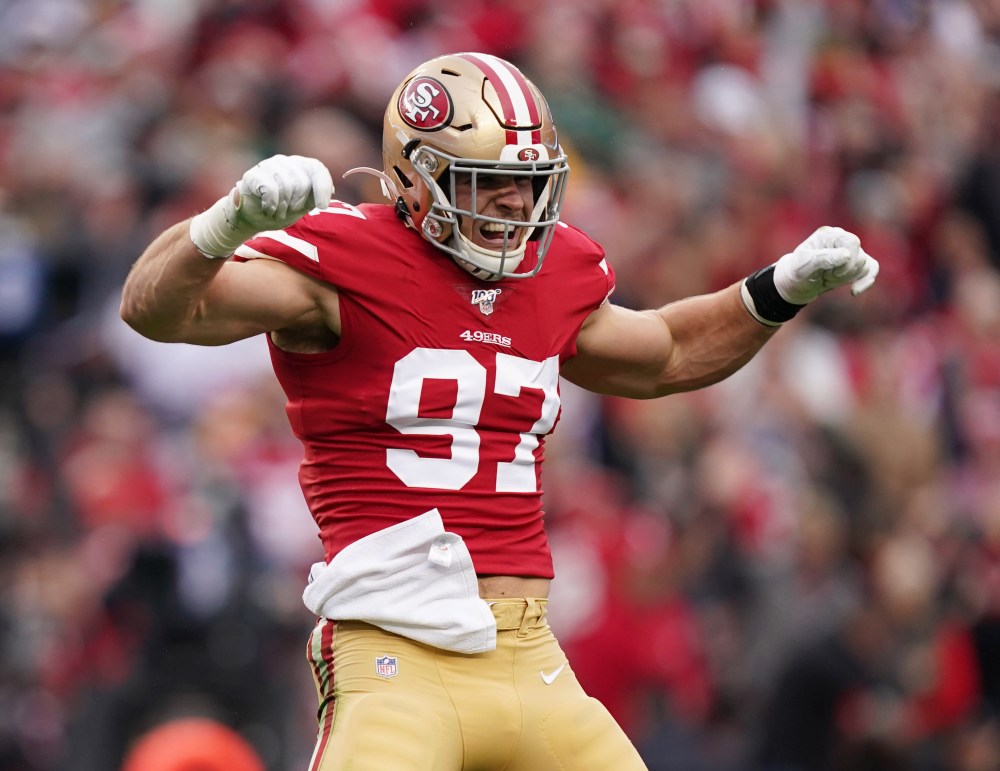