The 49ers have a slew of free agency decisions to make next offseason. Perhaps their biggest, in multiple ways, will be left tackle Trent Williams. He’s on the final year of his contract and opted not to work out an extension prior to this season. Head coach Kyle Shanahan on Tuesday didn’t make it sound like it’ll be much of a decision for the team.

“Trent knows how I feel about him and how our whole team feels about him. I think Trent feels the same, so hopefully it makes sense for him to stay here and I know it makes sense for us,” Shanahan said. “That’s the tough part about this league. We’ve got a lot of good players and we’ve worked real hard to build our roster up and that’s why we’ve had to make tough decisions last year and we’re going to have to do it again this year, but everything’s tied together. I know Trent is very important to me and very important to our team and someone I want around here for a while.”

Among the 49ers players set to hit free agency this offseason are Williams, Richard Sherman, Kyle Juszczyk and K’Waun Williams.

San Francisco knew this was coming when they traded a 2020 fifth-round selection and a 2021 third-round choice to Washington for Williams during the 2020 draft. He had one-year left on his deal, and he chose to play out his contract rather than trying to get an extension done before the year.

His patience is paying off. Through 10 weeks he’s Pro Football Focus’ highest-graded tackle, and he’s allowed just two pressures and no sacks since Week 5.

The big left tackle will surely reset the market at one of the most important positions on offense. San Francisco may have to do some maneuvering to fit Williams’ deal under the deflated salary cap, but the decision to keep him in the Bay Area shouldn’t be a hard one. 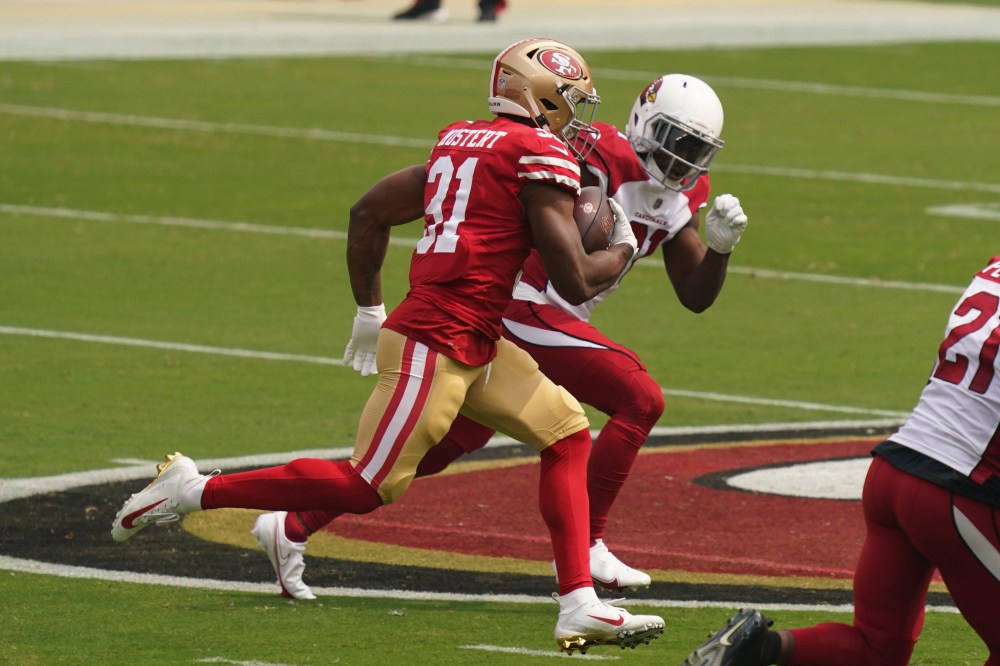