Former San Francisco 49ers No. 1 overall pick Alex Smith announced his retirement Monday. It wasn’t a decision that came right away though. Smith explored free agency after being released by Washington before ultimately deciding to retire after 16 NFL seasons. There was some interest in the veteran signal caller, but the 49ers weren’t among the teams vying for Smith’s services according to Matt Barrows of the Athletic.

Smith told ESPN’s Outside the Lines that the Jaguars were among the teams pursuing in him free agency. His former college coach Urban Meyer is now the Jaguars’ head coach, and former 49ers general manager Trent Baalke is heading up their front office, so there is familiarity there.

There was some speculation the 49ers may try and trade Jimmy Garoppolo, then sign Alex Smith as a cheaper veteran option to help mentor their No. 3 overall pick.

Smith is entering his Age 37 season and missed time last year with a calf injury in the leg he had surgically repaired following a gruesome injury during the 2018 campaign. When he played, he was moderately effective and capable of being a backup, but his days as a starter for a team with Super Bowl hopes are probably over.

That doesn’t quite jibe with what the 49ers’ plan appears to be this season. They’re aiming to start Jimmy Garoppolo while the No. 3 pick sits for either part of the season or the entire season because they believe Garoppolo can get them to the Super Bowl as a starter. That probably wouldn’t be the case with Smith under center.

Nevertheless, Smith’s terrific career has come to a close without a reunion with the team that drafted him No. 1 overall in 2005. He played for 16 years, went 99-67-1 as a starter and earned five playoff berths. 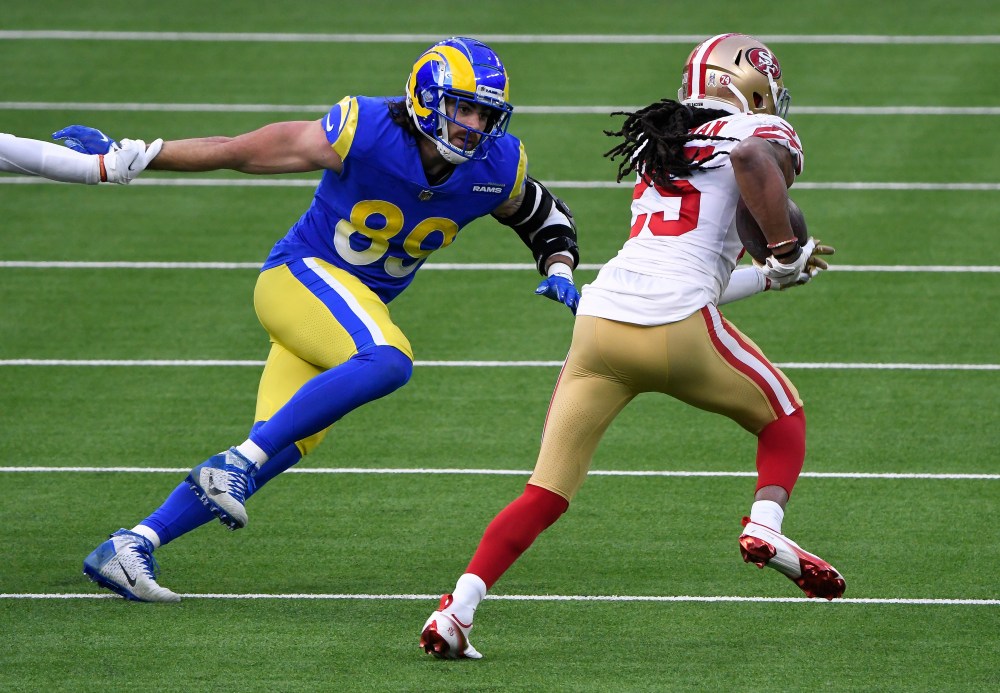