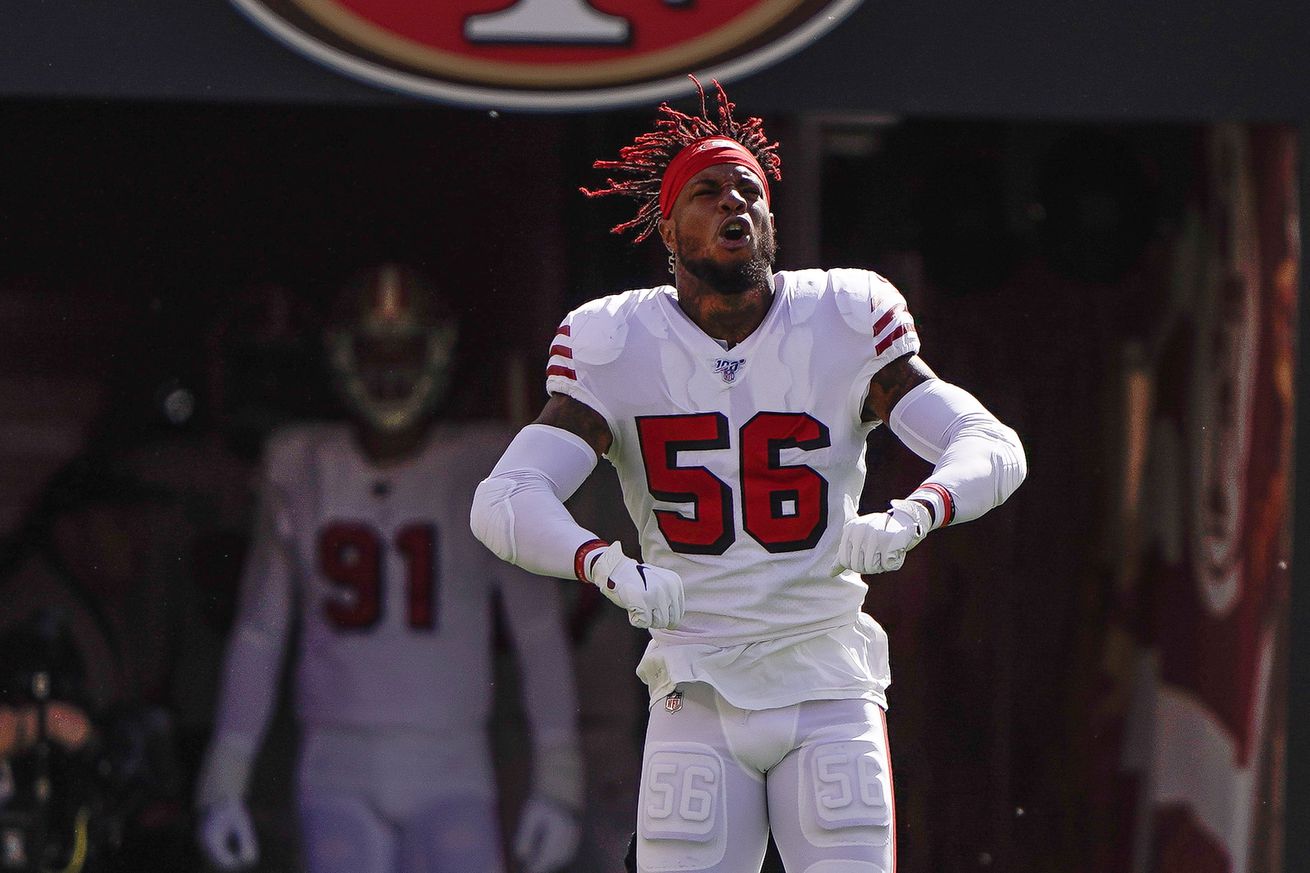 49ers defense getting back to full strength.

At one point, it was thought Kwon Alexander was out for the season, now the San Francisco 49ers may get him back when they need him the most. ESPN’s Adam Schefter reports that not only has Alexander been impressive, he has a shot to play in the NFC Divisional game this Saturday.

Originally it was seen that Alexander would be back for the NFC Championship game.

Alexander suffered a pectoral tear against the Arizona Cardinals on Halloween and was declared out for the season. As time went on, he indicated his recovery was going well, while Kyle Shanahan remained mum on the subject for a period of time. Houston Texans’ J.J. Watt suffered the same injury around the same time and managed to return in Saturday’s AFC wild card game. Watt was also productive in that game showing little sign that such an injury was holding him back.

Alexander returned to practice last week wearing a blue non-contact jersey with hopes he’d return for the postseason. If cleared to play, he’d join Dee Ford and Jaquiski Tartt in helping get the 49ers defense as close to full strength as possible.

This of course now raises questions of how many snaps he plays. Dre Greenlaw has played quite well in Alexander’s absence, but it might allow everyone to shuffle around to make room and get the best on the field. Alexander could replace Greenlaw as the WILL linebacker and then Greenlaw could move to SAM—which might be a better position for Greenlaw. Either way, it could mean that Azeez Al Shaair could get bumped.

Regardless of the fit or time, getting Alexander back will be a huge boom for the team.