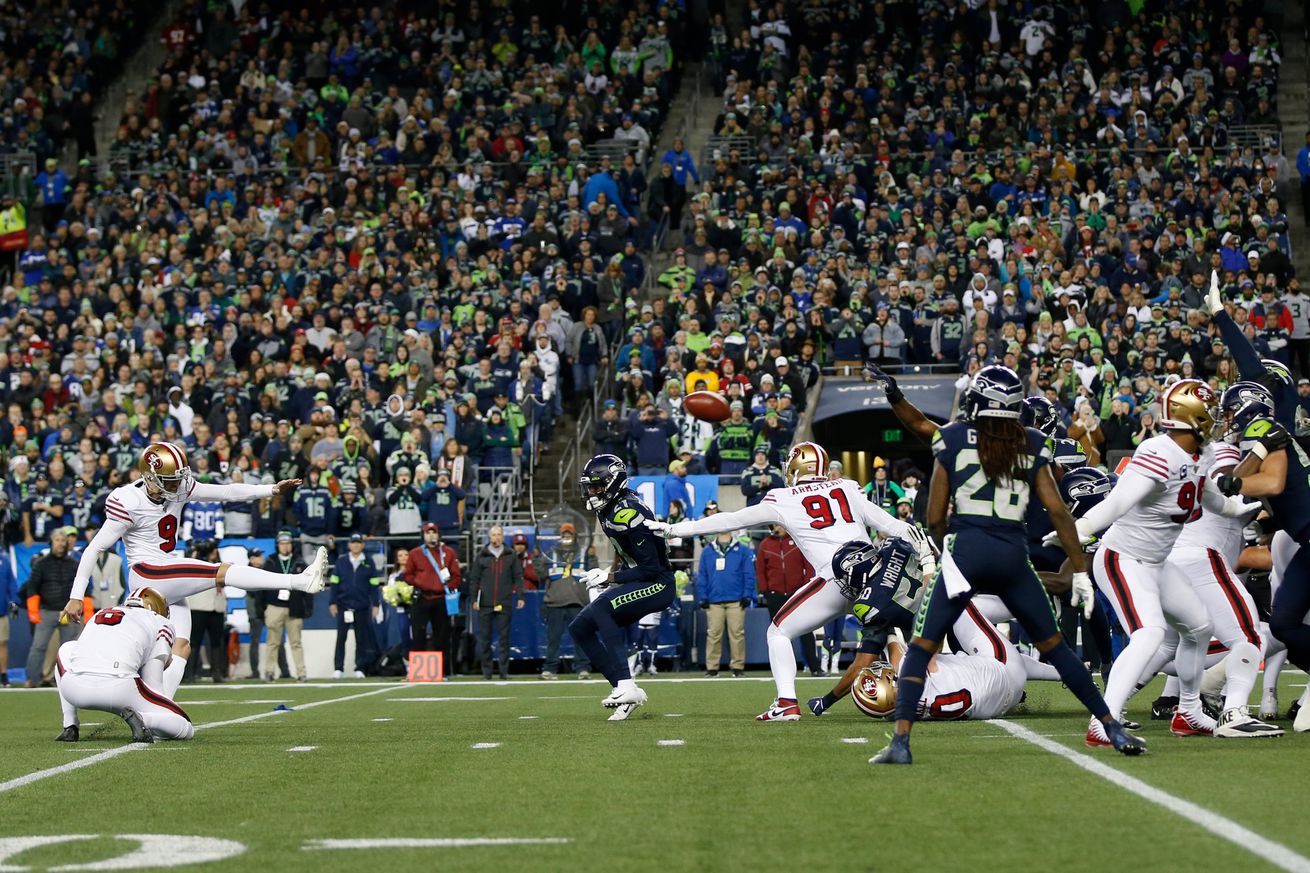 December was the kind of season we all expected from San Francisco 49ers kicker Robbie Gould. The first few months of the season, Gould was off. A leg injury cost him three games, and it also affected his kicking. Gould missed a career-high eight field goals during the 2019 regular-season. Gould turned back into gold in December. He missed an extra point against the Falcons and a 50+ yarder against the Ravens, but hit his other kicks during the month, including two game-winners against the Los Angeles Rams and the New Orleans Saints.

NFC Players of the Month (December):

Gould was 10 of 11 on field-goal attempts and 15 of 16 on extra points during the month. Not sure where the NFL got those numbers from. The important part is Gould has made his last ten field goals heading into the playoffs. It appears that the injury is no longer bothering the 49ers kicker any longer. That’s good, as they’ll need him this month more than ever. Congrats Robbie.