It appears 49ers rookie offensive lineman Jaylon Moore will be thrust into the spotlight on Sunday Night Football. With left tackle Trent Williams officially ‘doubtful’ for Sunday’s matchup with the Colts, Moore is in line to make his first-career start for San Francisco.

Moore’s path to his first NFL start is somewhat unlikely. The 49ers selected the former Western Michigan left tackle with the intent on moving him to the interior. Injuries on the offensive line and some rest for Williams in camp wound up giving Moore an opportunity to compete at his natural position. He wound up acquitting himself well and earning the swing tackle job out of camp, which put him first in line to take over if Williams went down.

While replacing arguably the best LT in the NFL isn’t easy, offensive coordinator Mike McDaniel is confident in the rookie fifth-round pick to perform well Sunday and beyond.

“Oh, he’s ready to play NFL football,” McDaniel told reporters Thursday. “And what’s great about Jaylon is the human being is built to be a very good player in the NFL for a long time. What I mean by that is that the game is not too big for him. And he learns from things that happen.”

Moore saw action in 22 snaps when Williams exited the 49ers’ Week 4 matchup against the Seahawks with a shoulder injury. The rookie’s first regular-season NFL action was uneventful, which as McDaniel noted, is a good sign for a rookie tackle.

“He was very productive,” McDaniel said of Moore’s 22-snap stint vs. Seattle. “The reason why that is because anytime with offensive lineman, if you’re not talking about them, it’s probably a good thing. So, he’s very exciting to a lot of guys, including the rest of his position group, all the players, [T] Trent Williams, and all the guys. They really love the guy because they know he has what it takes to be a pro in this league and he keeps getting better. We didn’t have to do anything from a schematic standpoint that game, which is a huge plus as a rookie playing tackle. So, everyone’s very confident with him on the field in however many snaps he gets week in and week out.”

“I think he’s done a real good job,” Shanahan said. “You have to get thrown out into battle and you’ve got to deal with the NFL and how it is. So, there’ll always be adjustments with that, but every time he’s gone out there, whether it’s in the preseason, whether it’s been in these practices, the game’s not too big for him. He gets better the more he plays. And if he does get that opportunity Sunday night, it’ll be a hell of opportunity for him and I know he’ll be ready.”

Moore doesn’t have to be perfect against the Colts, and he certainly doesn’t have to play at William’s level. If he can continue to be relatively invisible though, the 49ers would take it. Avoiding catastrophic mistakes will be key for Sunday, and if Moore plays well, he could wind up working his way into the team’s OL plans long-term. 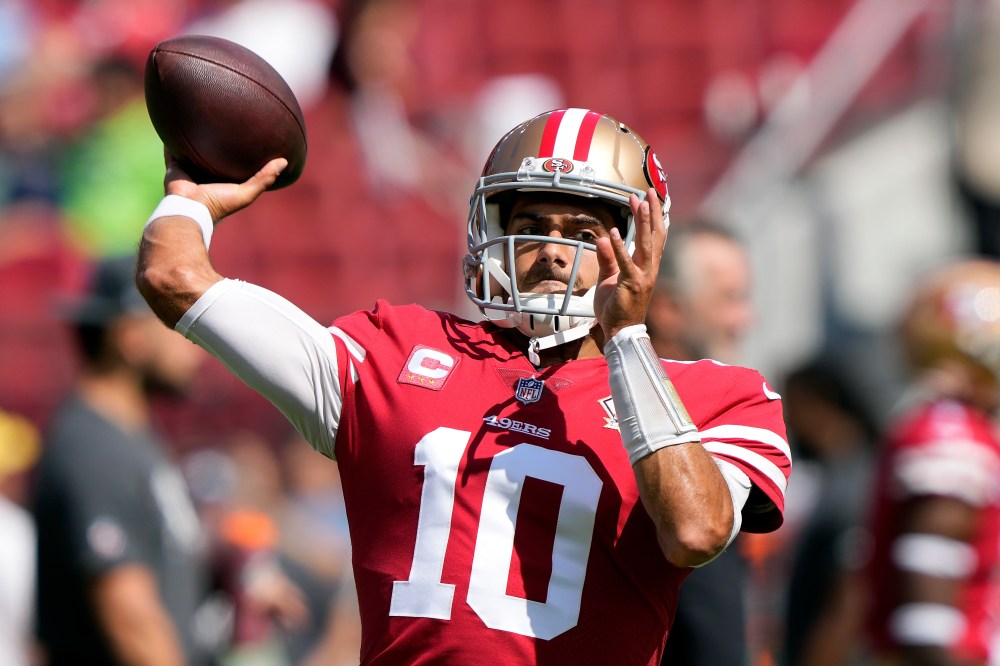