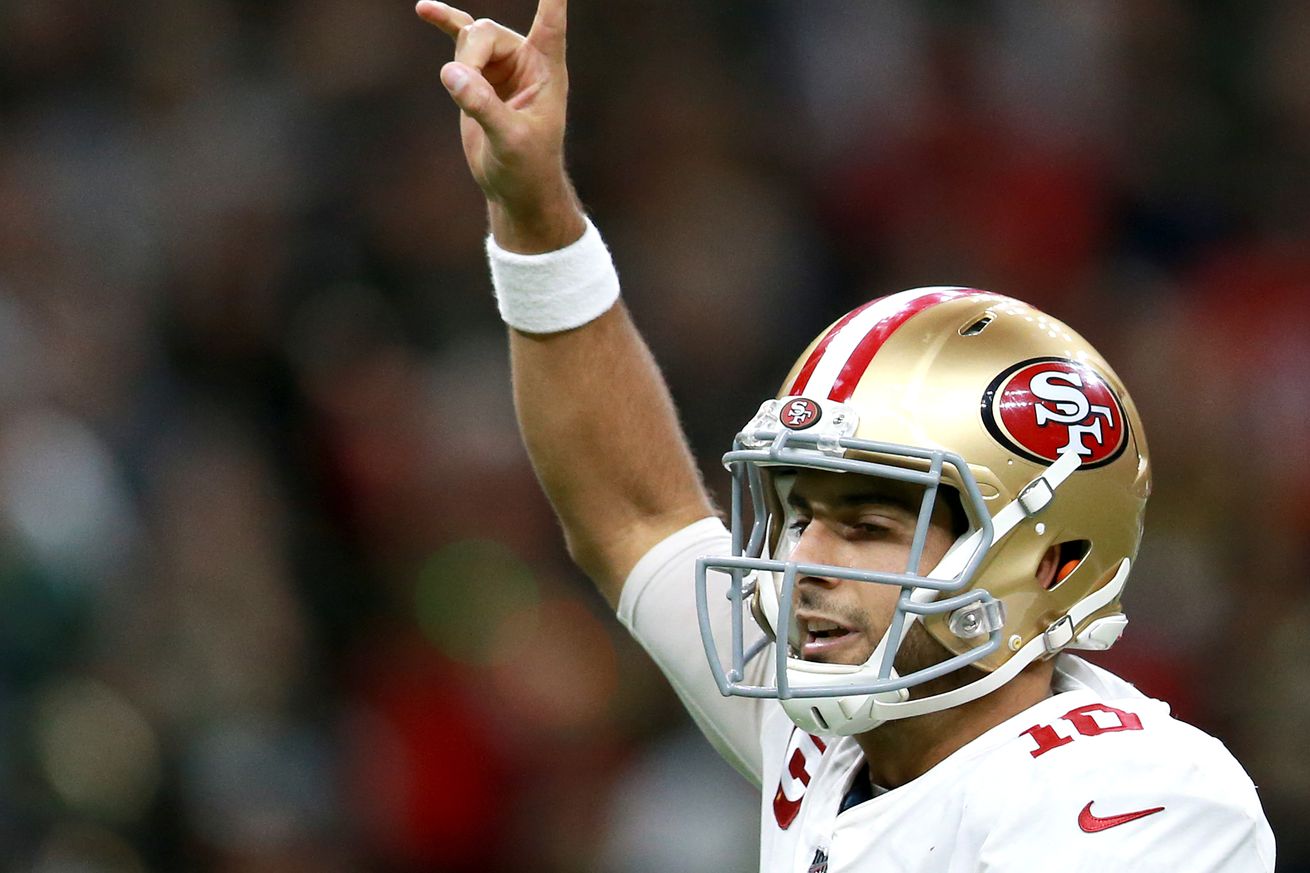 Two of the top play-callers in the game were on display Sunday, but one avoided critical mistakes

Recapping a wild one in New Orleans. Kyle and Rich start by poking fun at the Seahawks. From there, the two talk about the defensive lapses by the Niners, and how much of the struggles on that side of the ball were a surprise. That’s followed by the outstanding day from the 49ers offense and how impressive Kyle Shanahan’s play-calling was on the day. Here’s how the rest of the podcast shaped up:

· San Francisco wins their third game of the season against the NFC South, with their final game against the division coming next week vs. Atl. (12/15/19).

Rackin’ Up The Yards

· The 49ers offense finished the game with 5 passing TDs, the most by the team in a single game this season.

Jimmy G In The Big Easy

· Garoppolo connected on a 75-yd. TD pass to WR Emmanuel Sanders, marking the longest TD pass of his career.

· With both a rec. TD and passing TD, Sanders became the 5th player since 1970 to have 2-or-more career games with at least 1 rec. TD and 1 passing TD.

· On 4th-and-2, with 0:39 seconds left in the game, Kittle hauled in a short pass from Garoppolo and rumbled 39 yards down the sideline, helping to set up the game-winning FG.

Bourne On The Bayou

· WR Kendrick Bourne registered 3 recepts. for 18 yds. and 2 TDs. He now has a career-high 5 TD recepts. on the season and 9 in his career.

· This marks his first career game with 2-or-more rec. TDs.

· This marks Mostert’s first multi-TD game of his career, which includes his first game with both a rushing and rec. TD.

· The fumble was recovered by DL DeForest Buckner, marking his 4th FR of the season and 7th of his career. The FR led to Kittle’s 5-yd. TD recept.

· Buckner’s 4 FRs are a single-season career high. According to the Elias Sports Bureau, he became the first member of the 49ers to register 4-or-more FRs in a single season since CB Ronnie Lott registered 4 FRs in 1988.