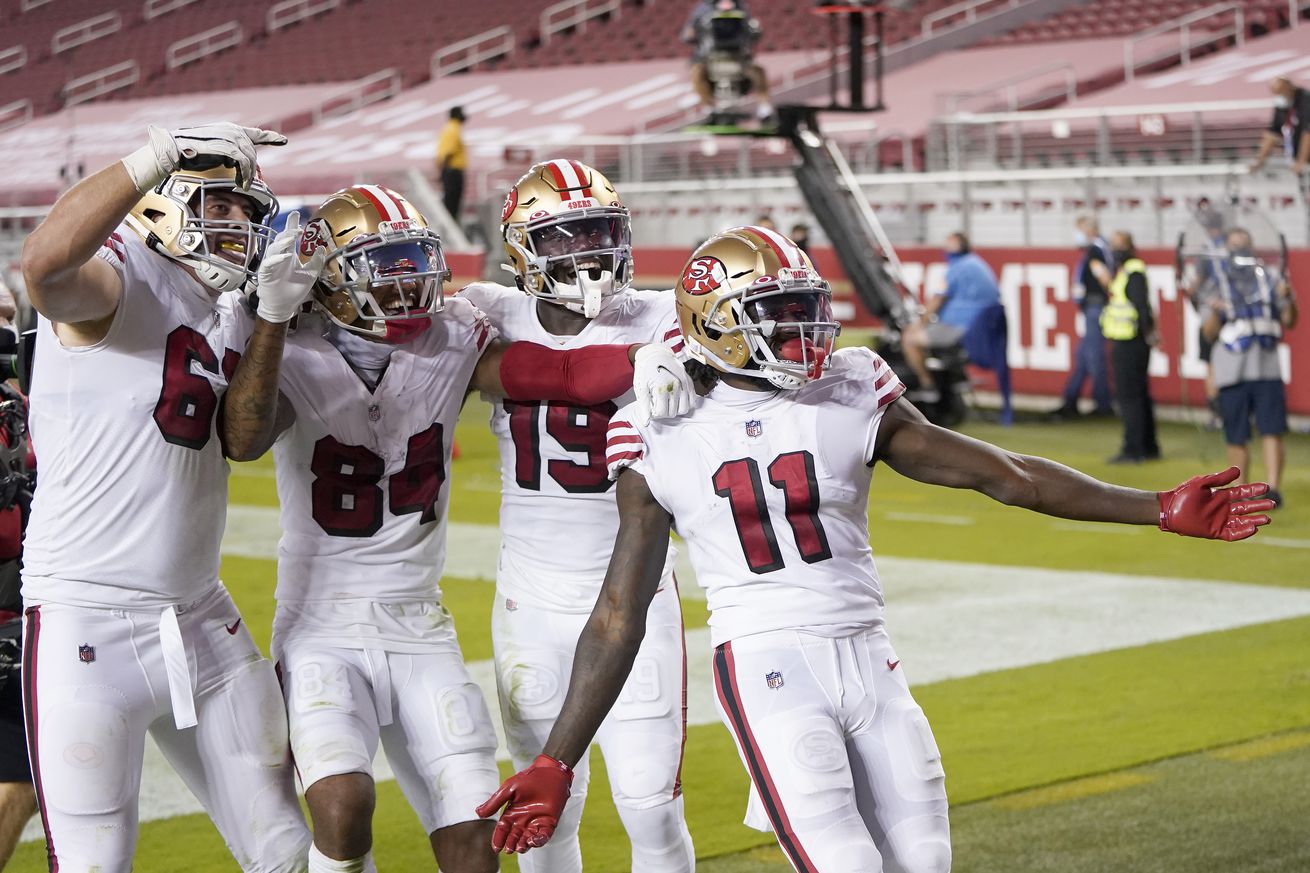 Kyle Posey and Akash Anavarath give the rook some love

The 49ers have a strange history with wide receivers. They drafted two of the all-time best at the position in Jerry Rice and Terrell Owens, but have largely whiffed at the position beyond those two home runs and Dwight Clark. That is before this year. As Kyle and Akash explored in today’s Shanaplan podcast, Brandon Aiyuk is starting to look like the best receiver the Niners have drafted in years.

First, a little more context on the team’s wide receiver history beyond the previously mentioned big three. A quick glance at the team’s record books reveals a lack of wide receiving talent that spans decades. Vernon Davis has the 6th most receiving yards in team history and he was a tight end. Roger Craig is number ten on the list and he was a running back (one spot ahead of Michael Crabtree, by the way)! In fact, thirty percent of the 49ers’ career receiving yardage list comes from players that didn’t play wide receiver.

Need more proof? George Kittle is already 15th on the list and he’s a tight end that’s played just 51 career games. Anquan Boldin wasn’t drafted by the 49ers but he’s 17th on the list despite playing just 3 years with San Francisco at the end of his career.

As you can see, it isn’t exactly a decorated history. That being said, Kyle and Askash think those guys may be moving down on the list if Brandon Aiyuk keeps developing at this pace.

The numbers bear that out. Only three rookies in team history have ever had more catches than Aiyuk to this point, and only one, Michael Crabtree, has ever had more yards.

Despite losing out on training camp and preseason games (not to mention shaky quarterback play), Aiyuk is on pace for 60 catches, almost 800 yards, and five touchdowns.

Between he, Deebo Samuel, Raheem Mostert, and George Kittle, the 49ers have an offensive foundation in pace for years to come.

Other topics covered in today’s episode:

-Winners and losers coming out of the Seahawks game

-Updated win/loss predictions for the rest of the year

-Score prediction for Week 9 against the Packers