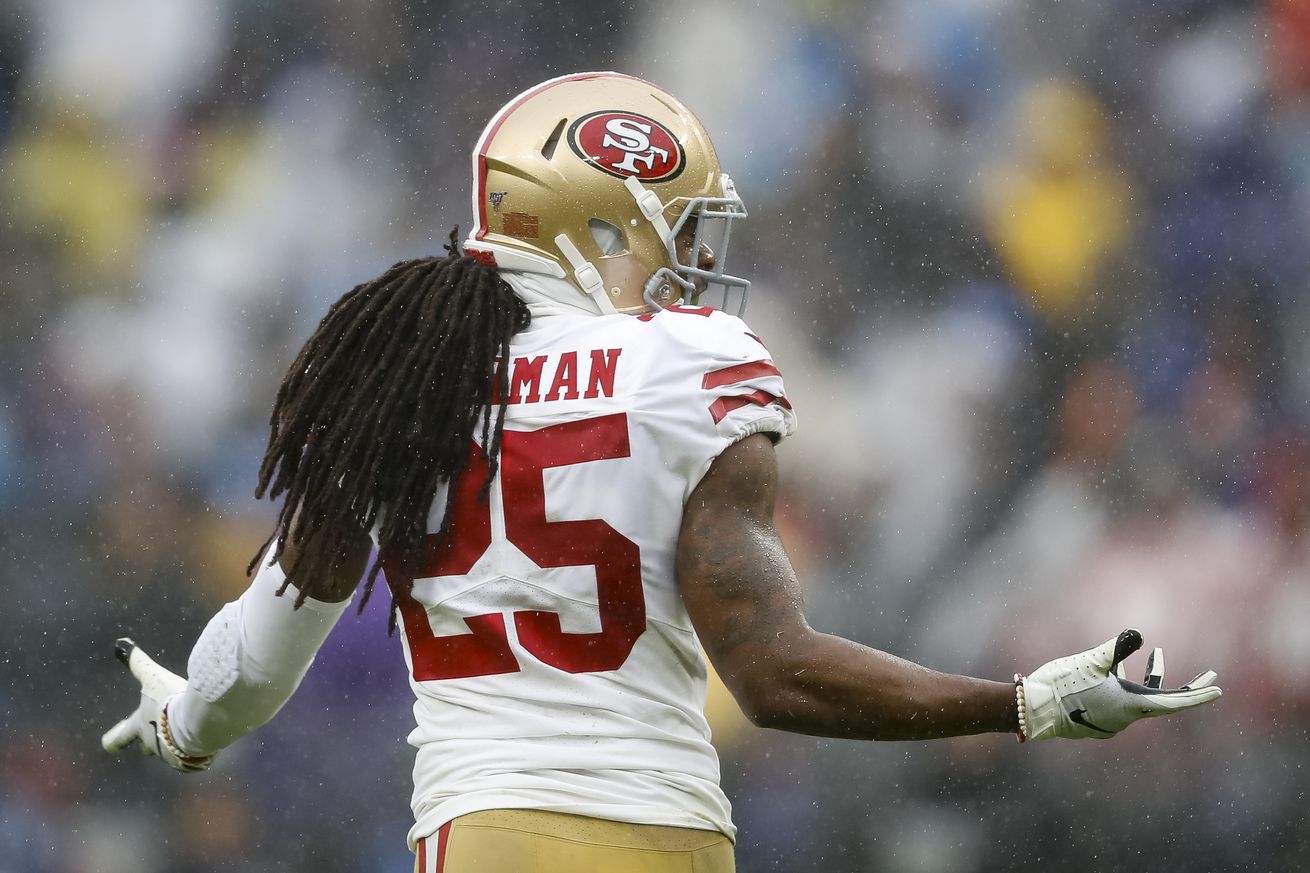 We’ll have the Richburg news this afternoon

It wouldn’t be a San Francisco 49ers win if there wasn’t any bad news. Unfortunately, that’s been a consistent theme this season. It feels like it’s impossible to have a clean game. According to NFL Network’s Tom Pelissero, cornerback Richard Sherman underwent an MRI Monday morning on his injured hamstring, which is pretty sore a day after that wild win over the Saints. His status is in doubt for Sunday against the Falcons, but he’ll do everything he can to be ready.

Sherman’s MRI showed a Grade 2 hamstring strain, per Pelissero. So definitely tough for this week and perhaps beyond, though we’ve seen Sherman play through plenty of things before.

Sherman was banged up last week as well when he suffered a knee sprain against the Baltimore Ravens. He had a heavy limp postgame but was healthy enough to suit up. Here’s Sherm after the game:

“I definitely couldn’t go back in this one, unfortunately. If I could give us any kind of chance to go back in, I would have. But unfortunately, in that situation, I would have just been a liability out there with it the way it was. We’ve got a long week ahead of us to try to get it together. Like I always say, don’t count me out until I’m out.”

It makes sense for Sherman to take a week to heal. The 49ers are heavy favorites against the Falcons, but Emmanuel Moseley was terrific when he started. Yes, Julio Jones is a different animal, but Moseley has shown he can compete against anyone.

Kyle Shanahan is set to speak to the media Monday at 2 p.m. PT, where he’ll have injury updates. The Niners got hit pretty hard against the Saints. Weston Richburg was carted off the field with a knee injury. It sounds like bad news there. Dee Ford played four snaps before aggravating his hamstring injury. K’Waun Williams left the game with a concussion.

We’ll have more updates on these injuries on Monday afternoon.