There aren’t many things 49ers tight end George Kittle isn’t great at. He’s a superb pass catcher, good after the catch, and perhaps the best blocker at his position in the league. That multifaceted skill set earned him the No. 1 spot in a ranking of the NFL’s top 11 tight ends by the NFL Wire’s Mark Schofield.

Injuries limited Kittle to only eight games last year, but he was still productive in those contests with 48 receptions for 634 yards and two touchdowns. Meanwhile, Chiefs TE Travis Kelce was busy breaking Kittle’s single-season record for receiving yards by a tight end and players like the Raiders’ Darren Waller and the Lions’ TJ Hockenson were bursting onto the scene with big years.

That’s not to say Kittle has fallen by the wayside in the discussion of the NFL’s best TEs, but his ranking is a good reminder that’s he’s still one of the premier offensive weapons in the NFL.

Keeping Kittle healthy is going to be a huge key for the 49ers’ offense this season no matter how their quarterback situation shakes out. He’s a go-to pass catcher quarterbacks can rely on, and a yardage generator thanks to his ability to run away from defensive backs in the open field. His blocking is also integral to head coach Kyle Shanahan and the deception his rushing attack often thrives on.

There may be better pass-catching TEs in the NFL than Kittle, but his overall skill set and how he impacts the run game puts him above the rest at his position. 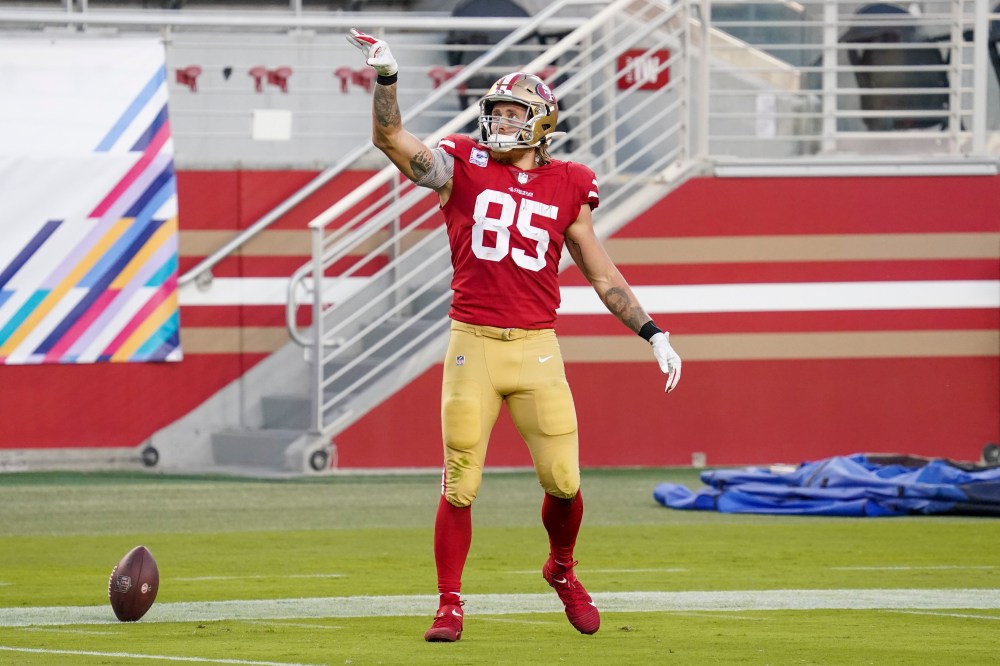