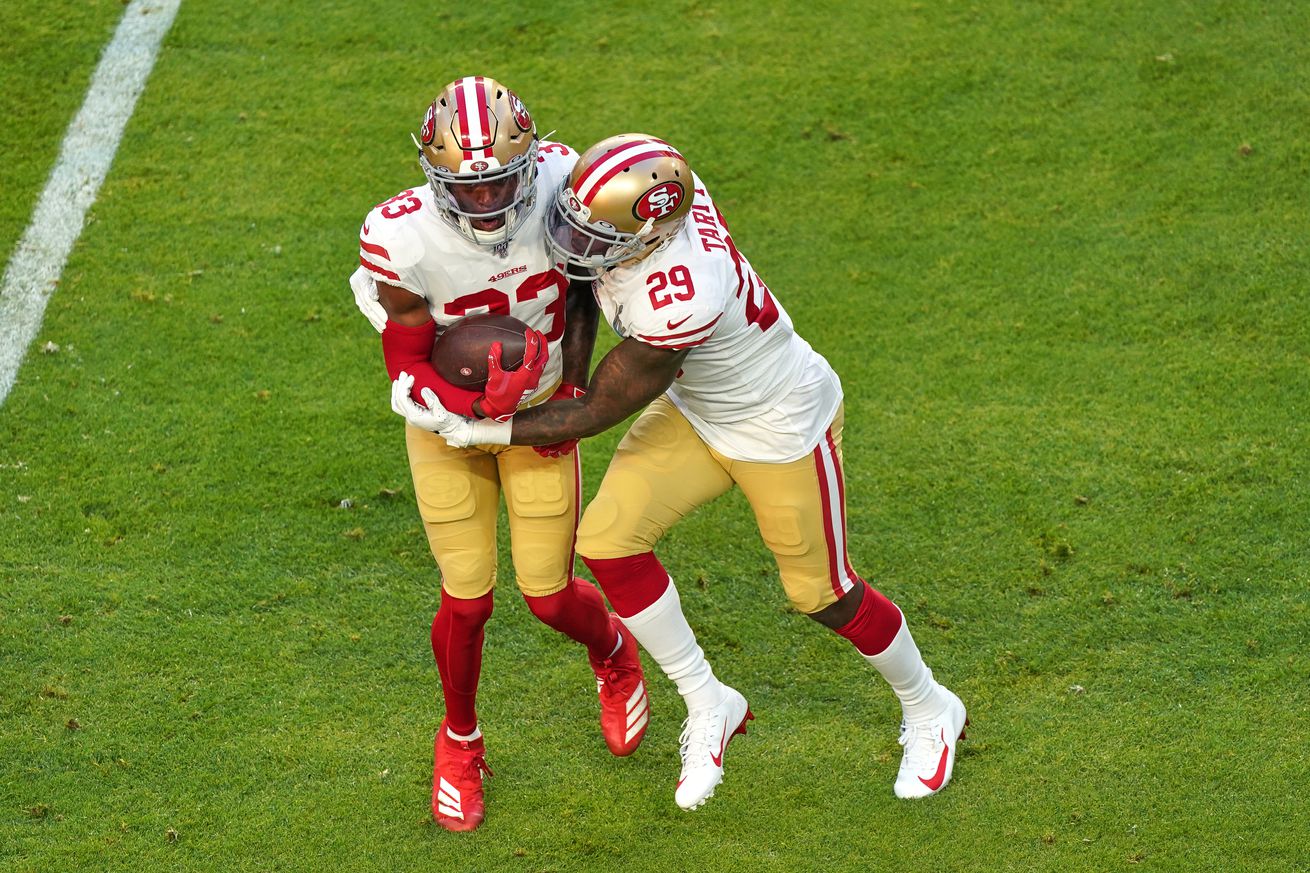 Everything you need to know in less than five minutes

According to Kyle Shanahan on KNBR Thursday, Jaquiski Tartt is going to miss the rest of the season with turf toe. Ask 49ers players and coaches about it and they’re likely to give you some sort of answer that involves the mantra, next man up. In the case of the game this week, will that answer to that mantra finally be Tarvarius Moore?

Despite solid production in limited action, Moore has played in less than 14 percent of the defensive snaps this year. A year, I remind you, that has seen injuries to both Jaquiski Tartt and Jimmie Ward, as well as an extended appearance by Brian Allen at one point.

If you ask Kyle Shanahan and Robert Saleh why Moore hasn’t seen more action, you’ll get an answer, but you won’t get the answer. Is this week finally the week? Or will we see more of Marcell Harris refusing to flip his hips until the receiver is already past him?

We talk about that and more in today’s Stats & Eggs. Take a listen and get up to date on everything you need to know in less than five minutes.