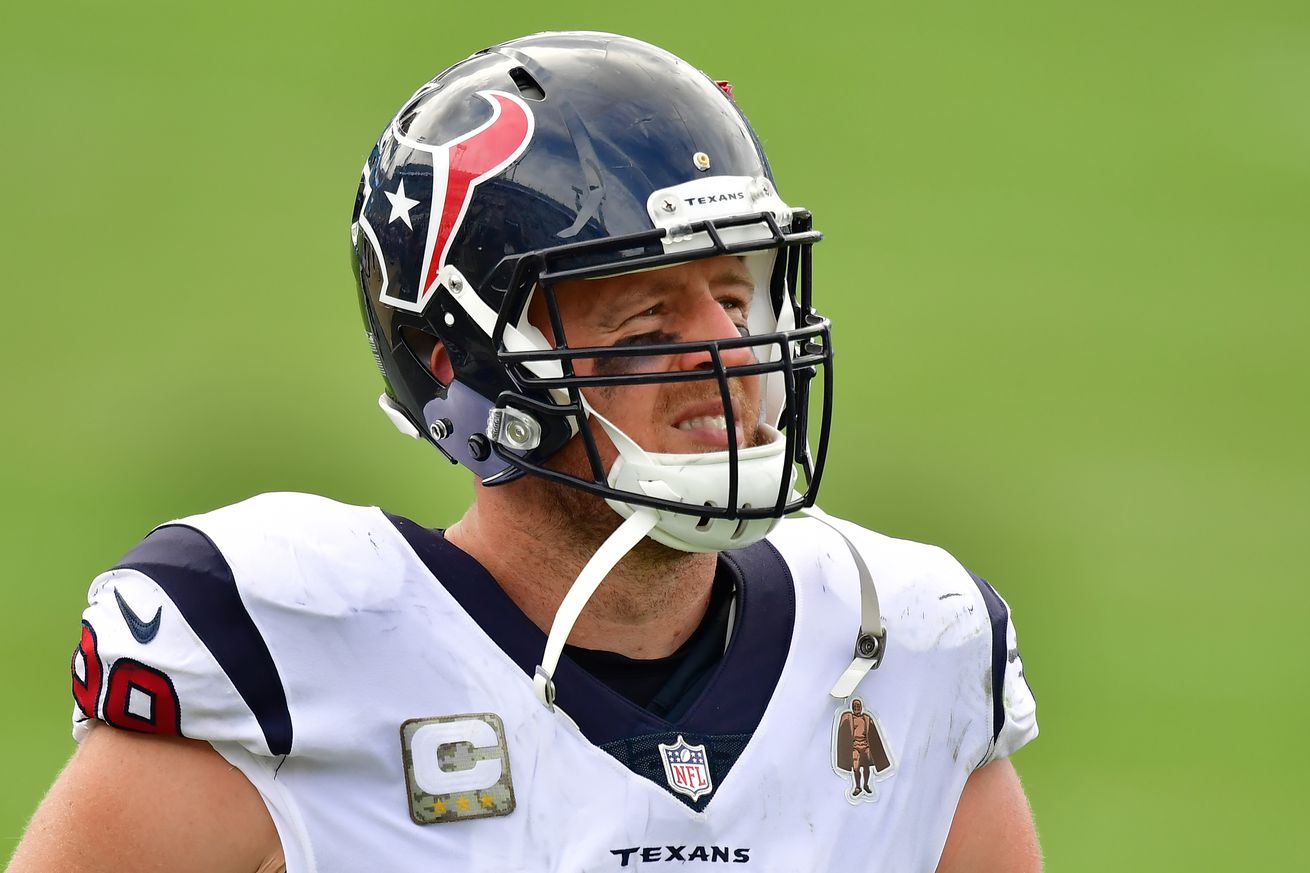 If the Niners could work out the money, would you want them to?

Seven years ago when Aldon Smith was wrecking offenses for the 49ers, I used to constantly point out that he had a better start to his career than the guy who was picked four spots after him in the 2011 NFL Draft, JJ Watt. Watt has since decided to shut me up by becoming only the second player ever to win three Defensive Player of the Year awards. But what if he became a 49er?

This story from NBC Sports Bay Area says Watt will likely be traded to a contender this offseason, and the 49ers certainly look to fit that criteria with everyone healthy. While the probability of something happening isn’t very high because Watt will make $17.5 million next year, allow that to marinate for a second.

Wouldn’t it be awesome to see JJ Watt and Nick Bosa bookend a 49ers’ defensive line with Javon Kinlaw and Arik Armstead in the middle? How much better would whoever the team ends up keeping in the secondary look with those four guys up front making life miserable for opposing offenses next year?

Obviously the 49ers would have to do some maneuvering to get that done, but if they were willing, would you want them to do it?

You can hear about that story and catch up on everything related to the 49ers in today’s Stats & Eggs podcast, which you can find on this very page. You know, ‘cause we’re nice like that.