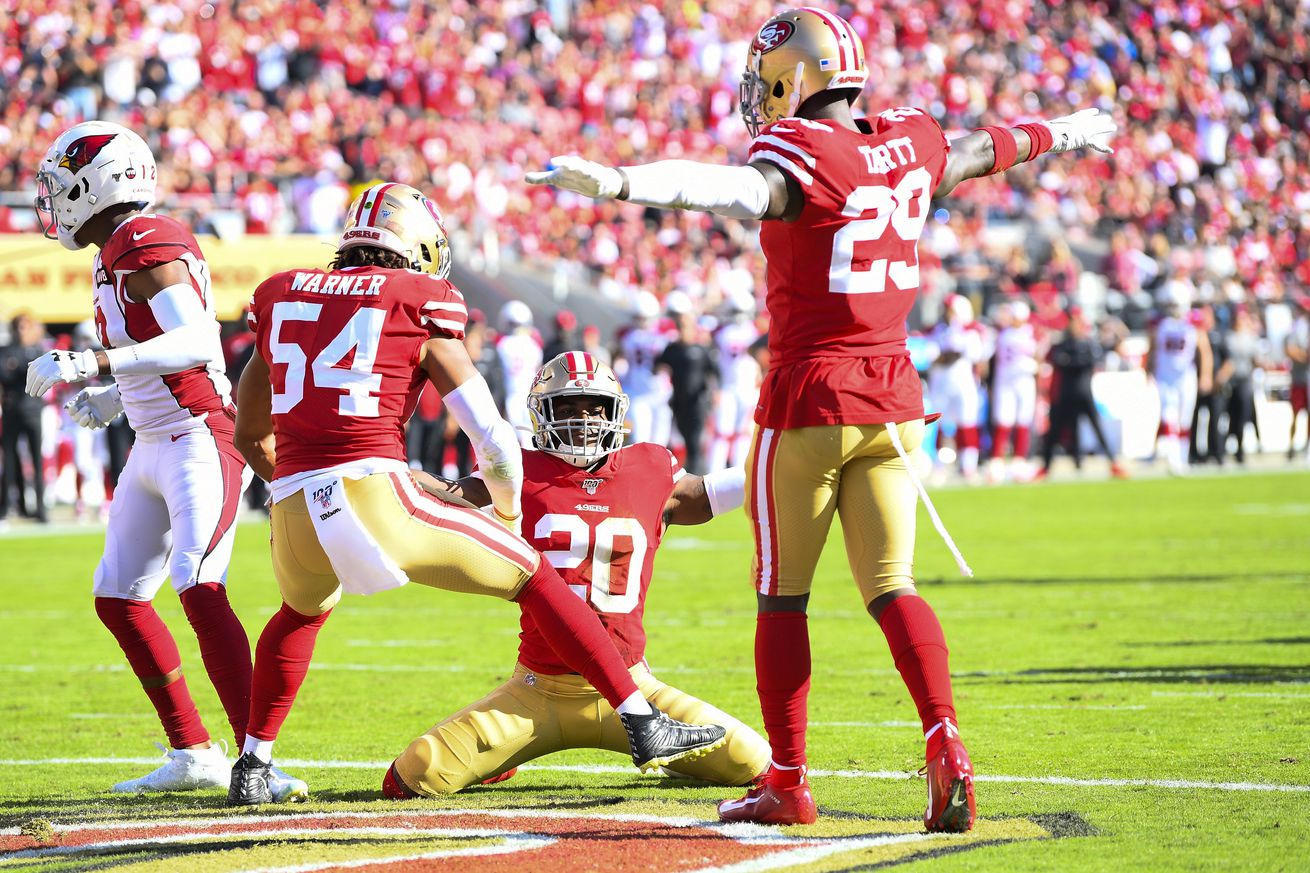 The team gets some much-needed rest, as well as some talent and a couple of players that have playoff experience.

It was a season of many firsts for the San Francisco 49ers’ newly acquired wide receiver Emmanuel Sanders. The veteran became the first 49er in franchise history to throw and catch a touchdown in the same game. That happened in a historically high-scoring game in New Orleans. Sanders also became the first player in NFL history to catch a pass in 17 games in one season. That became possible when Sanders was traded from the Denver Broncos after the 49ers bye week and before Denver’s. Needless to say, Sanders is exhausted.

San Francisco not only played 13 games in a row, but they played a historically difficult strength of schedule in the second half of the season. The team became must-see, but there is no doubt that these games were taking a toll mentally and physically. This is why the 49ers finishing the season 13-3 with their late schedule, injuries, and everything else that happened was so impressive. It’s evident the team needs a break, and it came at a perfect time.

It’s tough to quantify how imperative it was for the 49ers to get a bye. Richard Sherman only missed one snap in the Rams game after being banged up after a tackle, and he was slow to get up during the Seattle game after another tackle. So many players are likely dealing with nicks and bruises from the gauntlet that is playing 13 games of NFL football in a row. They’re not hurt, but the trio of Arik Armstead, Nick Bosa, and DeForest Buckner have to thrilled to have a week off. By need, the trio has been forced to play upwards to 86% of the snaps during December. Guys like Deebo Samuel and Sanders were wearing non-contact jerseys in practice as of late. The running backs, George Kittle, you name it, and they could probably use a week off from contact.

The 49ers knew they needed fresh bodies. The team signed defensive tackle Earl Mitchell on Tuesday, and also added two defensive linemen to the practice squad. I’m not big on “soft factors,” aka things that take place outside of the white lines, but hearing from someone that has been there does have an impact. Mitchell has played in five career playoff games. Dee Ford, who is returning from a hamstring strain, has played in five career playoff games as well. While he’ll be remembered for jumping offsides against the Patriots last year, his Divisional game the week before against the Colts was one of the most dominant performances of the playoffs. San Francisco is adding talent and experience for the playoffs.

The 49ers released safety Antone Exum Jr. when they brought on Mitchell. That points to the return of Jaquiski Tartt, who has allowed one touchdown all season, and it came at the one-yard line against Seattle when there were all types of motion and chaos going on. Tartt also only missed five tackles on the season. For a team that relies on players to process quickly and execute, missing Tartt for December showed just how much he covered up on the backend. Because he’s not always making “highlights,” it undermines Tartt’s value. San Francisco’s red zone defense took a major hit last month. Opposing offenses scored on 14 of 16 possessions inside the 20-yard line. I’m not saying Tartt is going to morph the defense completely, but the defense was third in the NFL in the games Tartt played.

Why? The 49ers played more single-high, vanilla coverage near the goal line with Tartt out. It made the team more susceptible to isolation routes and throws over the middle of the field. With Tartt in, Robert Saleh trusted both safeties to play more man-matching coverages. The bye week not only gives the 49ers a chance to get their legs and energy back, but they also get talent and smarts back. Two traits they lacked in the most critical moments. The No. 1 seed will prove to be beneficial for the Niners, and likely the reason they’re able to advance in the playoffs.