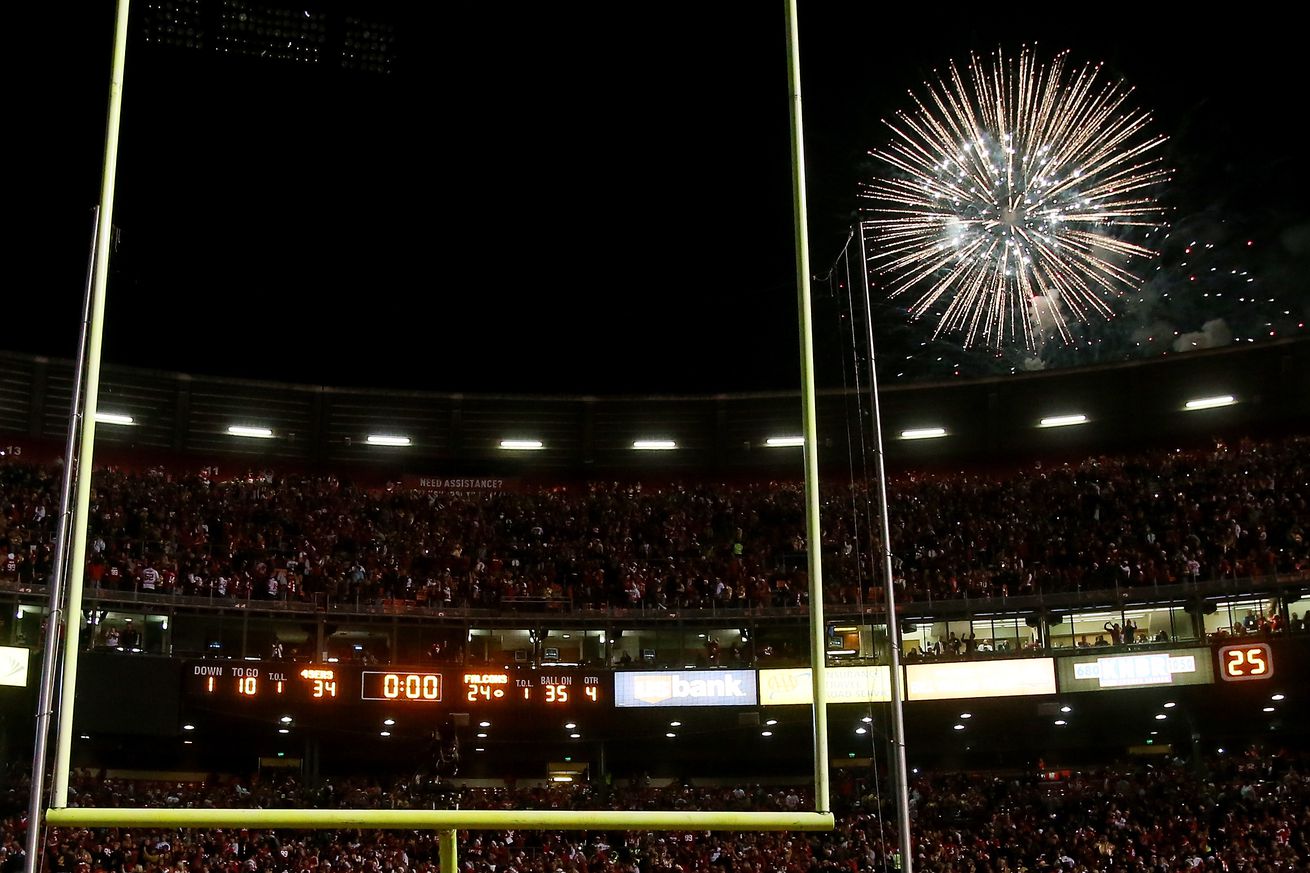 To start 2019, I wrote my bold predictions and asked for yours. The intention was to return at the end of the year to see who was right for nothing other than bragging rights.

And we did much better than in 2018. I actually got some right this year. Last year I went 0-10. With that said, let’s see what I predicted to start the year and what I got right for bragging rights

So first, what was yours? Almost all of you predicted 23-0. Well, you were wrong on that one.

What You Talkin About Willis had some great predictions. Notably, he said one 49er would have more interceptions than the entire teams total in 2018. Look no further than Richard Sherman. Not hard, the 2018 49ers had two interceptions. He also predicted that Pierre Garcon, Malcolm Smith, and Earl Mitchell would not be on the 49ers roster by Week 1. Earl Mitchell is back on the team, but he wasn’t there in Week 1, so I’ll give you that.

AK4niner made a few good ones as well. He predicted a bandwagon for the fifth-round pick. That pick turned into Dre Greenlaw. While the bandwagon is nowhere near as huge as it is for Mitch Wishnowsky, everyone wast rooting for this kid on day 1 given his story, and right now, Greenlaw kept the 49ers in Santa Clara for the playoffs. He also predicted a monster edge rusher and a top-10 D. Well, that certainly happened.

Not exactly 49ers related, but RinaldoPurrisimo made a money prediction on the NFL Draft. In his words from the comment: “The Bengals are horrible first pick in the draft bad with a terrible defense(Niners whoop them)”

Wow. I think he wins the award for best prediction.

Well. He’s on there. The third quarterback on the depth chart, but he’s on there. I guess I messed this one up.

2: Reports will come that several teams are interested in trading for Mullens prior to the 2019 draft

3: There will be a quarterback controversy before the end of the 2019 season, Garoppolo will end the controversy

Nailed it! How much dirt was being shoveled Garoppolo’s way to start the season on the turnovers, dumb throws, etc. etc. It seemed like it was more lukewarm than anything. Then comes the Pittsburgh Steelers, Arizona Cardinals, and others where you realize the 49ers would want no one else in their corner.

Does anyone right now really think Nick Mullens should be the starter?

4: The 49ers will beat the Seahawks in Seattle, by two touchdowns

Do I get partial credit? The 49ers did win…just not by two touchdowns.

5: Jerick McKinnon and Matt Breida will have a near 50/50 split on carries (give or take ten carries)

McKinnon going on IR, killed this prediction before it started. Then there’s the…uh… another thing. If you expected Raheem Mostert to blow up like he did this year, you might need a polygraph.

6: DeForest Buckner will finish 2019 with more than 15 sacks

Buckner finished with 7.5 sacks. What I failed to realize is this Wide-9 scheme makes Buckner useful, but not a sack monster. That’s still some good numbers by DeFo.

There are many good things Kittle did. He, unfortunately, did not do this.

9: 49ers will turn in a top-10 overall defense at season’s finish

There are some things later in the season that still drive us mad, mostly Robert Saleh’s playcalling as the game goes on. That said, the 49ers have a top-10 defense in several categories.

I’ll call this a win.

10: Fooch will shave his beard

Any idiot can guess a few hundred times and be right once.