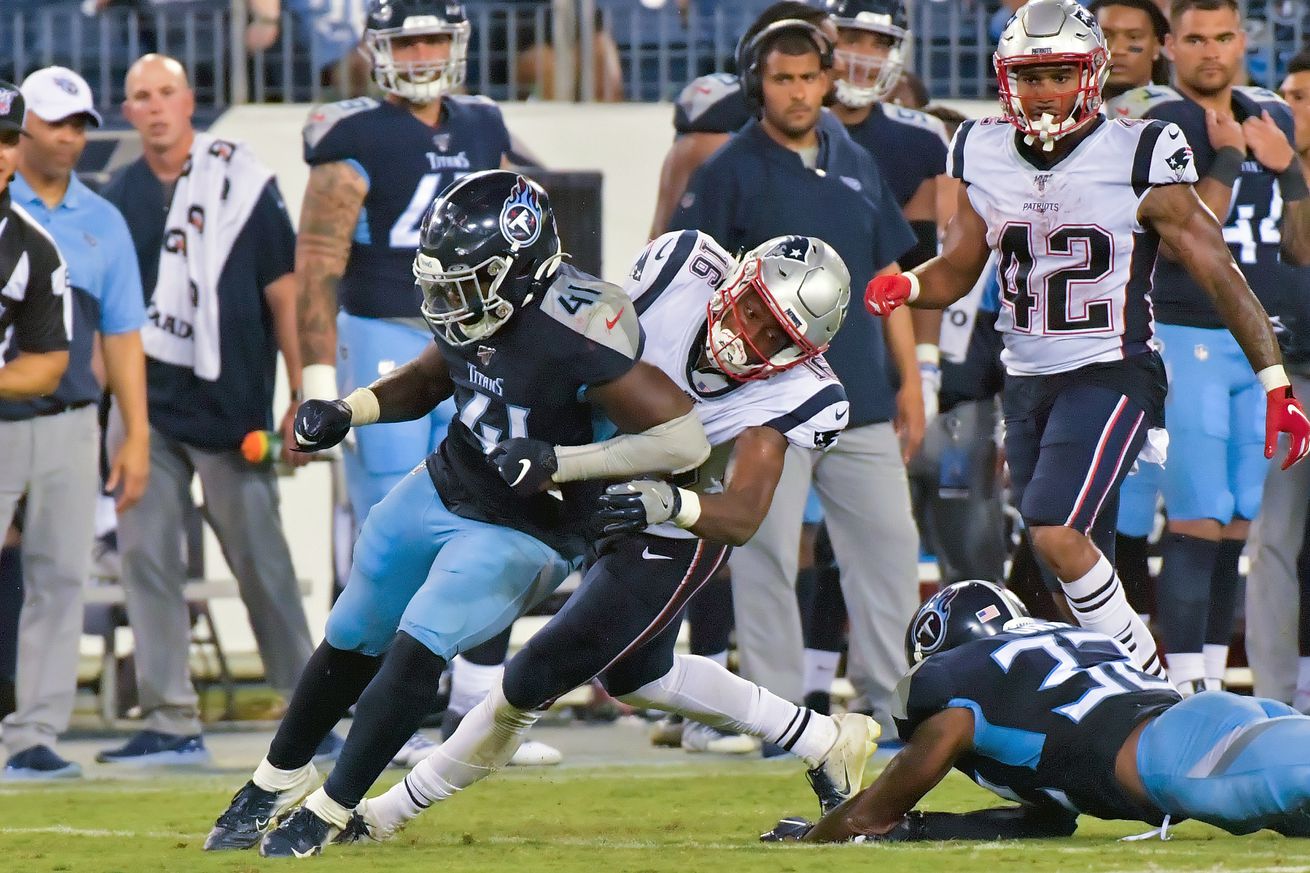 The AFC continues their playoffs with the Tennessee Titans traveling to take on the New England Patriots.

Let’s continue this AFC playoff thing with what will be an interesting wild card game between the Tennessee Titans and the New England Patriots.

The Patriots may have won the AFC East, but they lost their last game to the Miami Dolphins. That’s not exactly like if the San Francisco 49ers were to lose to the Seattle Seahawks. The Dolphins were seen to be tanking for Tua at one point this season. They have a boatload of first round draft picks for 2020, but they are a bad team. And the Patriots lost to them. Tom Brady hasn’t been a bad quarterback by any means, but he’s definitely not putting up the numbers we’re used to seeing from him. Then there’s the Patriots defense. There’s only been one game where they’ve surrendered 30 or more points and that was the Baltimore Ravens. Beyond that, Patriots defense leads the league in the least amount of points scored against and yards surrendered (the 49ers have the second fewest yards surrendered—in case you’re curious).

The Titans have had a sort of revival with an unlikely quarterback. Ryan Tannehill came in for an ailing Marcus Mariota and the Titans haven’t looked back. A lot of Tannehill’s success might come from some good coaching, from having a decent running back for once in Derrick Henry (1540 rushing yards for 2019), and for having rookie wide receiver A.J. Brown who has made a strong case to be offensive rookie of the year. Regardless of how long this can keep up, the Titans all the sudden are scary on offense and given the Patriots recent issues, counting the Titans out could be a bit premature.

Here’s an open thread for the game.