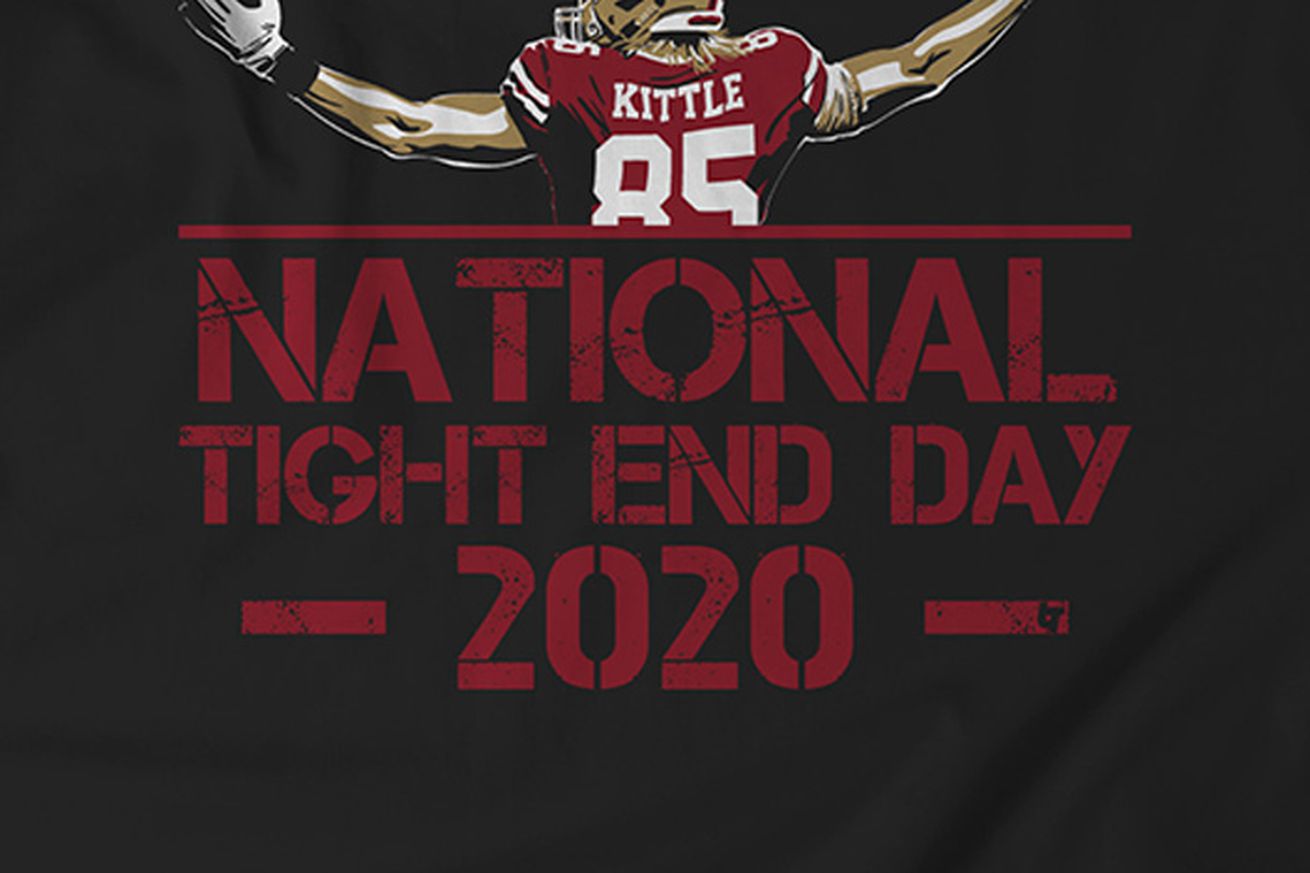 We have shirts available for you if you’re interested.

Today is Nation tight end day, and you know what that means: It’s time to talk about San Francisco 49ers tight end George Kittle. It’s hard to imagine Bill Belichick letting Kittle do much during Sunday’s game, but that’s where Kyle Shanahan’s creativity comes into play. Kittle spoke about where this day originated from when he met with the media this past week:

We just kind of rolled with it, and Garrett Celek had a touchdown on that day. That was our first annual Niners National Tight End Day, but in my opinion, every day is National Tight End Day. But the NFL just wanted to give us one specified weekend, which Is the last weekend in October. So thank you to them for that.

But it’s fun, just the fact that tight ends get a little bit of recognition on this one day, and all the tight ends are mic’d up. You can mash all that up together. I think it’s just fun.”

Garoppolo said later in the week that national tight end day originated from his second year in San Francisco when the 49ers played Detriot. Jimmy said he was trying to get Garrett Celek and Kittle fired up, so he started declaring it “National Tight End Day.” Garoppolo ended with saying, “I’m alright with it just being National Tight End Day. Those guys, they need some love too. They don’t get enough of it, in my opinion.”

You can buy the three shirts you’ll see below here.