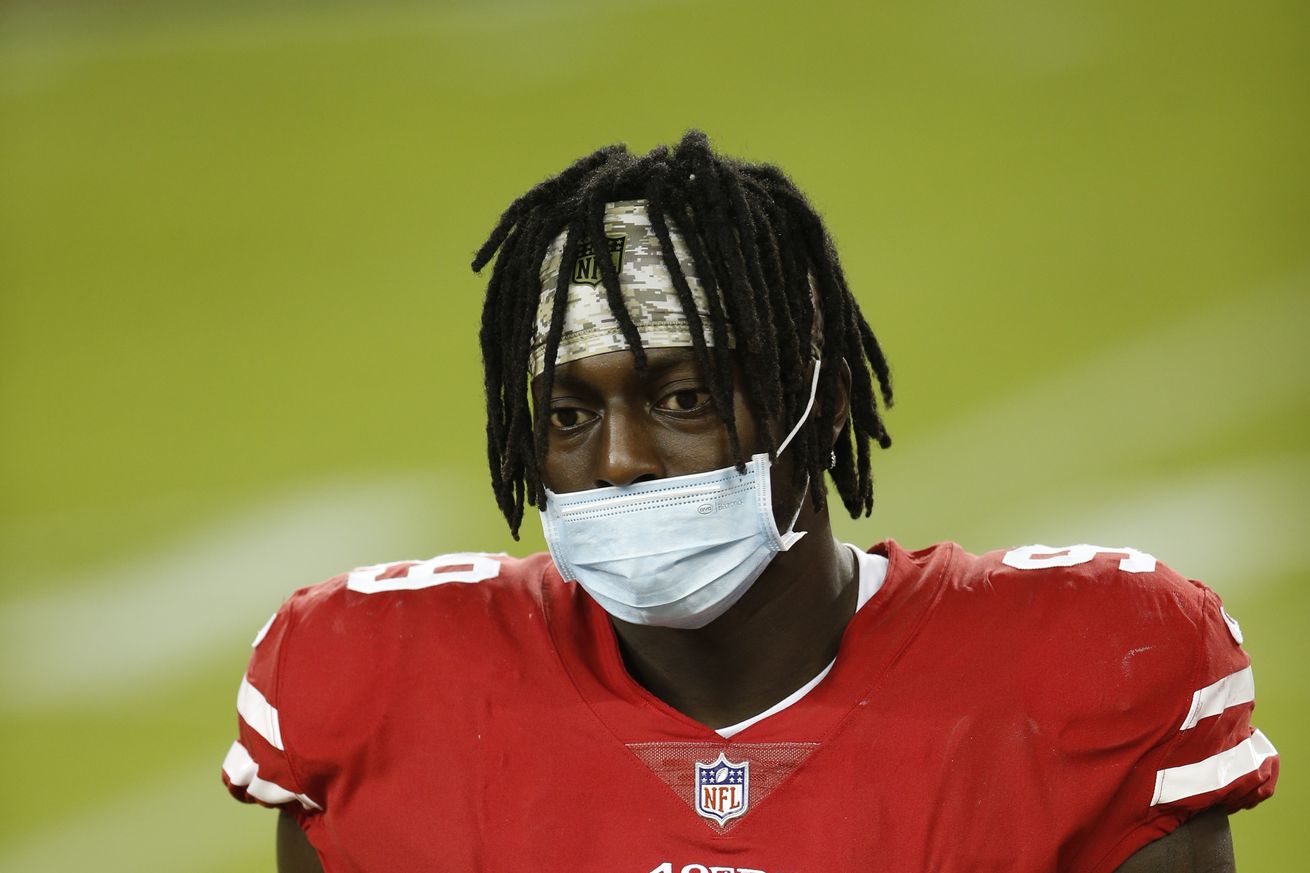 These issues have shown up all season, which had us thinking how different the Niners defense could look next year.

We are a few days removed from the 49ers home loss against the Packers on Thursday night. There aren’t too many “winners” when you lose by 17 points, score 17, and 14 of those came in the fourth quarter. In San Francisco’s defense, they were hamstrung on offense as they were down their two best players in Trent Williams and Brandon Aiyuk. There are a handful of takeaways from Thursday night’s contest that we should discuss, though.

How revamped will the Niners secondary look next season?

Emmanuel Moseley will be a restricted free agent next offseason. Richard Sherman, K’Waun Williams, and Jason Verrett will all be unrestricted free agents. Moseley has not fared well against top competition this season. Among cornerbacks that have been targeted at least 40 times, Moseley has allowed 62% of his targets to be completed this season. That number is not the problem. The issue is Moseley has allowed 344 yards, 99 yards after the catch, and four touchdowns, which is tied for the fifth-most in the league.

Moseley has made plays on the ball, but you can’t trade those for touchdowns and big plays. Verrett has played better than anyone could have hoped. Teams are using his aggressiveness against him, and that’s why we’ve seen double moves as of late. The long pass Verrett allowed against the Packers put his season total over 100 yards. The issue always comes back to health with Verrett. Will be be reliable for another season?

The team has been silent on Sherman’s injury. The odds he would return next season felt slim before the year started. Williams has been banged up as well. Add in Jaquiski Tartt, and we could be looking at a secondary that has a new safety and two new cornerbacks in 2021.

The only way to soften the loss of Bosa would be for Dee Ford to play over half of the snaps on defense. For context, Jordan Willis has played five fewer snaps this season than Ford. Even if Ford does return, his experiment with the Niners is likely over, as the team could save $16 million in cap space while eating about $4.7 million in dead money.

Javon Kinlaw is a rookie. It’s important to remember that. Against the Seahawks, I thought Kinlaw had his most active game as a pro. His success has not translated into QB hits or sacks, and that’s been frustrating for many 49ers fans. Kinlaw will be fine, and he’s already a good run defender. It was always going to take time for him to develop as a pass rusher, so patience will be necessary.

Arik Armstead has played well this season. He’s an above-average run defender that has flashed as a pass rusher. Arik has been active in just about every game this season. This issue is, San Francisco isn’t paying Armstead for flashes. They’re paying him to finish. This season has shown Armstead isn’t a “No. 1” type of pass rusher. There aren’t many of those in the NFL.

The 49ers will need to add another edge rusher this offseason. The good news is they should have the cap space with Ford’s contract off the books. I’m curious as to whether they go the cheaper route, and use their available salary cap on a cornerback or offensive lineman. John Lynch has made it clear that he wants four high-quality pass-rushers upfront. Bosa is No. 1 and Kinlaw isn’t going anywhere. Armstead is at his best when he rushes from the inside. That leaves the door open to add a player on the edge.