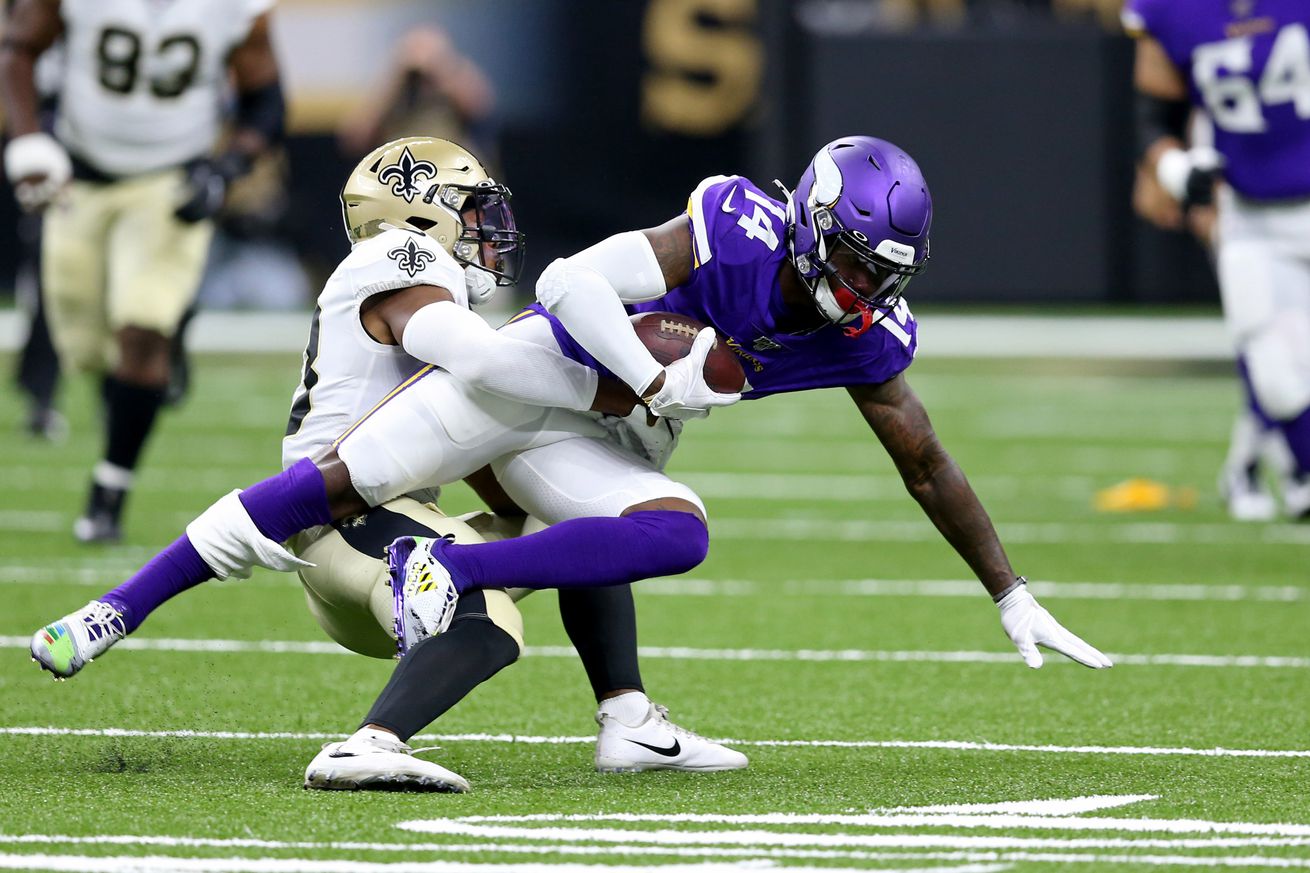 The NFC wild card begins with the Vikings and the Saints

The playoffs continue this morning with the New Orleans Saints taking on the Minnesota Vikings. These two teams were responsible for giving us the Minneapolis miracle in which the Saints were beaten at the absolute last minute by a Stefon Diggs touchdown. That alone should say the Saints don’t want another outcome like that. The game is in New Orleans and that is notoriously tough to play…well unless you’re the San Francisco 49ers.

We’ve talked about which team we’d want to face in the playoffs and if the Vikings win this game that would make them the 49ers opponent for next week’s divisional round. The Vikings have started getting hot with their defense and their run game, but the big question mark has been Kirk Cousins. There’s been a narrative that Cousins can’t show up in big games and until proven otherwise, there might be more of the same here. So far he’s 0-15 against teams that finished with 12 or more wins.

On the other side is Drew Brees, who has played some of his best football ever at 40 years of age. Again, dude is 40 and he finished the regular season with a passer rating of 116.3. Now that is also counting the five games he missed. I bet if he played those games, there’s a chance there might be a bit of a stinker in there. The Saints were seen as a Super Bowl favorite going into 2019 and there hasn’t been much to change anyone’s mind. Even if some no-name quarterback went strike for strike with Brees in one game. The big question will be after this game. If the Saints win, they go on the road, and they are a different team in that situation.