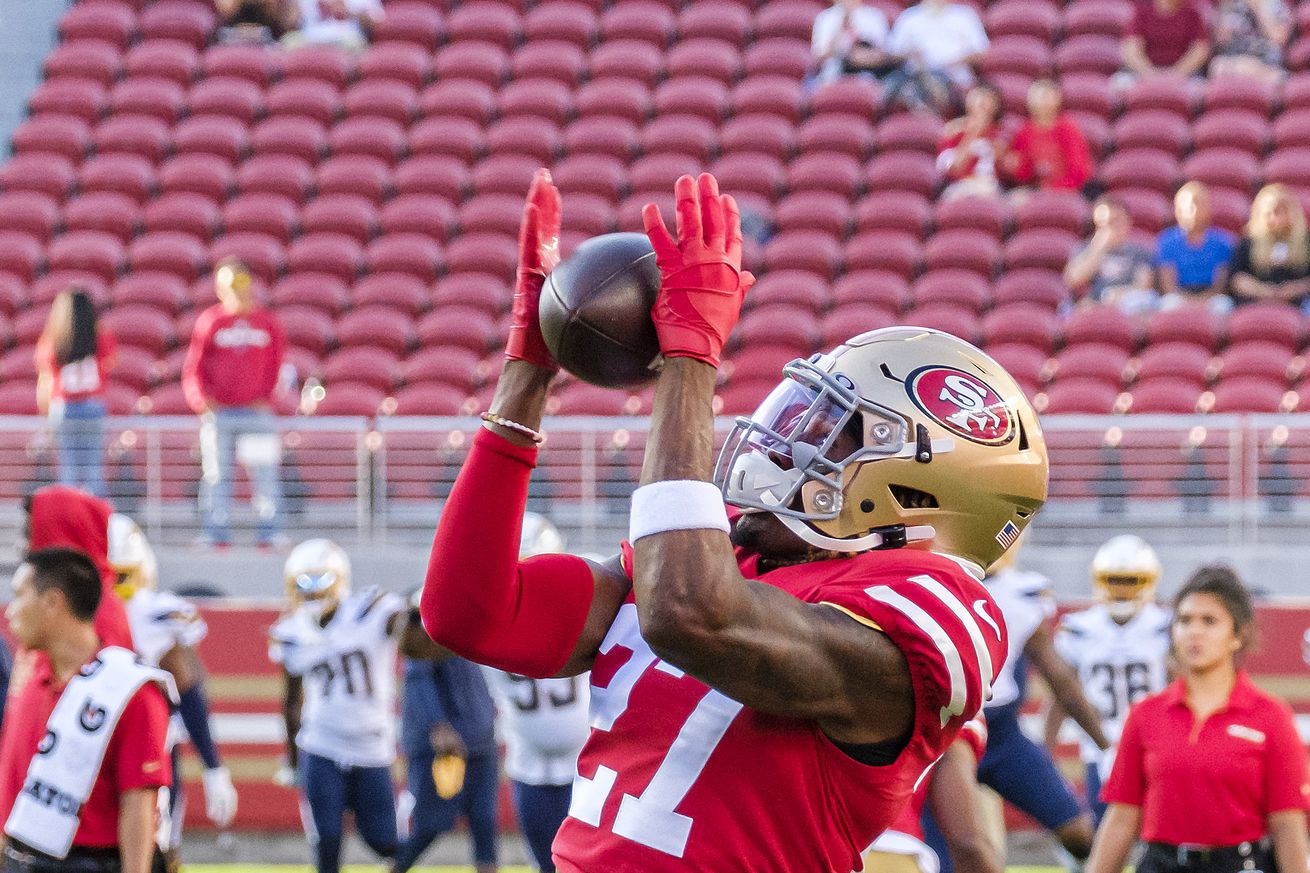 This coming Thursday, August 6, would have been the Hall of Fame game. That kicks preseason games off, and before you know it, the regular season is here. With the global pandemic—as of August 1 there were 68,000 new cases and 1,371 new deaths, per the CDC—August will be a strange month for us without the routine training camp reports and glorified scrimmages.

What will you miss the most from the preseason? Last year, this fifth-round rookie linebacker kept making plays, and you kept wondering if that was because he was playing against backups. A few practices later, and Dre Greenlaw gets to start. First play: Greenlaw knifes through the offensive line and makes a tackle for loss. Greenlaw made a splash play on the first play of practice three days in a row. He wasn’t only making plays to begin practice, though:

Greenlaw has had a day. INT. PBU. Just ran stride for stride with Coleman on a wheel route to force an incompletion. #49ersCamp

After that practice, Malcolm Smith never stood a shot. Without access to practice, we won’t have this kind of insight. That’s what I’ll miss the most.

I also remember watching with Rob Lowder, and he told me Raheem Mostert could start for a lot of teams. What seemed like hyperbole came true by Week 1.

What will you miss about preseason football?