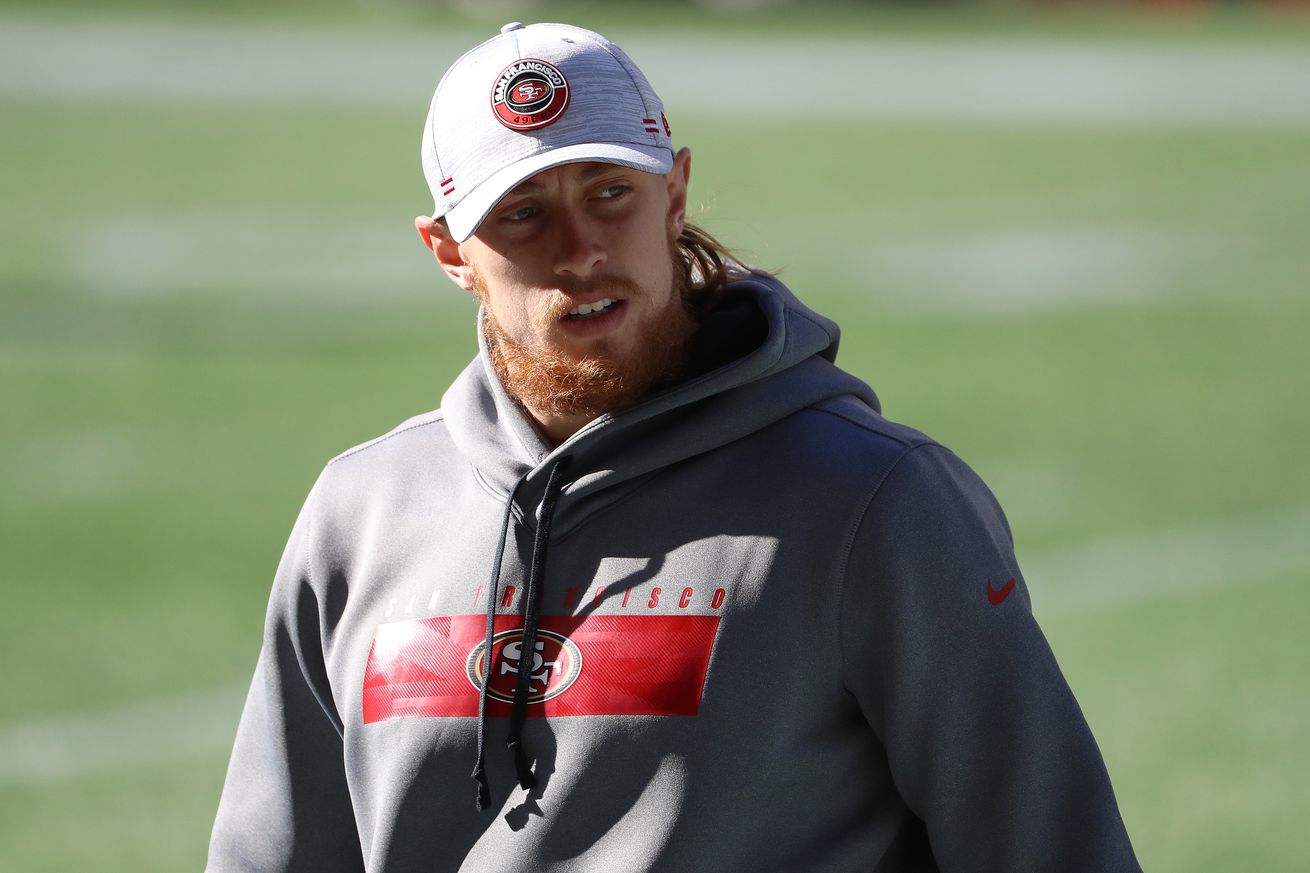 As we sit a game past the halfway point, there have been plenty of great pieces about what we’ve seen from the 49ers so far this season. Like this one, for example. I can’t pretend that I am qualified to take a deep dive into the ins and outs of each individual player, but I can tell you in a big picture sense, which players are doing their jobs this season, and which players are not. I call it, the 2020 49ers Jobs Report, and it is the subject of today’s Niners Nation podcast.

Basically, the gist is this. In order to have any chance at victory, you need at least half the starters on each side of the ball to do their job consistently. An elite quarterback like Russell Wilson or Patrick Mahomes gives you a little more flexibility with the numbers, but by and large, six guys better be pulling their weight if you want a puncher’s chance out there.

On today’s podcast, I reviewed the first nine games of the season for the offense, the defense, the special teams, and the coaches to determine exactly where the 49ers stand in each area so far in 2020. More importantly, I wondered how many guys it would be possible to flip into the “doing your job” column by the end of the year.

By my count, there are six players on defense that are taking care of business, and five on offense that can say the same. You’ll have to listen to the episode to hear who falls where, but I will say that one of the team’s best players on offense didn’t land where you think.

How many would you say are passing the mustard right now? Do you think the guys that aren’t will turn it around in the second half, or will 2020 be a completely lost season?