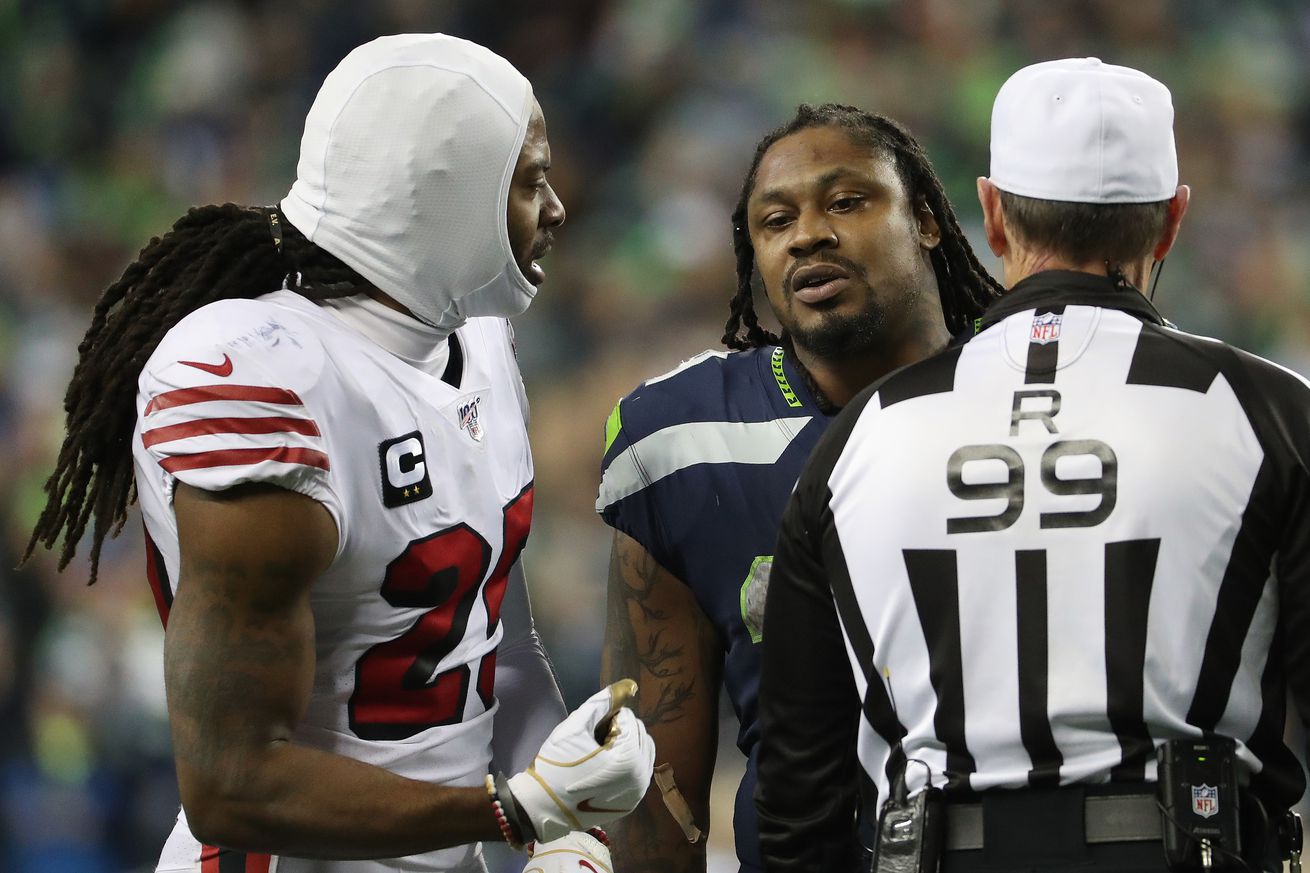 Spoiler: Kittle is a winner. Again.

The San Francisco 49ers are NFC West Champions after beating the Seattle Seahawks on Sunday Night Football. There were standout performances as usual, but there were also a couple of areas for the Niners to improve. Despite Seattle storming back and making it a game, there were only a couple of “losers” in this one. Let’s go over the winners and losers, starting with who else?

Kittle didn’t lead the 49ers in receiving, which is rare, but five of his seven receptions went for first downs. Kittle remains nearly impossible to bring down on the first attempt. He broke three tackles, and 48 of his 86 yards came after contact. Unsurprisingly, the 49ers were successful on the ground with Kittle in the game. There is so much he does as a player that can’t be quantified.

The two most important players on the 49ers offense raved about Samuel after the game, and for a good reason. Samuel took a reverse for a touchdown as he spun back toward the field and avoided a tackle. I know he didn’t time like it, but I believe Kittle when he says Samuel ran a 4.3 40-yard dash. The drops are frustrating, but when Samuel is involved, this is a Super Bowl-caliber offense. Four of Deebo’s five catches went for first downs. He broke four tackles, and 64 of his 102 yards came after contact. He’s mini Kittle with the ball in his hands. It can’t be fun trying to tackle these guys.

I probably should have started this off with Greenlaw, who played out of his mind at the right time for this defense. Greenlaw had a tackle for loss where he read a screen, came from the other side of the field, and ran the play down. It was the type of play that makes you think a player is “starting to get it.” Greenlaw had nine run stops on the night and made the game-saving tackle to end it.

Sherman on Greenlaw’s growth as a player: he’s just incredibly poised. he came in as a fifth-round pick, but he doesn’t play that way. he looks like a guy that should’ve been drafted way higher. pic.twitter.com/XbDje5RWxk

The rookie theme continues, as Bosa played one of his better games he had all season. Six tackles on the night, five of those resulting in stops. If you looked up, Bosa was probably in Seattle’s backfield. He finished the night with 11 total pressures, which was tied for the most of any player all season. It’s impossible to fault Bosa for being in coverage and giving up a. pass on third down. He did hit Russell Wilson four times on the night. I sound like a broken record, but Bosa’s effort doesn’t change from the first snap to the last.

What happened? Was Witherspoon’s play that dependent on the pass rush? In the last three games, Witherspoon has allowed 18 of his 22 targets to be completed. Fourteen of those have gone for first downs, and the other four went for touchdowns. While Shanahan said he hadn’t decided on who will start in the Divisional playoff round, I think we already know our answer.

Williams wasn’t great, either. He allowed five receptions on six targets for four first downs. A couple of those came on third downs when the 49ers had a chance to hold Seattle to a field goal. The most concerning part were that four of those first downs came from four different receivers, including a critical conversion that put the Seahawks at the one-yard line before Greenlaw saved the day. Hopefully, this was more of an off-game for Williams than a trend to come.

We are being brainwashed that sacks aren’t important anymore, and pressures are more indicative. How many times this season did the 49ers have Russell Wilson bottled up, only for him to escape and make a play? In the box score, some of the Niners’ defenders will be rewarded for pressures and QB hits, but if it was a successful play for the offense, those stats shouldn’t count. Seattle scored a touchdown on a few drives where San Francisco had a handful of “pressures.” That’s my stance on that, which is why Buckner is a winner.

Seattle had a 3rd & 2, and Buck whips his man and forces Seattle to punt. The 49ers get the ball back and score to make it 13-0, and that took us to halftime. Sacks matter. It wasn’t just that one play, though. Buckner had another stop, four other pressures, and played some stout run defense in the middle. All while playing 86% of the snaps.

Jimmy G was sacked twice on the day, and one of those came when the offense got caught in a bad situation, and Seattle had the perfect blitz on. For the game, Garoppolo was rarely under pressure and had plenty of time to scan the field. On the ground, the 49ers averaged 5.3 yards per carry and had four runs go for ten or more yards. Both tackles brought their A-game, but Daniel Brunskill pitched a shutout as well inside at right guard. There was one play in the third quarter where Ben Garland drove his man about 12 yards down the field and pancaked him. That play summed up the offensive line’s performance on the night.

Statement game from Joe Staley in Week 17. Erased Clowney and had what was probably his best game of the season heading. This after battling through a broken leg among other injuries this season. HUGE for this offense heading into the playoffs. pic.twitter.com/30hYWGSTWW