Over the last few months, we have seen several linebackers mocked to the Raiders at No. 17. The most common player has been Notre Dame’s Jeremiah Owusu-Koramoah, but Micah Parsons is often slotted to the Raiders in the first round, as well.

However, is there a chance the Raiders would select a different linebacker altogether in Round 1? In a recent piece by Albert Breer of Sports Illustrated, he wrote about all 32 team’s needs entering the draft and a player (or two) that would make sense in each draft spot.

For the Raiders, that was linebacker Jamin Davis from Kentucky. Here is what Breer had to say about who Jon Gruden and Mike Mayock may pick at No. 17:

“Given their losses on the offensive line, someone like (Christian) Darrisaw could make sense for the Raiders. But keep an eye on Kentucky LB Jamin Davis right in this area—he’d be a good fit for new DC Gus Bradley’s front, maybe in a Bruce Irvin type of role, and has been great with teams in meetings after crushing his pro day.”

Of all the top-end linebackers in this class, Davis checks the most boxes for what the Raiders are after. He has the size, speed and production that Gus Bradley usually covets and he is a far better prospect than Kenneth Murray, who the Chargers selected last year in the first round under Bradley.

The biggest knock on Davis is the lack of experience, but he checks enough other boxes for it not to be a big concern. His production in the SEC in 2020 makes him a legitimate first-round pick and player who could play multiple positions in Bradley’s defense.

If the Raiders decide to ignore the offensive line in Round 1, Davis, along with defensive tackle Christian Barmore from Alabama, could be surprise picks at No. 17.

Ranking the 10 best linebackers in the 2021 NFL Draft 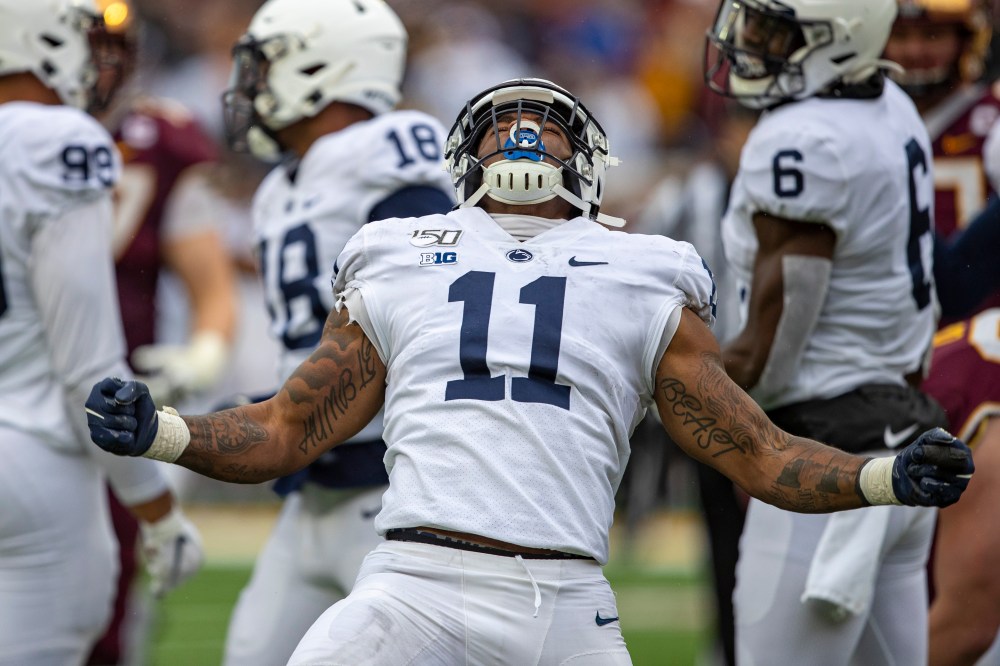