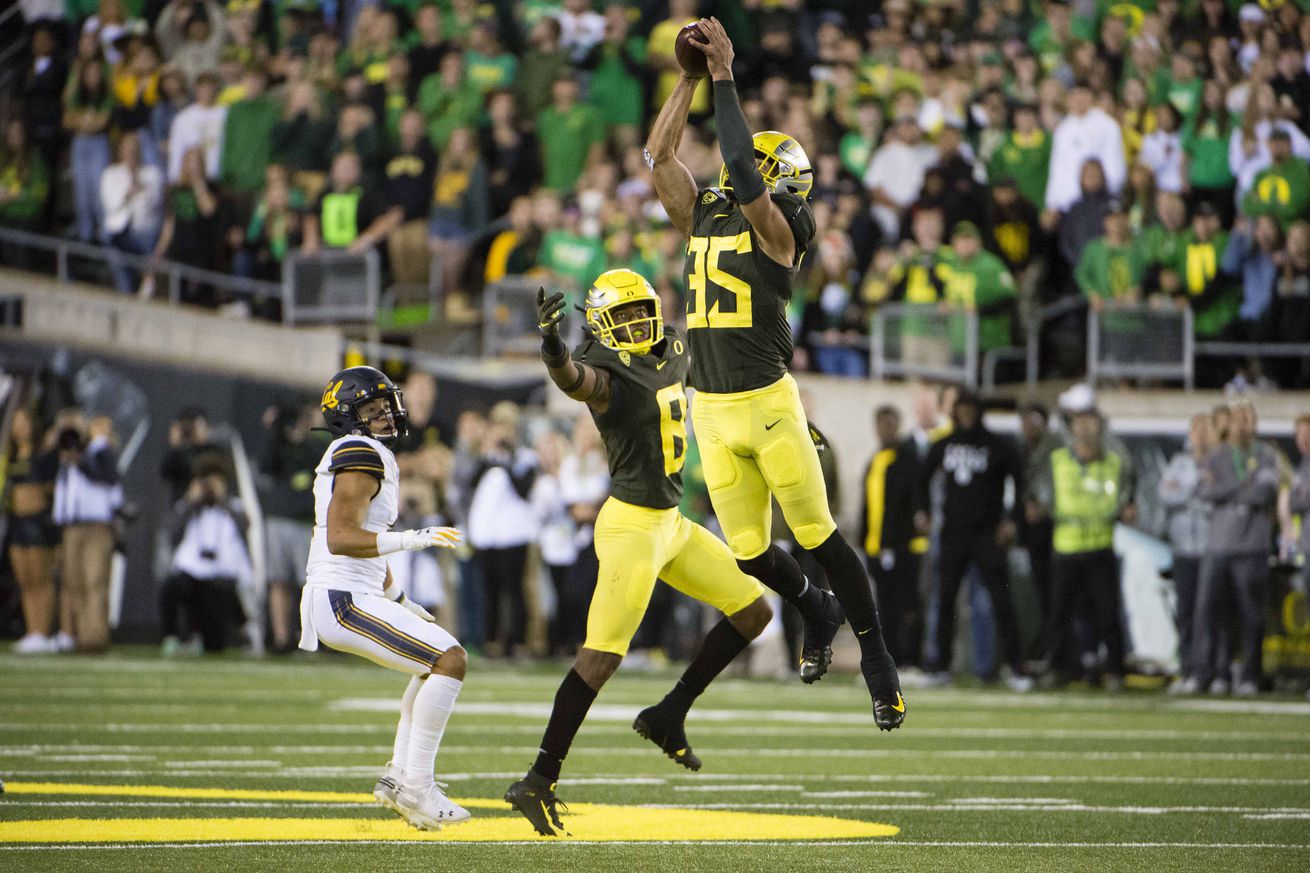 I’m going take a deep dive into this Linebacker class because it’s so obviously the Raiders weakest position group this offseason. Mike Mayock could take two or even three linebackers considering the current state of the LB corps. Not a single linebacker on this current staff should be anything more than a depth piece or situational player. Tahir Whitehead was a solid 2-down linebacker in Detroit and has been forced to play out of his depth since arriving here because the rest of the linebackers are just that bad. Here’s a look at my Top 10 linebackers in this current draft class.

NOTE: All heights and weights are unofficial.

Hudson started his career as a defensive back, but showed the Michigan staff that he was too good close to the line of scrimmage and eventually started taking all his snaps in the box. Rare speed and athleticism for a linebacker. While he is undersized, he didn’t lack punch when attacking the run game. He may be the best in this class in man coverage amongst linebackers entering the draft. Can get caught in the wash in the run game when processing more advanced rushing schemes.

Needs to work on: Fitting the run

Didn’t start playing football until his senior year of high school. Competed in track instead and ran a 10.5 in the 100M finals. That’s elite speed for any position, much less linebacker. Taylor split time between DB and LB until this final season at Colorado, where he focused on playing on the second level. His rawness can be obvious at times when watching his film, as he is often a tick slow reading and reacting to the play.

Needs to work on: Processing speed

Has tremendous burst when he pulls the trigger. Can cover a lot of ground and delivers shots with reckless abandon. Equal upside as a pass or run player and could develop into an all-around linebacker who stays on the field. Struggles to trust his eyes and attack at times, which leaves him missing too many tackles and for every play he makes. He left one on the field in his time in Lubbock.

Needs to work on: Trusting his keys

The signal caller for the Wyoming defense, Wilson is a great tackler who plays the run very well. A little stiff in coverage, could just be a 2-down LB in the NFL, but his level of awareness and route recognition is so good that he should be able to maximize his tools and be a consistent producer in an NFL defense.

Needs to work on: Range in pass coverage

Harrison could finish in the top 5 for me pending combine results. He has a similar game to Troy Dye, but didn’t have the same production in college and didn’t make as many impact plays. He’s a smooth mover for a man his size and acquitted himself well at the Senior Bowl, showing the hips to play man coverage and the physicality to fill the run. Can be taken out of the play with false steps.

Needs to work on: Cleaning up his footwork

Davis-Gaither has been a fast riser this draft season. As the best player at Appalachian State he helped his team go 12-1 in the Sun Belt and win four straight Bowl Games since he arrived on campus. Truly a swiss army knife defender, ADG can play anywhere from the slot receiver to the edge. He’s been knocked for his size, but it didn’t affect his game against the run and he handled his role on the edge even on run downs. If you just watch one of his games, you’ll see him make five or six impact plays in a matter of minutes.

Dye moves fantastically well for a man of his stature. And when the game gets dirty, he consistently knocks blocker’s heads backwards when extending his arms. He has a great nose for the ball and it helps him make plays at every level of the field. There are whispers about his toughness, but check out the last play in the clip. He makes a game sealing interception in the PAC 12 Championship game with a cast on one hand. Gruden will love this guy.

Needs to work on: Cleaning up footwork

Queen brought the juice to the LSU front 7. He’s an emotional leader, and his teammates fed off his energy. He’s a great run player who shoots gaps with decisiveness and takes on blockers with the correct leverage — both at an elite level. His work in the pass game has a lot of upside as well, showing the nimbleness to turn downfield and get into passing lanes. His biggest knock is that everyone thinks he’s slow. He can shut up the critics with a strong combine performance.

Needs to work on: Playing with urgency

Murray is a heatseeking missile who never takes plays off. Sprinting sideline to sideline for the Oklahoma defense, Murray’s effort and football character are unquestioned. He trusts his eyes so much, you’ll never see a moment of confusion for Murray. He pulls the trigger and explodes on a path towards the ball carrier. He has the athleticism and awareness to squeeze passing lanes closed, but didn’t have the ball production you might like to see. If a team needs to help him in coverage he’s shown he’s very adept at rushing the passer. Murray also might have some arm length issues that stop him from disengaging from blockers in the run.

Needs to work on: Defeating blocks

I didn’t do a film breakdown of Simmons because the current format I’m working with wouldn’t do it justice. I’m listing Simmons among the linebackers, but really he defies position. Let’s just call him a defensive weapon. Does your team struggle covering tight-ends or running backs? Does your team struggle fooling opposing offenses? Does your team struggle rushing the passer? Simmons solves all of those problems for whichever team is lucky enough to draft him. There have been some freaky athletes who came into the NFL on the defensive side of the football, but none have been as productive as Simmons has been in college. Do yourself a favor and watch a full game of his to appreciate the player.

Needs to work on: Focusing on a position

Evan Weaver, UC Berkeley – He’s a mad man who runs to the football with insane effort. Fantastic tackle production due to his non-stop motor. Clearly a limited athlete and might not offer much as a pass defender.

Shaquille Quarterman, Miami – Maybe I’m watching the wrong films, but I’m not seeing a guy who is an impact player. His stats say otherwise, however, and his production is among the best in class.