One player who could benefit greatly from a scheme change on defense is Clelin Ferrell. Under Rod Marinelli and Gus Bradley’s defense, Ferrell just didn’t fit in the way Jon Gruden had hoped when they selected him at No. 4 in the 2019 NFL Draft.

Marinelli and Bradley run a traditional 4-3 front (although it’s really a 4-2-5 defense), while Patrick Graham’s defense will be more multiple. That could greatly help someone like Ferrell, whose best spot might be as a 5-technique in a 3-4 or as an EDGE setting 3-4 OLB. But is there a chance Ferrell isn’t even on the roster this season?

In a recent article by ESPN’s 32 beat writers, they were asked to name one veteran who is on the roster bubble heading into training camp. For the Raiders, that was none other than Ferrell. Here is what senior writer Paul Gutierrez had to say about his spot on the roster:

“The No. 4 overall pick of the 2019 draft hasn’t lived up to his lofty draft standing, after registering 4.5 sacks as a rookie but 3.5 sacks since and six quarterback hits last season.

And with the Raiders having signed vet Chandler Jones (a year after they brought in Yannick Ngakoue) to pair with Maxx Crosby, Ferrell did not have his fifth-year option picked up and might be on high alert. Unless, of course, he is a better fit in new defensive coordinator Patrick Graham’s scheme.”

The Raiders do have other several pass rushers on the roster that warrant more looks, such as Malcolm Koonce and Kyler Fackrell. But given Ferrell’s length and ability to stop the run, it still feels likely that he’s on the 53-man roster.

However, Ferrell’s roster spot is anything but secure. He needs to have a strong training camp and preseason to earn significant snaps this season, but expect the former Clemson star to remain on the 53-man roster for one more year. 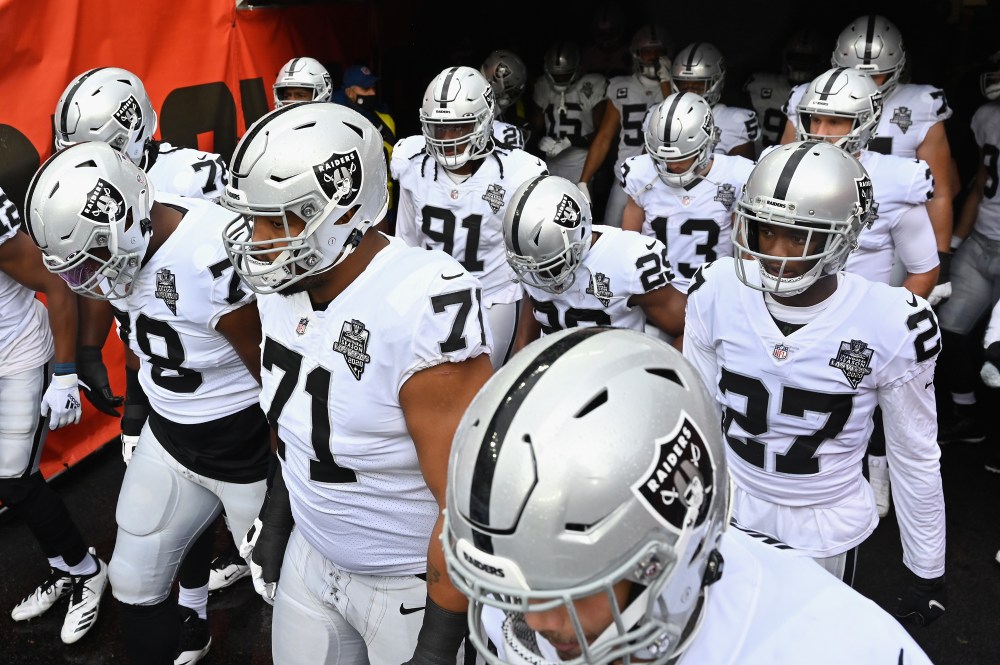