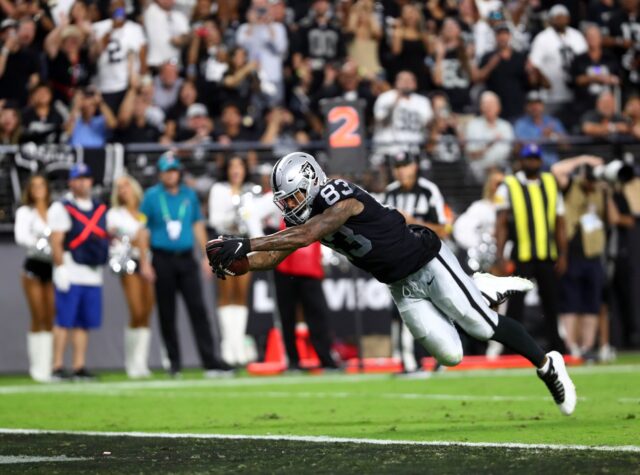 Gruden has coached a lot of great players in the past, including Raiders legends Jerry Rice, Rich Gannon, Tim Brown, Charles Woodson, and other notable players like Warren Sapp, Simeon Rice and John Lynch, but Waller holds a special place in his heart as a coach in the NFL.

Five of the legends mentioned above are Hall of Famers, with Woodson and Lynch being the latest to be inducted. Despite that fact, Gruden loves coaching Waller and seeing the progress the promising young tight end continues to make as he cements himself as one of the best players in the league at his position.

In Monday’s win over the Ravens, Waller was targeted 19 times by Derek Carr, catching 10 of those passes thrown his way for 105 yards and a touchdown. However, Waller’s only touchdown of the game came at a crucial point in the fourth quarter. The Raiders were able to tie the game with 3:44 left in the contest due to Carr’s 10-yard strike to the 29-year-old tight end.

Although the win was anything but pretty for the Raiders, Las Vegas starts its 2021 campaign off on the right note while winning its first game in front of the Silver and Black faithful at Allegiant Stadium. The fans were in for a treat with the game being on the biggest stage of Monday Night Football against a formidable opponent and a legitimate superstar in Lamar Jackson and Gruden’s crew didn’t fail to live up to expectations.

In Week 2, Waller and company will go on the road to face another AFC North foe in the Pittsburgh Steelers. It’ll be another tough test for Gruden’s squad as this team tries to defy the odds in a second straight week.