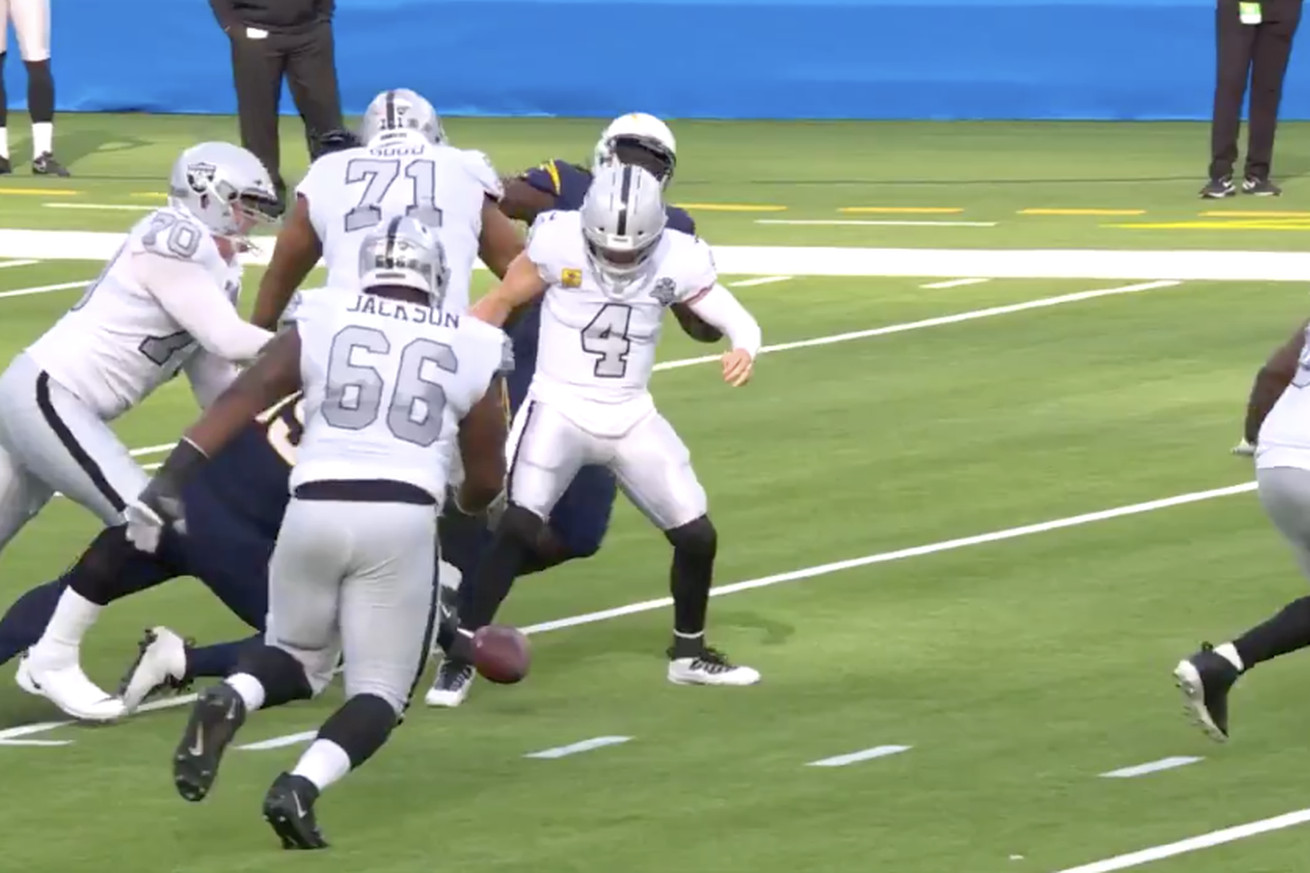 As opposed to just kneeling it and running down the clock to end the half of Sunday’s game agains the Los Angeles Chargers, the Raiders opted to try and get a play off. With 12 seconds remaining, the Raiders were clearly out of field goal range.

Derek Carr dropped back and fumbled the ball, giving the Chargers the ball back with a few seconds left.

The Chargers capitalized on the golden gift, as they knocked in a field goal to give them the 17-14 lead at the half. There’s still a whole half of football remaining and it’s only a three-point game, but hopefully this decision doesn’t come back to cost the Raiders the game.

Carr had a very mediocre first half, and this definitely didn’t help. He completed six of his 10 passes for only 44 yards. The Raiders have been running the ball well, as they have a combined 12 carries for 97 yards, averaging over eight yards per carry.