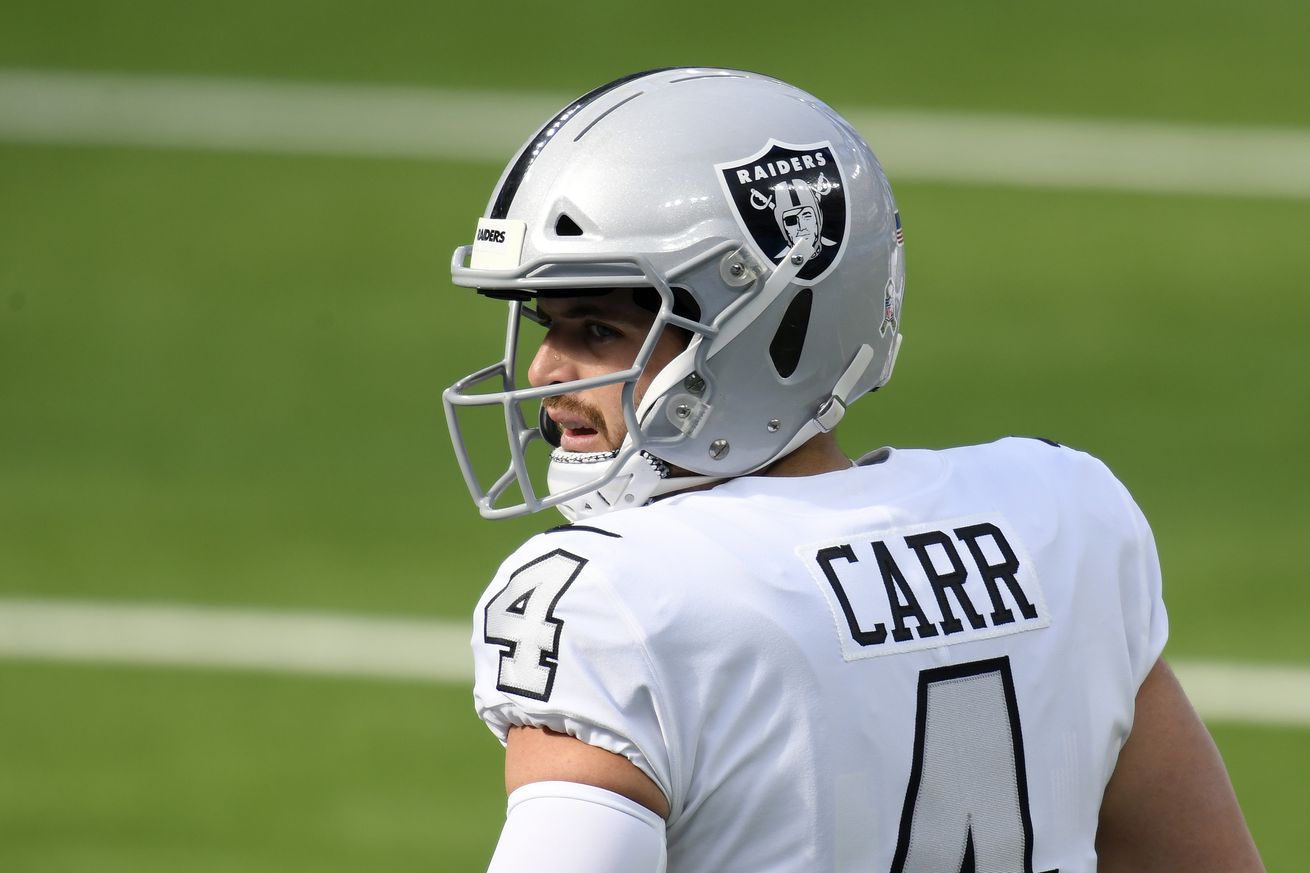 Ahead of this week’s showdown with the Broncos, Raiders fans are feeling good.

Welcome to SB Nation Reacts, a survey of fans across the NFL. Each week, we send out questions to the most plugged in Raiders fans, and fans across the country. Sign up here to join Reacts.

Whew. Is your heart still racing? It’s understandable if it is. Sunday’s game was the definition of a thriller, and though it briefly looked like the Las Vegas Raiders had lost, they ended up with two goal-line stands to propel them to victory over the Los Angeles Chargers.

And if that had you pumped up, might I be able to interest you in signing up for SB Nation Reacts so that, instead of yelling at your cat about how much you love the Raiders, you can instead yell it to the world?

But it’s not just loving the Raiders. It’s believing in them. According to the most recent Reacts survey, a full 100% of responding Raiders fans said they are confident the team is headed in the right direction. That’s up from 91% last week and 79% the week before.

That confidence will be put to the test this week when the Raiders host another division rival in the Denver Broncos. A convincing win could keep that confidence flying at the top of the chart. But a loss? Well, let’s not go there …

But there’s good news! Fans expect the Raiders to win the game, just as they did last week.

Speaking of the AFC West, we asked NFL fans who should win MVP this year, and they turned to the division, choosing Kansas City Chiefs quarterback Patrick Mahomes over Seattle Seahawks quarterback Russell Wilson. Despite Mahomes’ brilliance, Minnesota Vikings running back Dalvin Cook was picked as Offensive Player of the Year.

On the other side of the ball, Los Angeles Rams defensive tackle Aaron Donald was selected as the Defensive Player of the Year and Miami Dolphins head coach Brian Flores was picked as Coach of the Year. And the quarterback the Raiders just beat, Justin Herbert, was picked as the Offensive Rookie of the Year.

To tell everyone how awesome the Raiders are every week, sign up for Reacts here.