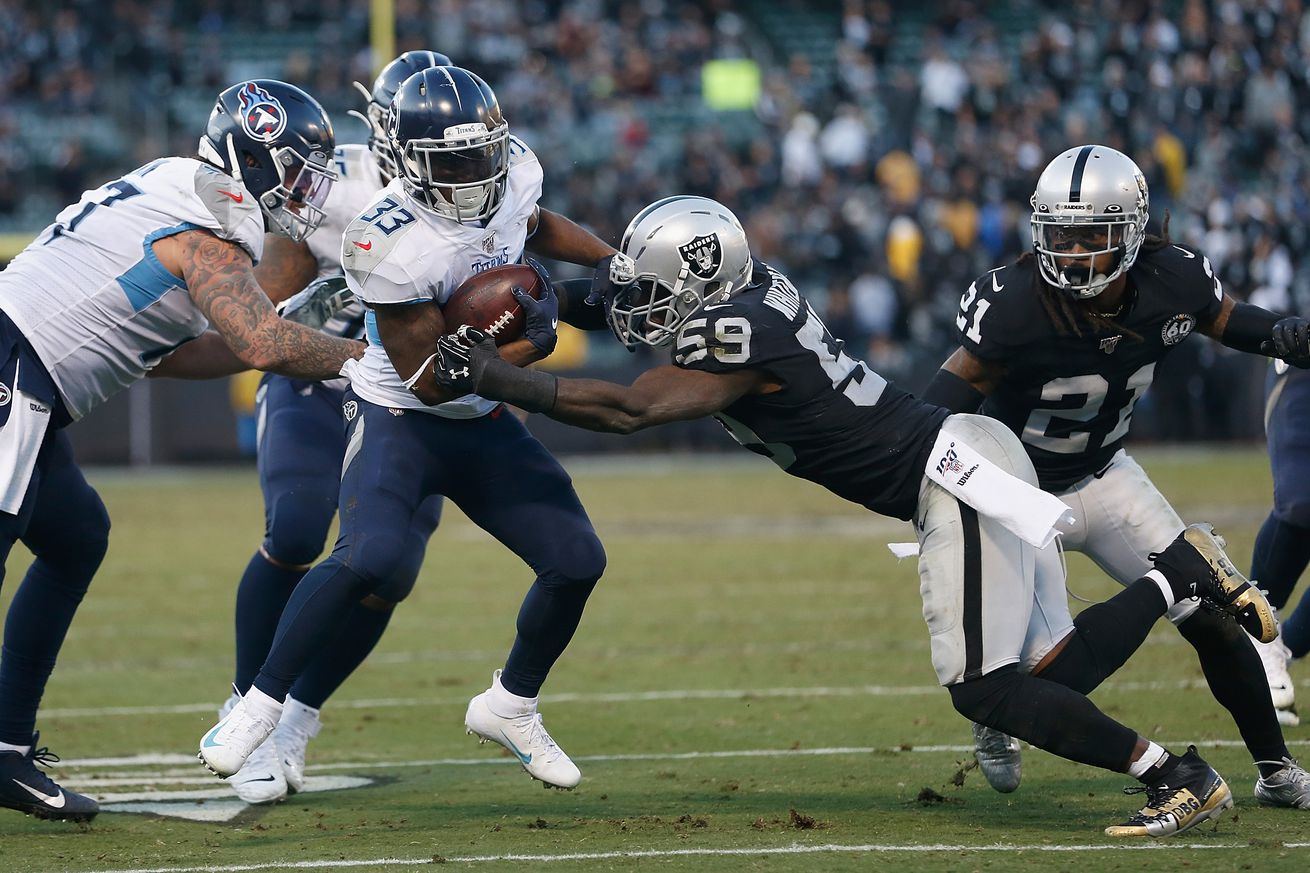 In the second to last Raiders home game in Oakland, the team hoped to send the fans out with a bang. A joyous send-off will have to wait for next week, because the Raiders let this one go in heartbreaking fashion.

The game started out with a splash play from the Oakland defense. After driving the ball over 50 yards on 12 plays, the Titans made a mistake. New Raider defensive linemen Dion Jordan tipped a pass and it landed in the arms of Maurice Hurst who returned it 55 yards and put the Raiders offense in scoring position. It only took three plays for the Raiders to get on the board first, capped off by a 14-yard rumble from DeAndre Washington, who got the start in lieu of Josh Jacobs’ absence. Washington’s TD would be the Raiders first and last lead of the night.

The Titans offense redeemed themselves quickly, driving down the field with chunk play after chunk play and finally feeding the ball to Derrick Henry, who scored his first TD of the game to make the game 7-7. The Raiders got the ball back, but were forced to punt after six plays. With the ball on their 9-yard line, it only took the Titans one pass attempt to score. Tannehill completed a long pass to A.J. Brown over Daryl Worley. Brown would sprint the rest of the way to the end-zone. And just like that the Titans lead 14-7.

Derek Carr and the offense took the field and it was the RBs out of the backfield who got the majority of the work. That is until Carr hit speedster Rico Gafford on a 49-yard pass for a touchdown that seemed to catch the Titans defense off guard to tie the game up at 14 all.

The Titans and the Raiders would each score again in the first half and a missed field goal by the Titans would leave the game 21-21 entering halftime. The Raiders didn’t answer the bell to start the second half and both sides of the ball went to sleep.

The Raiders offense had 6 drives in the second half. They went as follows:

Meanwhile, the defense started the 3rd quarter with a three-and-out, but then surrendered two consecutive drives of 80 or more yards. Henry and Brown combined for over 250 yards of offense and 4 touchdowns by themselves for Tennessee; A disappointing effort to say the least in the second half of regulation.

The offense hit a wall in the second half. The running game lost traction and Carr wasn’t able to push the ball downfield. The drops from pass catchers didn’t help and Darren Waller’s fumble was the cherry on top.

The defense failed to record a single sack on the day. Tannehill was sacked six times last week. This pass rush is still developing, but it picked the wrong day to have a bad game. The Raiders only forced one punt all game. You don’t win football games like that.