The Raiders have been hit with a lot of injuries this season, especially on the offensive line. Before the team even got to Week 2, they were missing Richie Incognito and Denzelle Good for the season.

On top of their offensive line injuries, key players such as Darren Waller, Josh Jacobs and Trayvon Mullen have also missed a ton of time. But how do the injuries for the Raiders stack up compared to the rest of the NFL?

In a recent article by ESPN, they looked at the number of missed starts for each team due to injury. According to the site, the Raiders have lost 32 starts due to injury. Here is what Paul Gutierrez of ESPN had to say about their injuries this season:

“Well, a year after the Raiders’ projected starting offensive line played all of three snaps together, this season’s projected O-line never got on the field for a regular-season game. Not with left guard Richie Incognito injuring his right calf in a joint practice with the Rams on Aug. 19, and not with right guard Denzelle Good being lost for the season with a torn ACL in his left knee in the opener against the Ravens.

Pro Bowlers Darren Waller (ankle/knee) and Josh Jacobs (ankle) have each missed two games at tight end and running back, respectively. The Raiders have been relatively healthy on defense, with cornerback Trayvon Mullen missing seven games thus far with a toe injury.”

The good news for the Raiders is that Waller and Mullen should return to the starting lineup this week or next. They have a few other injuries to some key depth pieces, but they are fairly healthy entering the final five games of the season.

With the playoffs still being a possibility for the Raiders, they need all hands on deck to make a push. They’ll likely need to win four of their final five games to make the tournament, but at least they will have most of their best players available to make a run.

LOOK: Best images from the Raiders Week 13 game vs. Washington 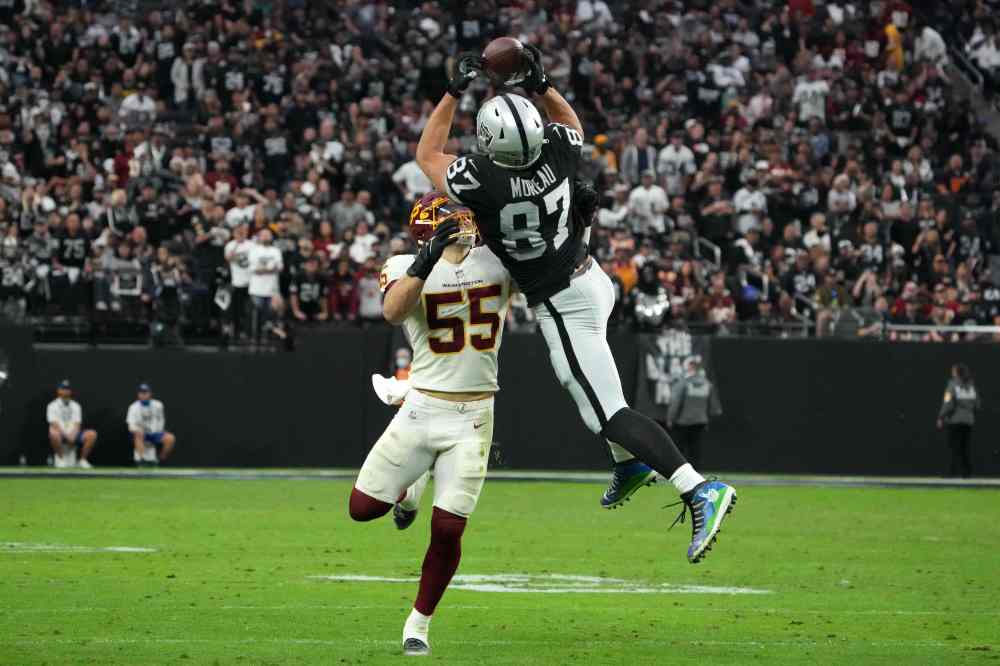