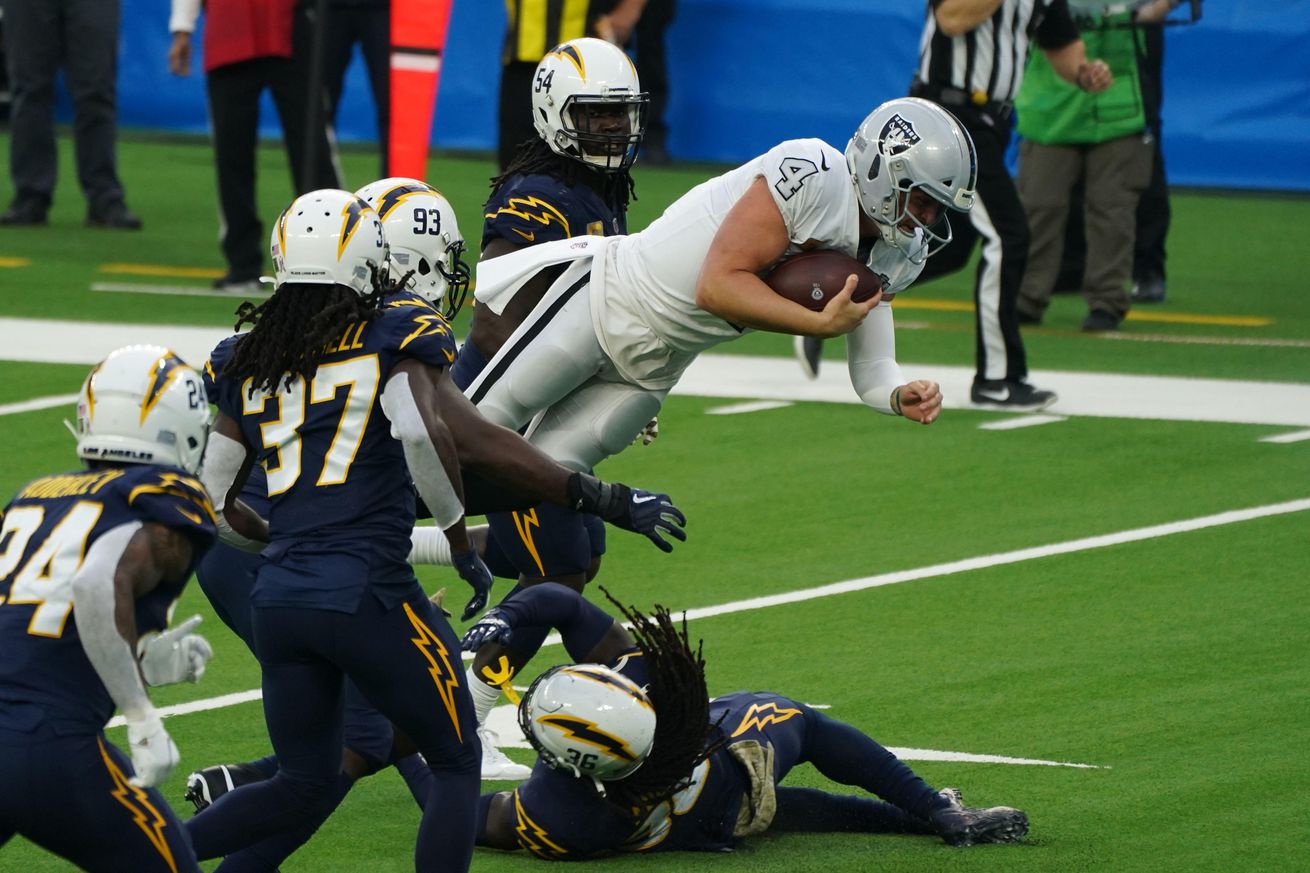 While we will all remember the heroics of backup cornerback Isaiah Johnson in the final two plays of a 31-26 win at the Los Angeles Chargers on Sunday, a huge play by Las Vegas Raiders’ quarterback Derek Carr deserves its own place in our memory banks.

We all know the details: Carr did his best “Superman” leap to convert a key third down play in a third quarter drive that helped secure the win over the Chargers.

On Monday, Raiders coach Jon Gruden was asked to rate the leap and he played along.

Seriously though, Carr’s use of his legs this season has been key. Time after time, the quarterback had made something out of nothing to keep drives alive. Carr, in his seventh NFL seasons, is using his legs the best of his career and Gruden is fired up about it.

“We talked about Derek scrambling and creating more offense with his legs,” Gruden said. “I think he’s rushed for 10 or 11 first downs now. That’s consecutive week’s he’s converted a play on his own on third down-and-10-plus. So that’s a huge winning edge for us is Carr’s improvisation and scrambling ability. As long as he protects himself and protects the ball, that’s the most important thing.”

With the occasional Superman leap sprinkled in, of course,