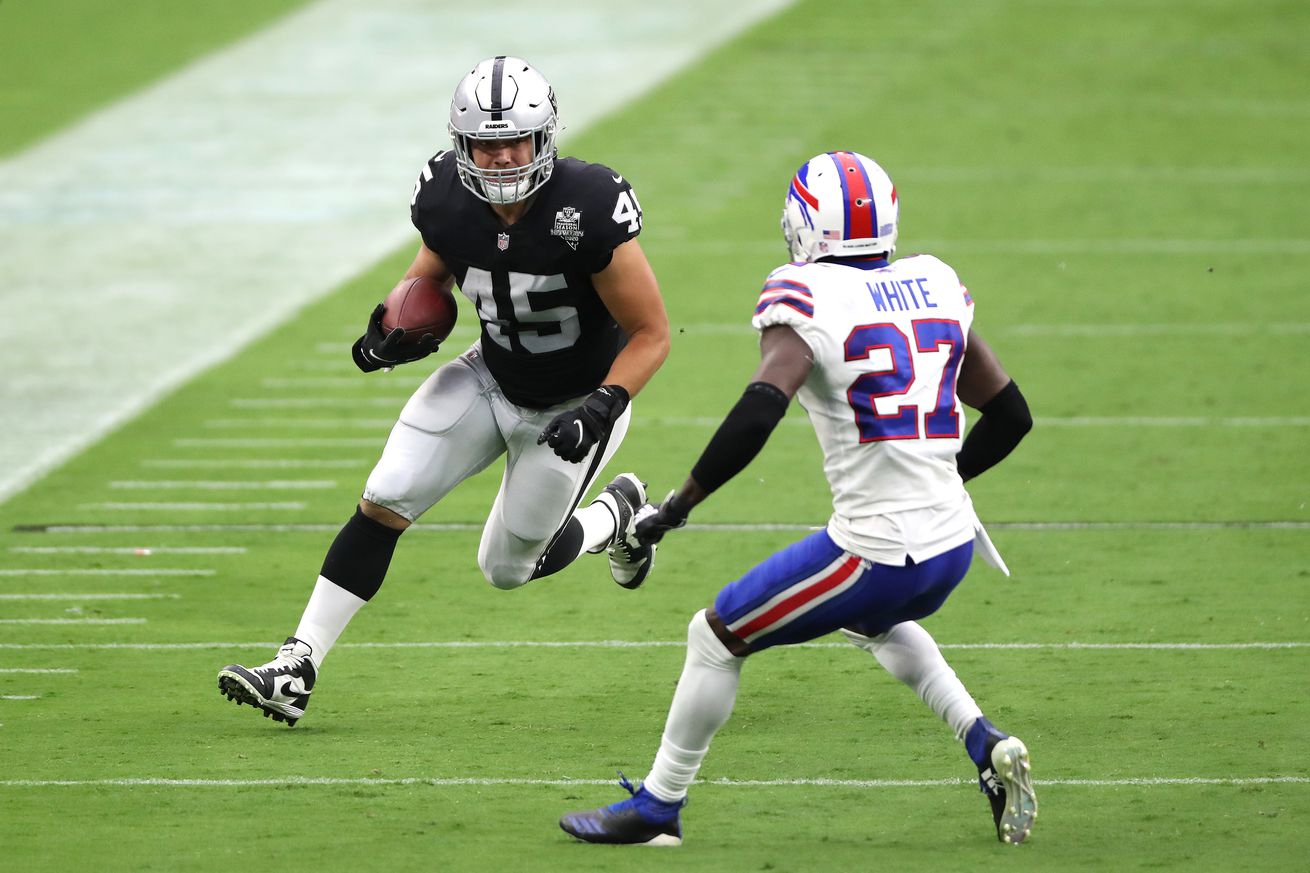 Starting cornerback Trayvon Mullen was also not practicing on Wednesday

The Las Vegas Raiders got a mixed bag of injury news on Wednesday as they began the preparation for Sunday’s home game against the Denver Broncos.

Left tackle Kolton Miller — who missed Sunday’s game with an ankle injury — is still out of practice, but fullback Alec Ingold was back on the field.

Ingold had to go to a Los Angeles hospital on Sunday after hurting his ribs in the second quarter of the Raiders’ win over the Los Angeles Chargers. He flew home that night and had X-rays taken Monday, prompting Raiders coach Jon Gruden to say he was concerned about Ingold’s health. Yet. the fact that he was on the practice field Wednesday was good news.

The other good news for the Raiders was that backup pass rusher Arden Key was on the field after missing two games with a foot injury.

However, in addition to Miller, right tackle Trent Brown and left guard Richie Incognito did not practice Wednesday. Brown is on the NFL’s reserve/COVID-19 list and Incognito is on the injured reserve. It’s likely that Incognito will return sooner than Brown, who reportedly will miss a month.

Also, starting cornerback Trayvon Mullen remained out after leaving Sunday’s game with a hamstring injury. If he can’t play Sunday, Isaiah Johnson will likely play. Johnson saved the win over the Chargers will back-to-back plays in the end zone at the end of the game.

Also, defensive tackle Maurice Hurst, who missed the Chargers’ game with an ankle injury, did not practice Wednesday. The Raiders will know more about their injury status for Sunday’s game Friday, but Wednesday did offer both positive and negative injury results.