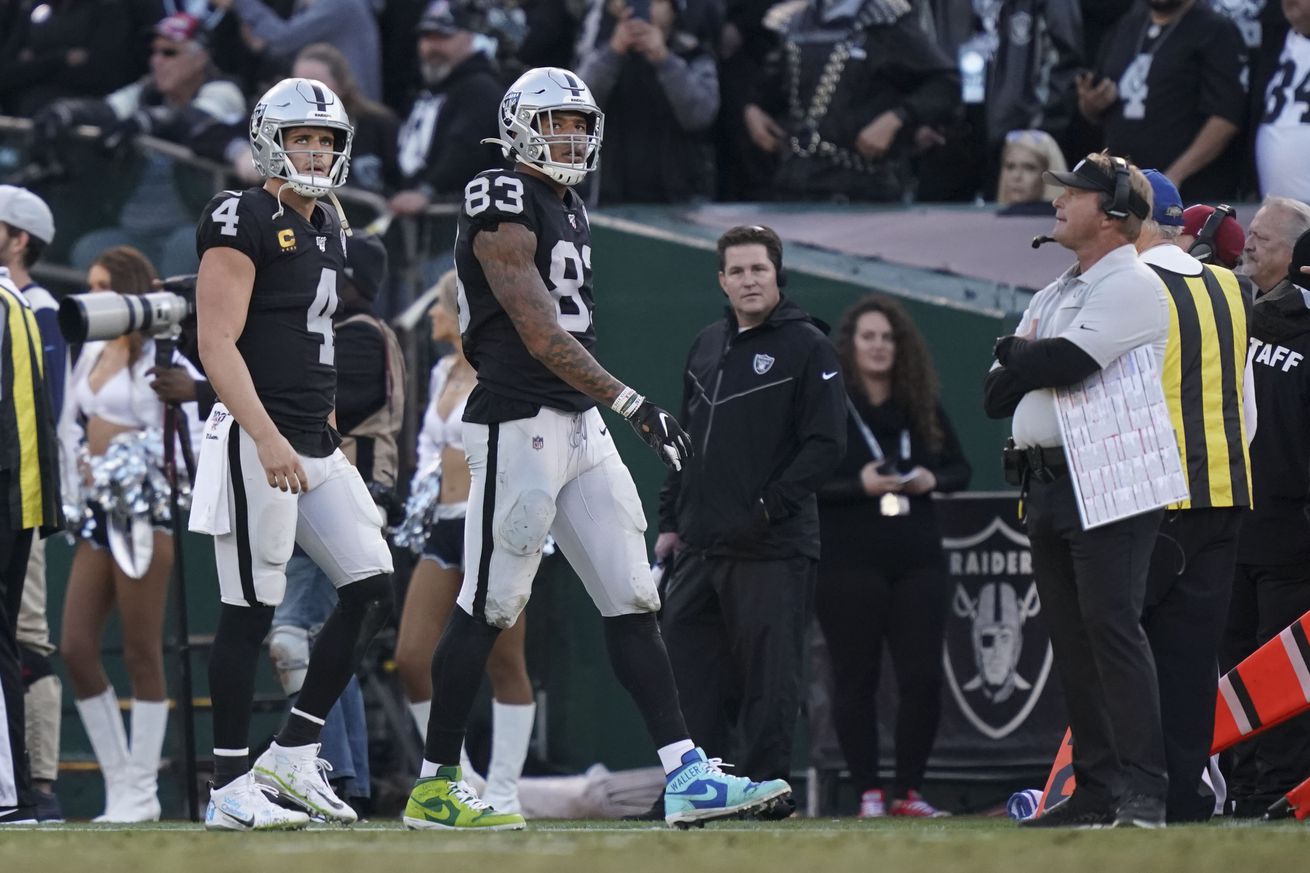 It’s safe to say that things have hit rock bottom for the Raiders following their third straight defeat. During the three game skid, things have gotten ugly as Oakland has been outscored 116- 33.

The Week 15 power rankings are out and the free fall down the ranks continues.

The Baby Raiders’ magic has run out. On Sunday, Oakland absorbed its third consecutive lopsided defeat, this time a 42-21 setback at the Black Hole. Now 6-7, the Raiders’ playoff hopes are essentially extinguished with three games to play. Their divisional path is already sealed off after the Chiefs clinched the AFC West with a win over the Patriots. Derek Carr and the offense were shut out in the second half against Tennessee, but it was Oakland’s defense that shoulders most of the blame for the latest defeat. The Titans rolled up more than 550 yards of total offense, turning a game that was tied 21-21 at the half into a blowout by the fourth quarter. Jon Gruden and GM Mike Mayock have done great work finding young players to build around, but the Raiders have plenty of holes to fill as they look ahead to the offseason.

The Raiders were supposed to improve upon their league-low 13 sacks — and through 13 games, they have more than doubled last year’s output with 27. Still, having FPI’s 31st-ranked total defense is more than an eyesore and does not reflect much improvement. Not when the Raiders, with a playoff run in their midst, have lost three straight games by 31, 31 and 21 points, respectively

The Raiders are flushing away all the positives from earlier in the season, thanks mostly to Derek Carr’s poor play with key players around him getting hurt. The defense had been holding up against the run with a good pass rush, but now it’s falling apart.

Marriage with Josh Jacobs looks like a winner. He was despondent after being deactivated Sunday. Meanwhile, Raiders have changed Twitter avatar to campaign for his offensive rookie of the year candidacy.

So much for the idea of this team surging. They are done. On to Vegas.

What was once a promising season has gone south fast. The Raiders need to stop the bleeding and salvage what is left of 2019 as they move into a new market in 2020.