Derek Carr just keeps getting better and better. His performance against the Chiefs on Sunday Night Football was arguably the best of his career as he was in complete control on every snap. But that game wasn’t a surprise to anyone who has watched Carr over the last two months as he has been playing at an elite level for some time now.

Just how well has Carr played this season? Consider this. According to Pro Football Focus, only two quarterbacks have higher grades from the site than Carr since Week 5; Deshaun Watson of the Houston Texans and none other than Patrick Mahomes of the Kansas City Chiefs.

Carr has been playing like a franchise quarterback for the last two years under Gruden. He’s finally playing in an offense that suits his skillset and the front office brought in talent that fits him. Carr currently has the highest passer rating of his career and the Raiders’ offense has never been better.

If Carr can continue to play at this level for the next six weeks, the Raiders are a lock to make the playoffs and could be one of the league’s most dangerous teams come January. His development over the last three seasons has been remarkable and he’s finally reaching the level of play that so many fans hoped for when the team drafted him in 2015. 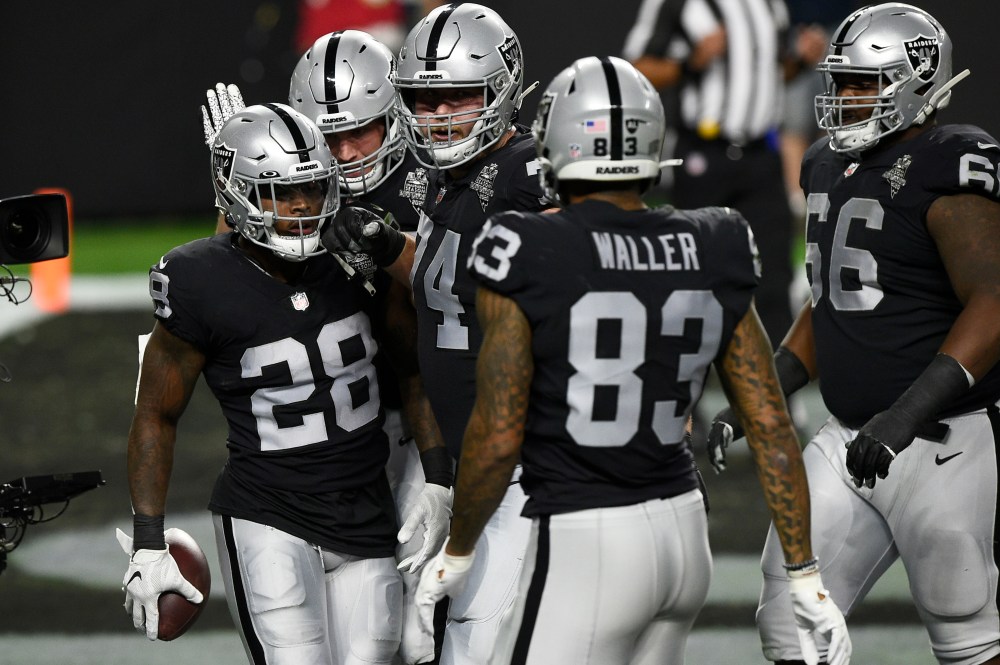