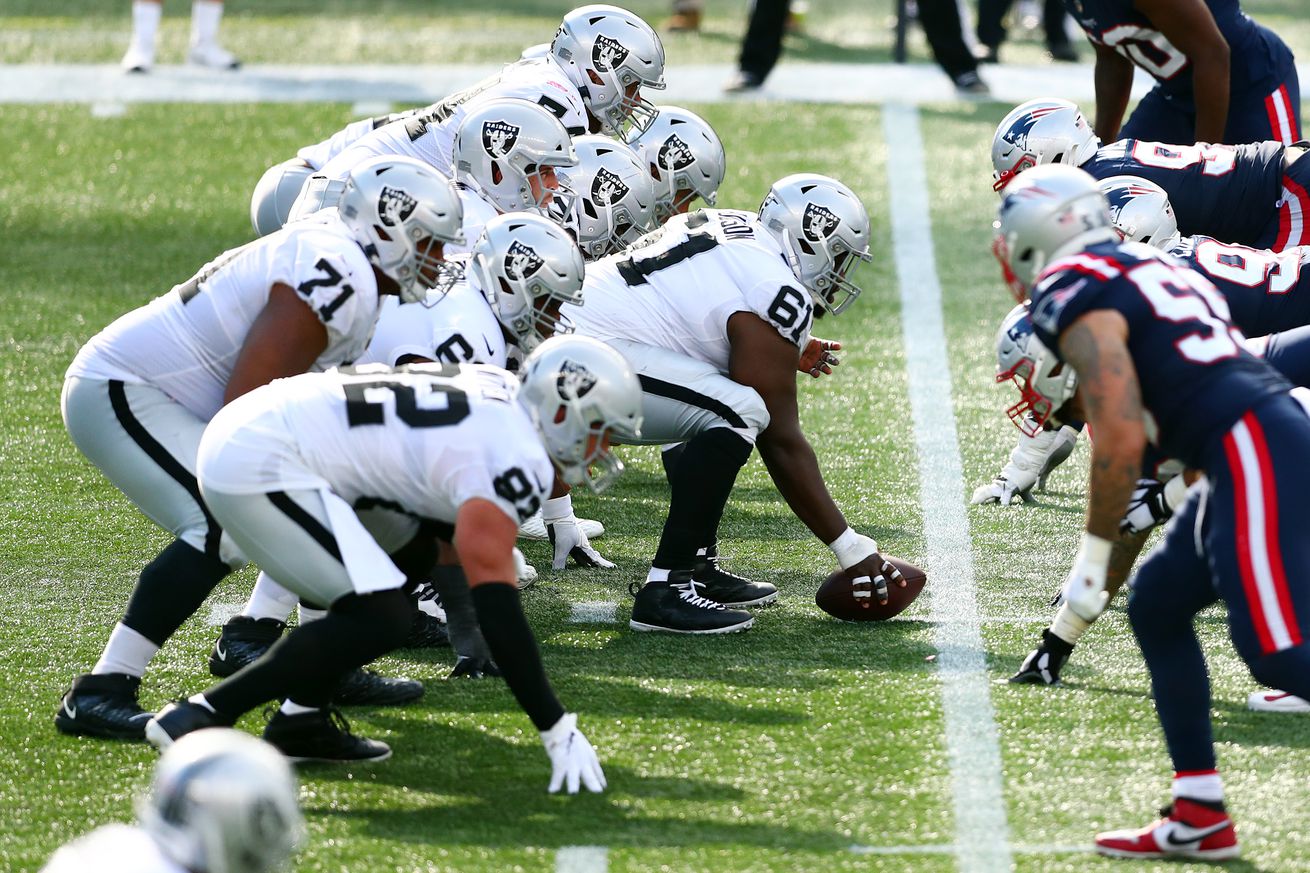 As expected, the Las Vegas Raiders have activated four starting offensive linemen from the NFL’s reserve/COVID-19 list. All four are expected to play Sunday against the visiting Tampa Bay Buccaneers.

The offensive lineman who were activated are center Rodney Hudson, guards Gabe Jackson and Denzelle Good and left tackle Kolton Miller. Their clearance became possible when the team didn’t report any new positive coronavirus tests by Saturday morning. They all must pass their tests Sunday morning to play,

All four Raiders OL who were placed on the Reserve/COVID-19 list due to exposure to RT Trent Brown have been removed from the list and ARE available to play tomorrow: LT Kolton Miller, C Rodney Hudson, G Gabe Jackson and G Denzelle Good.

The four offensive linemen have worked virtually during the week, but they missed the entire week of practice. Thus, the Raiders’ offense will be challenged early as the players try to regain their timing. Brown will be replaced by Sam Young,

The Raiders also promoted newly signed defensive end David Irving from the practice squad. Irving was signed this week. He has not played in the NFL in two years, but clearly he showed enough in a few days of practice to warrant a spot on the active roster. Cornerback Dylan Mabin was also promoted.